Our recent 3 week European getaway stemmed from one initial thing: a $99 fare to Iceland.

Iceland is one of those magical places that’s sort of out of a fairytale. “What’s in Iceland?”, my parents asked, confused as to why I would want to venture off to a freezing, faraway land. Iceland has actually grown exponentially thanks to social media over the last couple of years, and it’s said to be one of the most popular travel destinations of 2017. This is also largely due to the budget friendly prices of WOW Air.

WOW gained quite the reputation by providing $99 fares to Iceland from many, major US cities. We bought $99 flights from LAX-KEF (Los Angeles to Keflavik), and since we are based out of Honolulu, we just flew to LA on standby to keep our costs low.

Depending on where you fly from, you can still get this deal now during the off-season (right now some flights are $70!), or something close to it in price.

Here is our full review of flying with WOW Air.

The booking process is fairly simple, and I found the interface easy to navigate. WOW just recently changed their booking system, and they now offer 3 types of ticket prices: WOW Basic, WOW Plus, and WOW Biz.

WOW Basic is just your base fare ticket.

WOW Plus includes your base fare and a personal item, carry-on bag, checked bag, and cancellation protection.

WOW Biz includes all of the above, plus and in-flight meal and XXL legroom.

If I were you, I would go with WOW Plus. The ticket price is about $100 more from basic, but it takes care of all your baggage and then some. WOW Air just got rid of their free carry-on bag, so if you just get the base fare, it would cost more to separately add on a carry-on ($50.99), and even more so for a 20kg check in bag ($70.99!) It depends on if you’re traveling light or not, but in many cases WOW Plus is in my opinion, your best bet.

We booked and traveled before WOW’s recent changes. Our total cost for 2 one-way tickets, LA-KEF with 2 carry-ons, 2 personal items, and 2 20kg checked bags was $360. Definitely very affordable in my opinion! 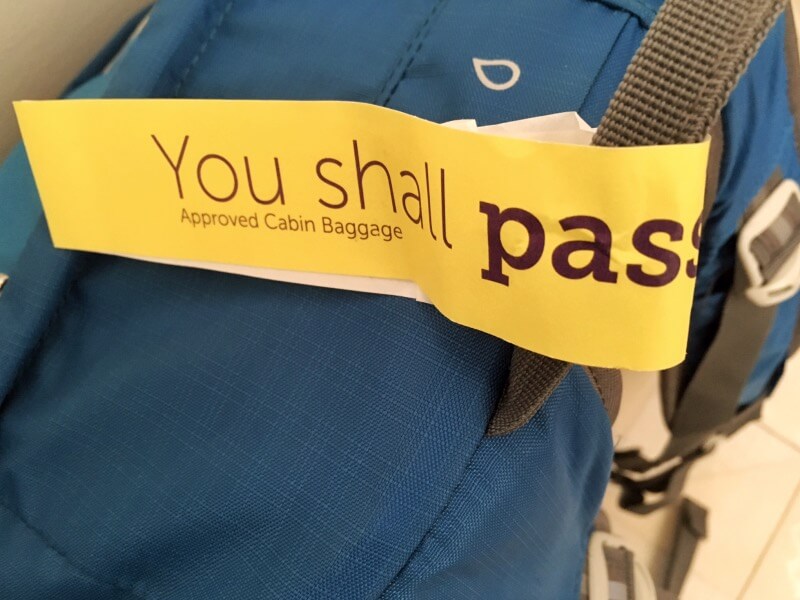 Check-in was mildly stressful, but not too bad. We had 2 experiences, once in LA and once in Iceland, and both times the employees were pretty strict with the baggage policy. While they didn’t weigh our carry-ons (they were backpacks and small luggage), they do tag all carry-ons and personal items to show that the item was reviewed and approved by WOW staff.

WOW is also very strict with their check-in times, so follow the rules! Our friend who met us in LA was actually not allowed on the flight because he was 10 minutes late to check-in. 10 MINUTES! He ended up having to book another flight a couple days later, so make sure to arrive to the airport very early! 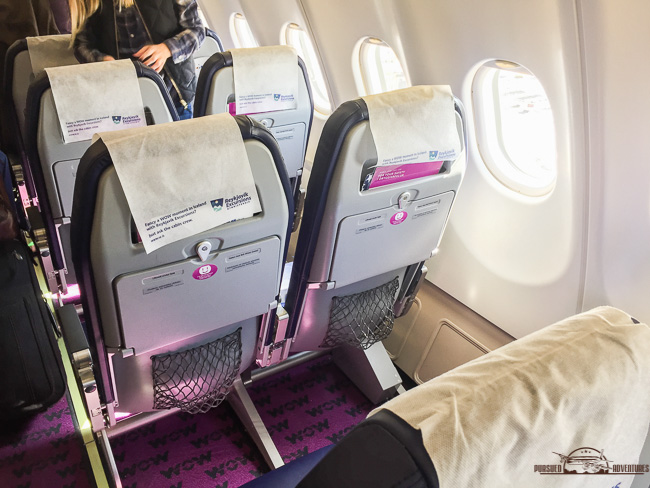 I found the cabin experience to be quite pleasant. The standard seat was pretty comfy, and even the boys found that they had decent leg room. (If you need the extra leg room though, WOW Biz is an option. XXL leg room is $61 purchased separately.) The seats recline your average amount. (The recline button is different and hard to locate though, so much so that people thought the seats couldn’t recline at all.)

I really liked the modern feel of WOW and admired the cheeky sayings all over the plane. The plane was clean and the flight attendants were kind, but don’t expect any extra amenities on this budget airlines. There were no movies/entertainment options and no free cart service. (I expected this due to the cheap fares, but the boys could not believe that they didn’t even get free water lol.)

Since there was no free beverage service, I’m sure you guessed that there is no free food either. They do offer a small menu, although the prices are a little steep and definitely a preview as to how expensive Iceland is. My tip is to bring enough snacks/drinks on the plane so you don’t have to shell out $7 for a tiny bottle of water and chips.

The boys also did mention that they did not like how often the flight attendants went up and down the aisles. Unlike many airlines where they offer food at certain times, the attendants routinely walked up and down offering food, and were constantly buzzed for more snacks. I didn’t notice as I had the window seat, but I can imagine that it could get annoying. 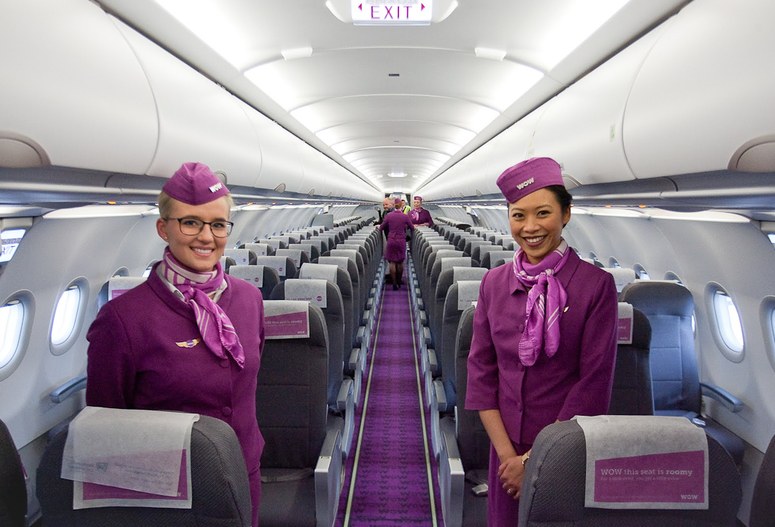 Would we fly on WOW Air again? Totally! It’s pretty hard to beat a $99 ticket to Europe, and even with baggage your ticket price is still very affordable. Compared to other budget airlines I’ve flown on so far, I think WOW is also pretty up there in terms of leg room, and the service isn’t bad.

While WOW is strict in reviewing your luggage, I did appreciate that they didn’t weigh carry-ons/personal items. (We’ve experienced that in Australia, and it’s VERY annoying!) They do weigh your check-in bag though, so remember to keep that under 15/20kg. I feel as long as your early to the airport, comply with baggage policies, and don’t expect any extras such as food or wifi, you’ll have a great experience with WOW. It’s a terrific value, and a great way to explore Europe on a budget!

Would you fly on WOW Air?

How To Fly FREE For 2 Years!

The Ultimate Guide To The Blue Lagoon In Iceland

The Beginner’s Guide to Travel Hacking

Secret Food Tours Paris – Eating and Drinking Like A Local