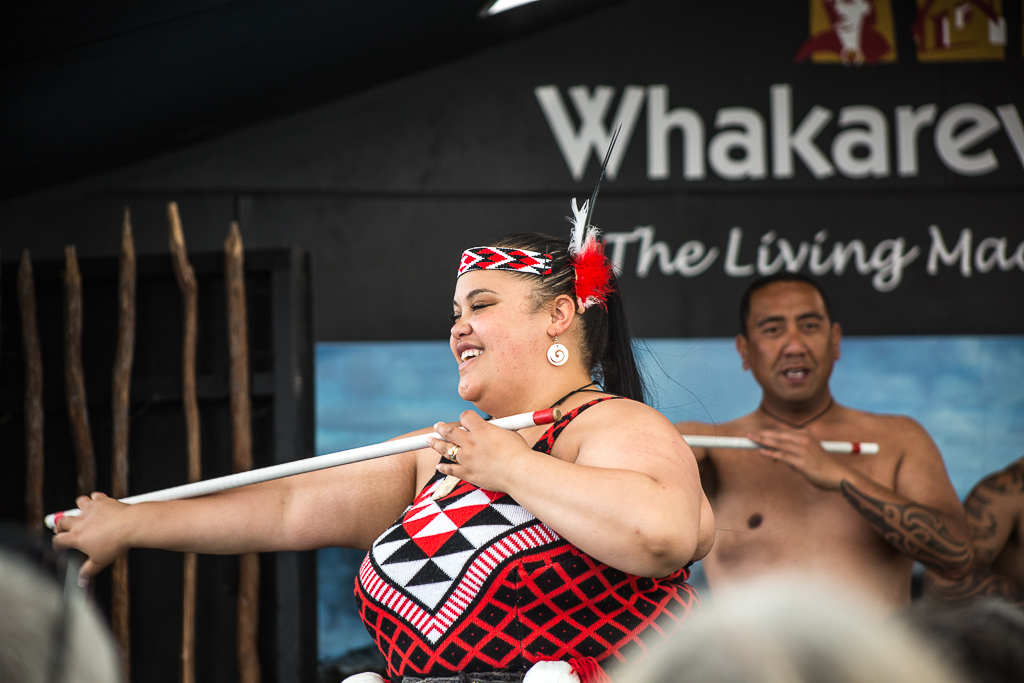 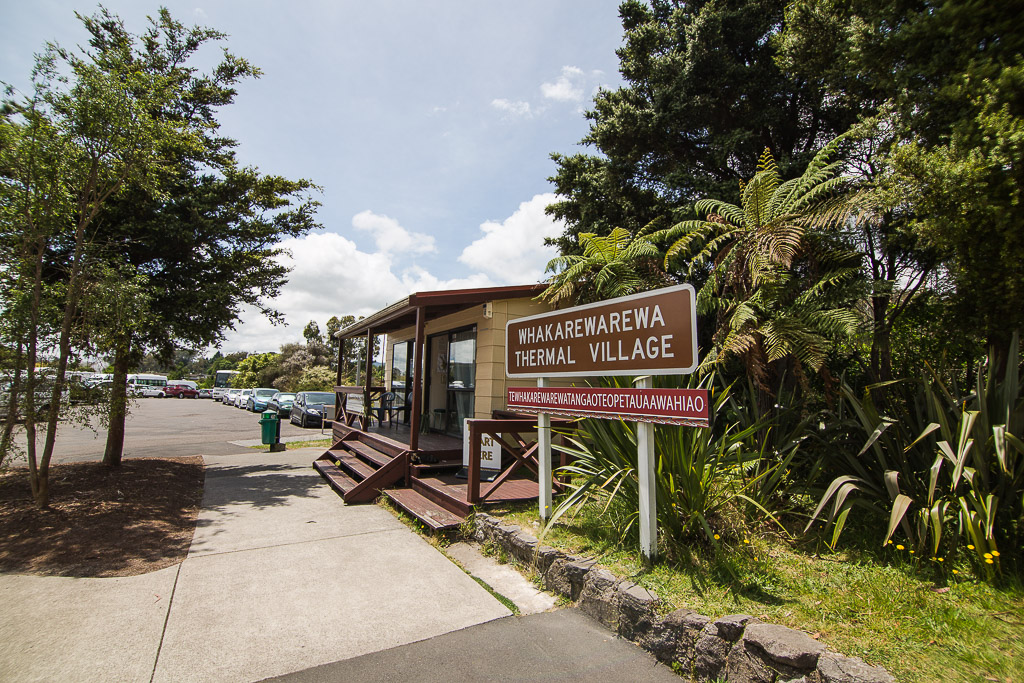 One thing that we really wanted to do while in New Zealand was learn more about the Maori culture. Being Hawaiian, we were excited to learn from our fellow Pacific Islanders! While in Rotorua, we headed down to Whakarewarewa.

Whakarewarewa (say that 10 times fast), is an actual living Maori village. Unlike other ‘villages’ that are representations, the Maori people actually live and work in Whakarewarewa full time, and our tour guide was essentially showing us her home. 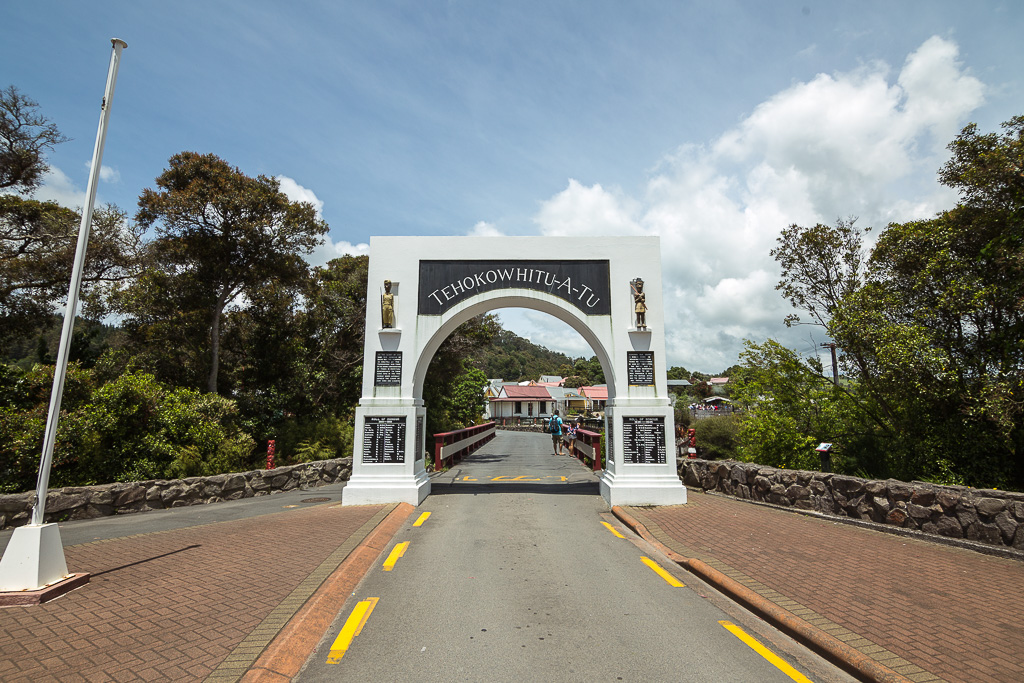 Since over 200 years ago, the tribes (Tuhourangi/Ngati Wahiao) in Whakarewarewa have been giving tours of their home as their way of life. While they have all of the amenities of modern day, (“We’d die without wifi!”, voiced by our tour guide), they still partake in many cultural traditions. The village is also situated on geothermal land, which they use as one of their main energy sources. 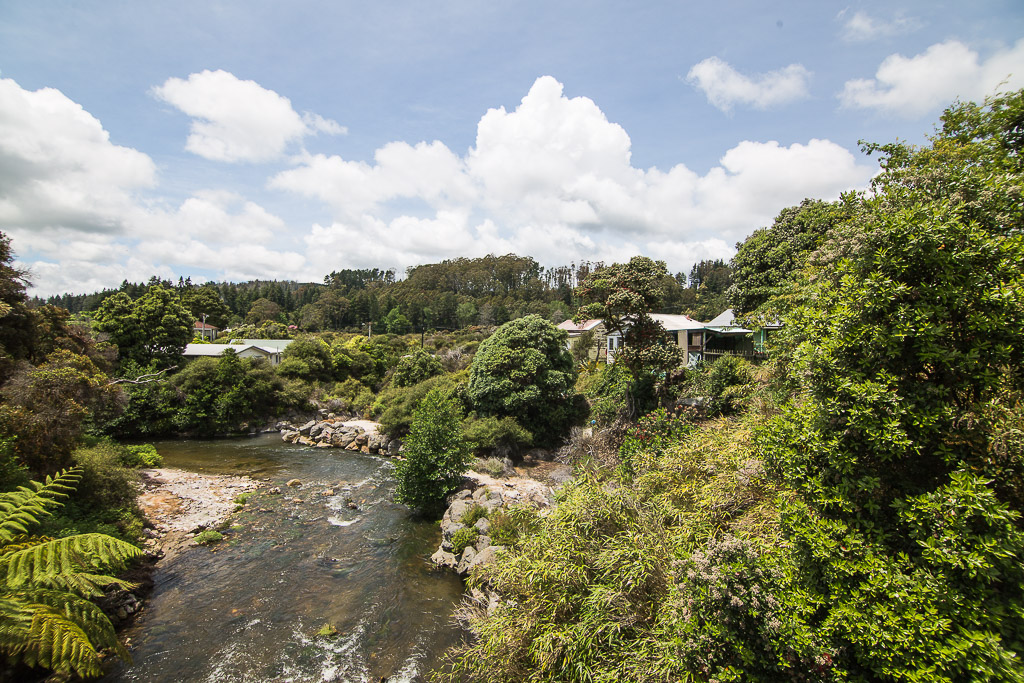 We purchased our tickets at the office (if you do it online, you’ll probably be able to find a discount!), and soon met up with our tour guide. She explained the villages history and chanted for us in Maori (so beautiful, I love the Maori language!), and we soon got on our way.

Our first stop was a river where her cousins swim, and we were asked if we wanted to donate some coins. Apparently it’s a tradition for guests to throw change and the younger village members swim in the freezing waters to make some money for themselves. It was a bit odd, but we found it very interesting! We then headed to other parts of the village. 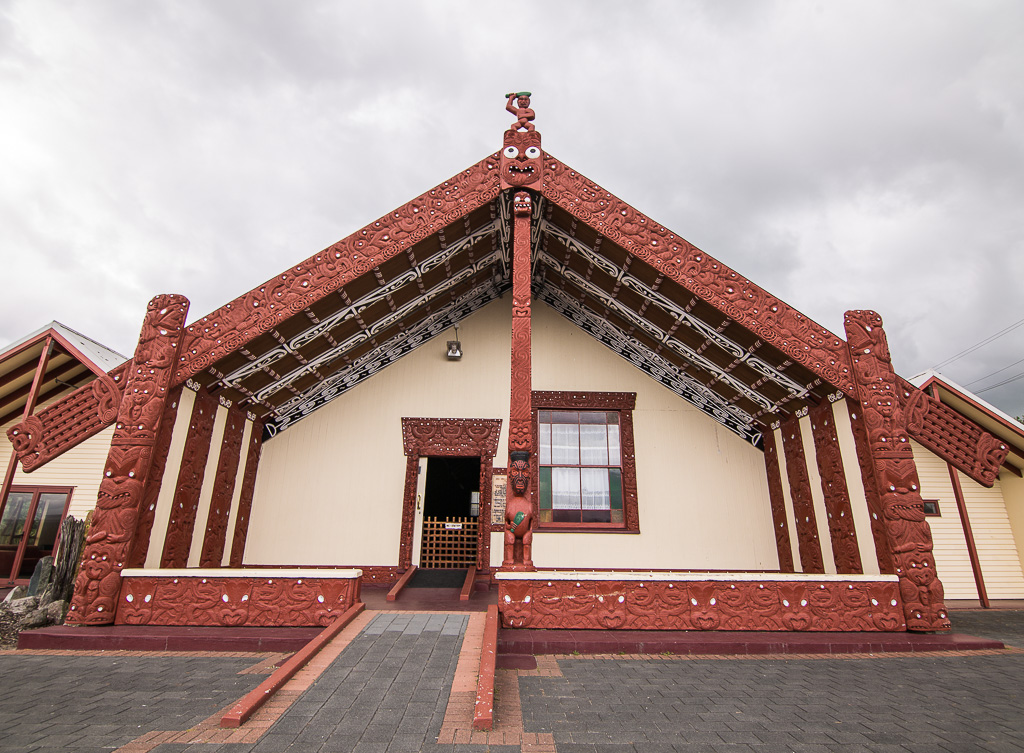 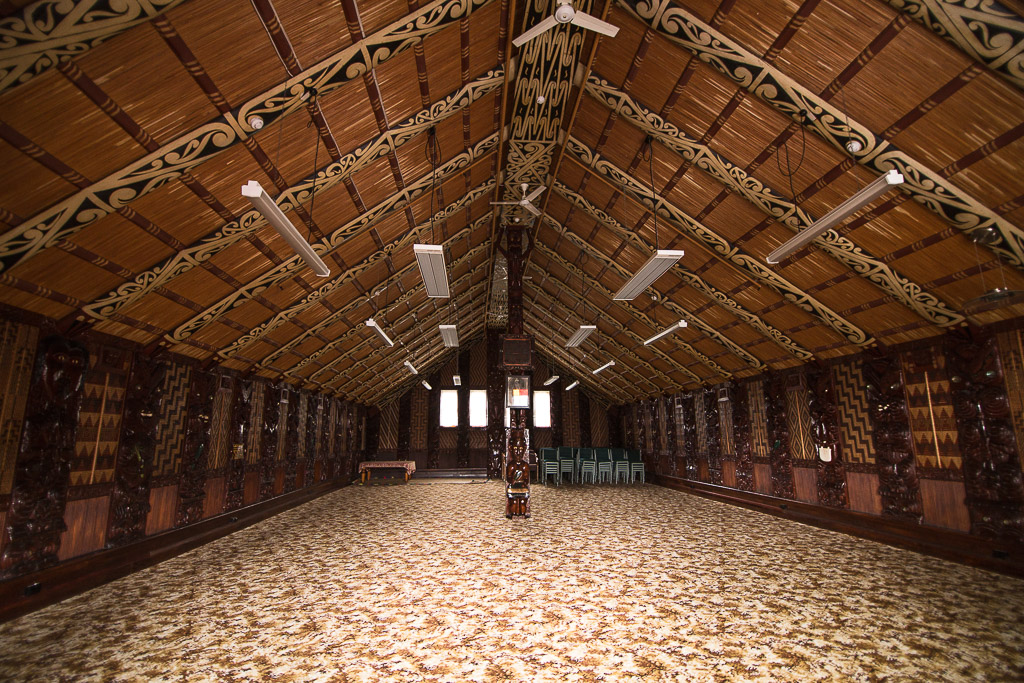 One part that really stuck with me was this one house where people go to grieve a loved one when they pass away. I believe it was 3 days that everyone goes and stays inside, recalling moments with the loved one and grieving together as family. It sounds like a beautiful tradition and it was so impactful that they let us view such an intimate part of their lives, it really struck us! I honestly got a bit emotional, and it really made me miss and appreciate my own Hawaiian culture. 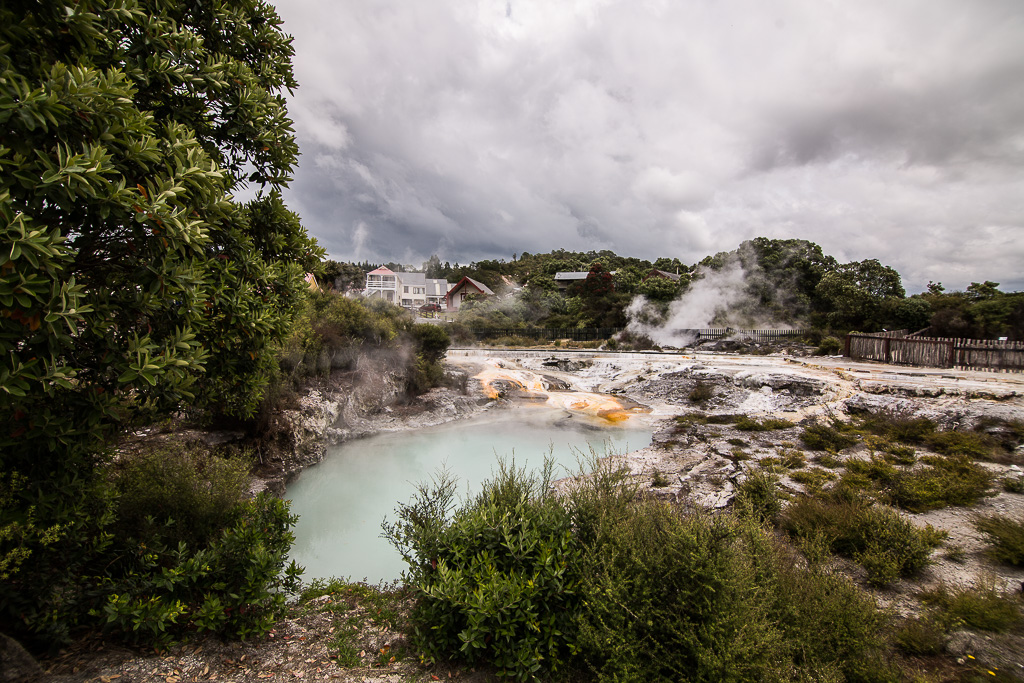 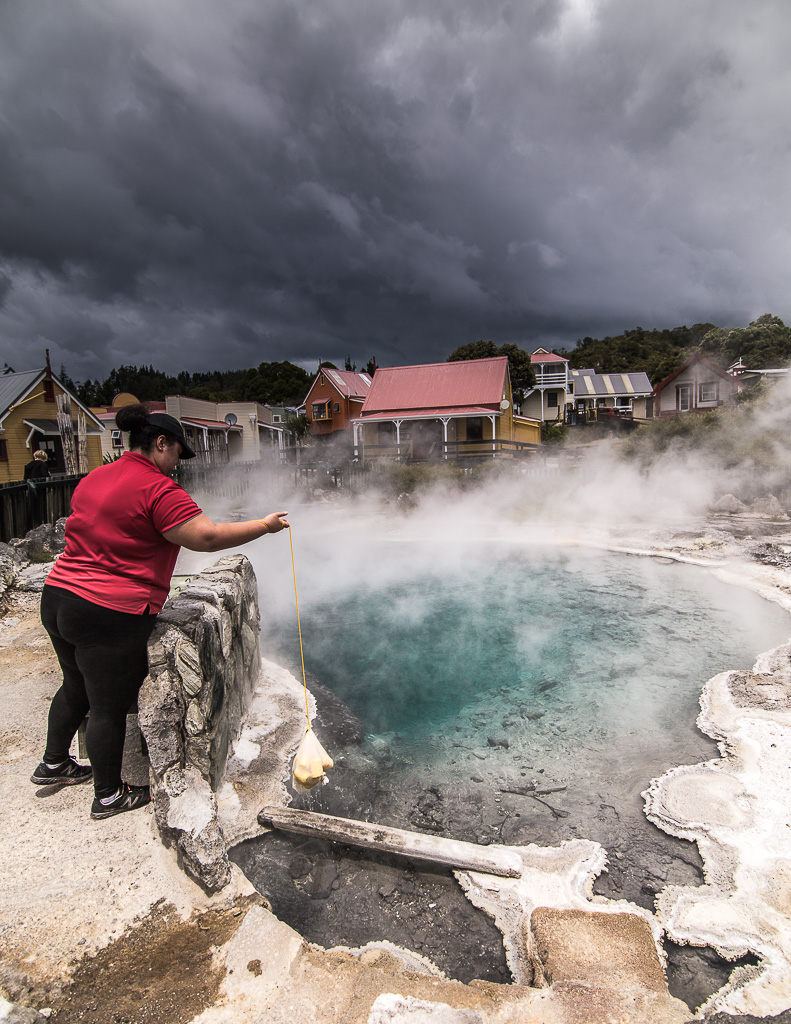 Taking boiled corn out of the natural kitchen appliance!

We were later showed their thermal pools, as the entire village is situated on thermal waters. They actually still cook their food in the boiling waters, as it’s a natural, healthy source that they say makes the food taste great.

While they have kitchens and appliances, many still cook their food inside the pools (and hotboxes that use the thermal steam) as it’s simply the easiest way to cook their food. (You would never need a crock pot again!) 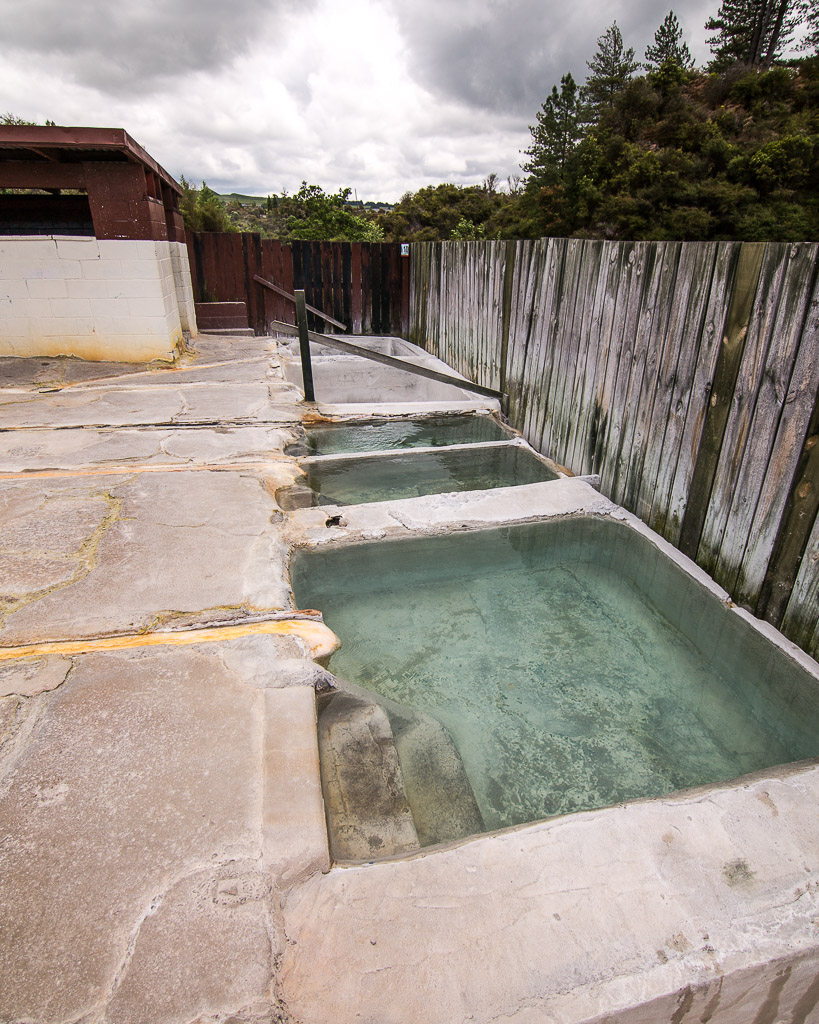 Many villagers also still bathe in the communal pools shown above. The water is said to have healing properties, and is a free hot bath without adding to your electric bill!

Men and women both use the communal baths, and they are introduced to it as young children. It’s an interesting notion that defies standard societal standards, but our guide said everyone is very respectful and comfortable in the process, as it’s something they have always done. 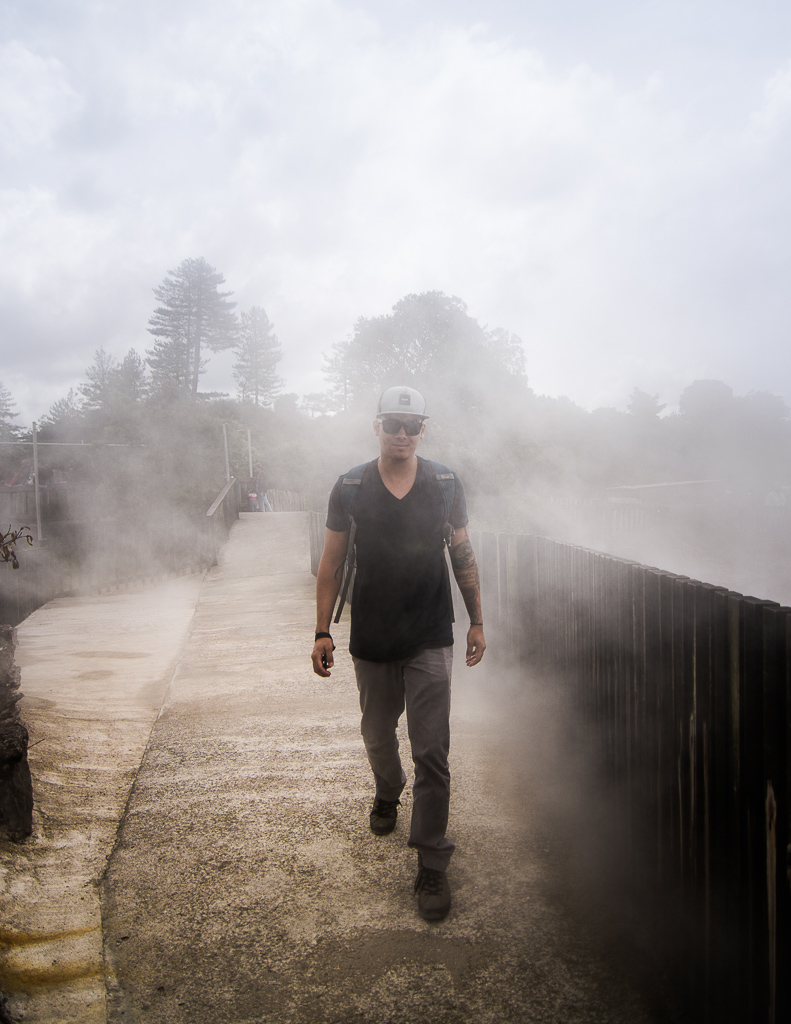 One of our final stops was an area where we watched a performance that included traditional dancing and singing – it was very nice! 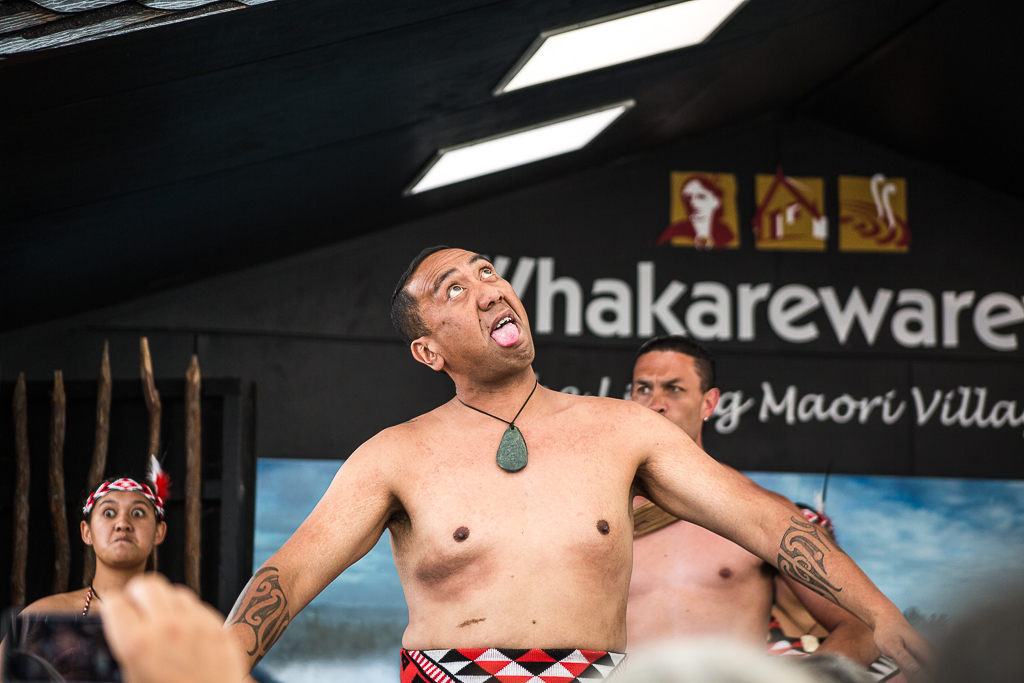 This picture shows an example of the haka. The Hawaii college football team actually does a version of the haka before their games, so we were familiar with the act. The widening of the eyes and sticking out of the tongue was used to intimidate opponents in the battles. 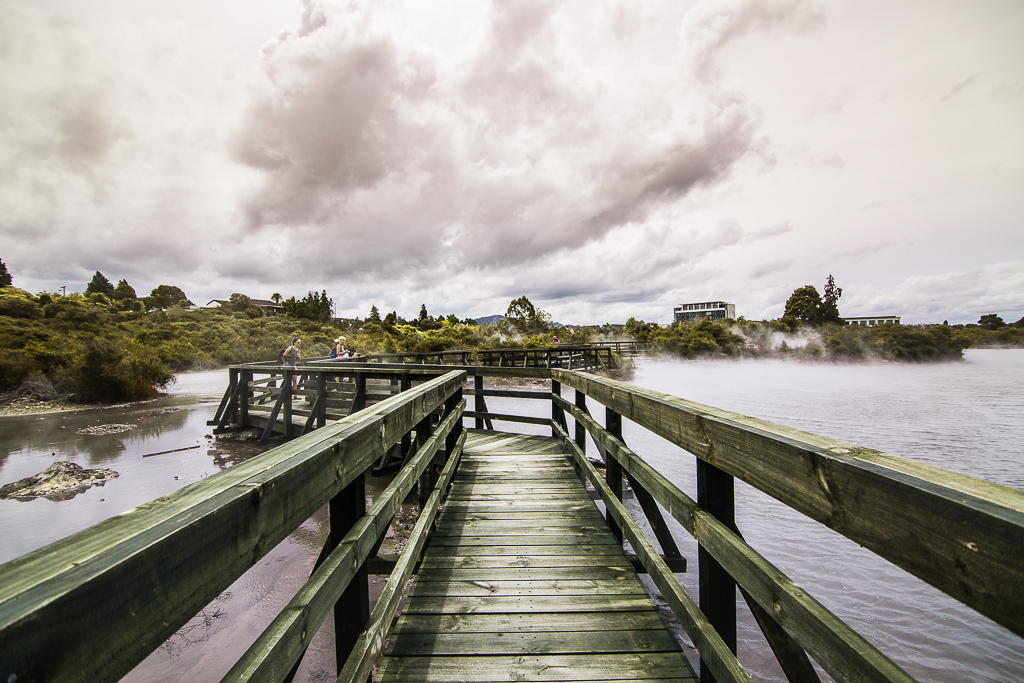 At the end of our tour we were free to walk around before we left, so we explored more of the village, specifically the cool bridges over the steamy, thermal water. 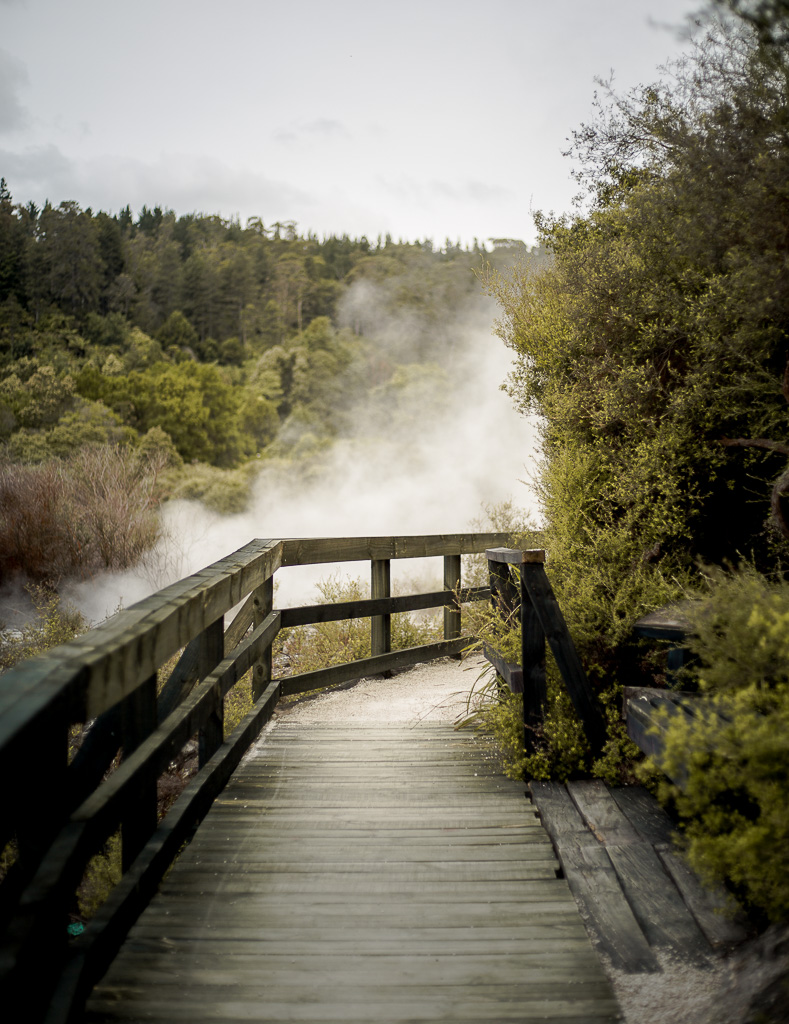 We had a great time at the living Maori village, and we were thankful to have been given a glimpse into their lives, culture, and history. The tour was extremely informative and always entertaining – we highly recommend it!

The Top 6 Waterfalls In Iceland That You Need To Visit