Chichen Itza was our 2nd ‘New Wonder of the World’ that we had the privilege of visiting. (Our first was the Colosseum!) About a 3 hour drive from Cancun (200km), we decided that it would be worth it to make the trek in our rental car – and what a long, treacherous trek it was. 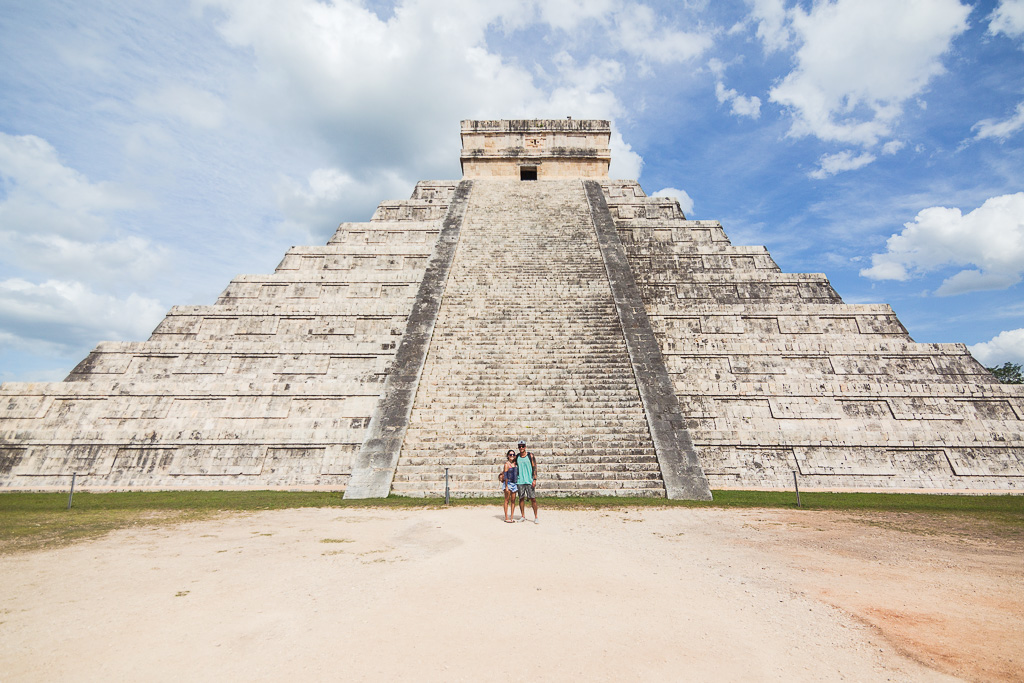 We had a lot of terrible mishaps on the road to Chichen Itza, and while things worked out in the end, it could have been a straight up disaster.

Below are some essential tips for visiting Chichen Itza – they will help you avoid making our mistakes! 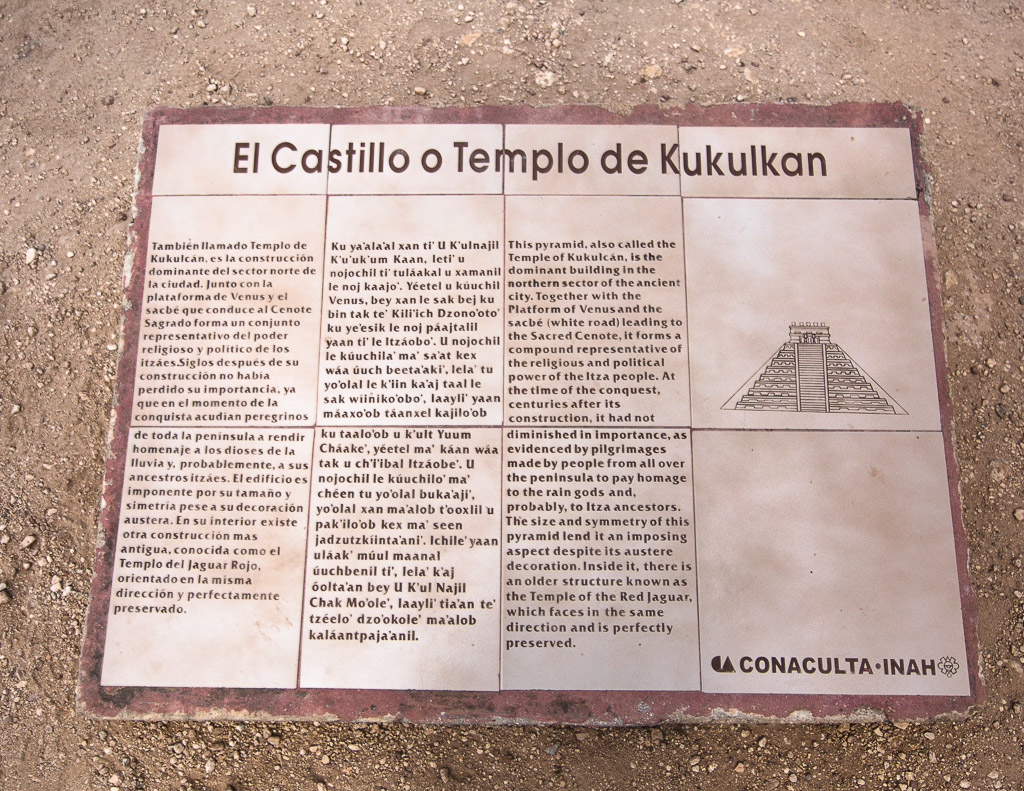 The road to Chichen Itza from Cancun is a 2-lane highway that runs mostly through empty lands. There are not much exits or turnaround spots – once you’re on the highway, you’re on for a while! There are also a couple of expensive tolls along the way, depending on your entry and exit points.

You can either take this main highway, or you can take the backroads through tiny towns, but that of course is a much longer route. We drove back from Chichen Itza to Cancun through the back roads, and it took us about an extra hour of drive time. We did so partially at night, and the towns were very rural and isolated, but we didn’t feel unsafe.

We did encounter a lot of problems driving on the main highway (I’ll explain more below), so to avoid the hassle, we would suggest booking a tour if your budget allows it. Looking back, I would have preferred to have gone with a tour company than driven ourselves, even if it cost more! (Not to mentioned we could have napped on a bus instead of stressing the entire time!)

We actually didn’t have enough MXN on hand for the toll we encountered. (We only had USD because in the town we were in when leaving Cancun, the power went out in the ENTIRE TOWN and all the ATM’s/exchanges were down.)

There were also no ATM’s near the toll booth, and the toll booths didn’t take USD. (Of course tolls shouldn’t be an issue if you’re going on a chartered tour.)

The tolls were pretty expensive, an equivalent of about $20 USD if memory serves me, and since we didn’t want to turn around and miss Chichen Itza, our only options were to ask cars driving through the tolls to make change with us, or exchange our USD for MXN with the toll booth staff, although that technically isn’t allowed. The whole situation was a nightmare, so make sure to always have a good amount of local currency on hand for cash-only situations.

Besides the tolls, admission for Chichen Itza seemed to be cash only (MXN) for tourists. (There was a sign about being able to use certain types of cards, but this seemed to have pertained to Mexican bank cards, as I was told MXN only.) The tickets were approximately 232 MXN per adult.

TIP #3: NO DRONES OR TRIPODS ALLOWED

No drones are allowed at Chichen Itza, and there are signs posted that clearly state this. Do not risk it as it will be confiscated. There were no signs however about tripods, but when setting up one to take a picture, we were informed by security to put it away, or else we would be charged with a 6000 MXN fine! Not sure why tripods aren’t allowed, but don’t bother bringing it along.

There are a TON of people at Chichen Itza, so be patient in trying to get that picture without anyone around. Since we were there only a bit before closing, it was probably a little less crowded than usual. While we did get our picture after only a short wait, we in turn were asked to take about 6+ other pictures, so just be mindful of that!

IF YOU’RE GOING ON YOUR OWN… 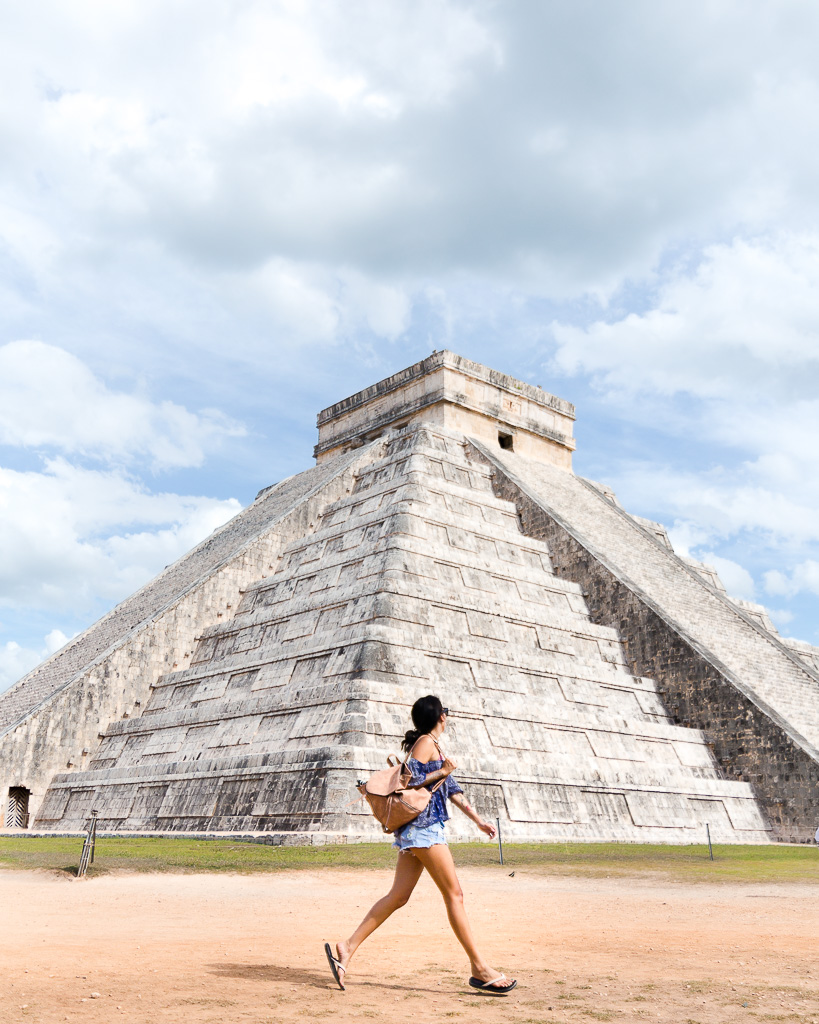 Admission to Chichen Itza closes at 4:30pm, and with a 3 hour drive each way, you’ll want to leave bright and early in the morning. We left a bit later then we intended, so we were basically in a rush the entire day.

We also recommend going early so you have time to see some stops along the way if you wish. We stopped at Cenote Dzitnup – which is actually made of two cenotes, Xkeken and Samula – and we definitely wish we had more time to explore. There is also a popular town about an hour from Chichen Itza – Valladolid – and it’s a nice spot to check out and eat at if you have the time.


Due to rushing and being short on time, we were pedal to the metal for the majority of the way to Chichen Itza. While we left with a ¾ tank of gas, we didn’t anticipate there being hardly any gas stations or exits. We also didn’t anticipate our gas being used up so quickly because we were flooring it!

Our hearts stopped when we were 70 km away from the nearest gas station, but our rental car said we only had enough gas for 55 km. It was honestly terrifying, and we thought we were going to be stranded on nearly-deserted highway (the locals don’t really use the toll highway), having to walk for miles or hitch hike in Mexico.

By some miracle we made it, but just barely! I really dislike how little entry/exit points the highway has – it’s extremely inconvenient and honestly a bit concerning. If you’re planning to drive the highway, make sure to fill up!