Swimming with dolphins has always been something Jarden and I have been meaning to check off our bucket list. We never did it before due to the cost – it’s always upwards of $150 per person, and I’ve only heard about it in the capacity of swimming in a dolphin enclosure. Later I realized there are actually wild dolphin snorkeling tours, but still, we’re on a budget. 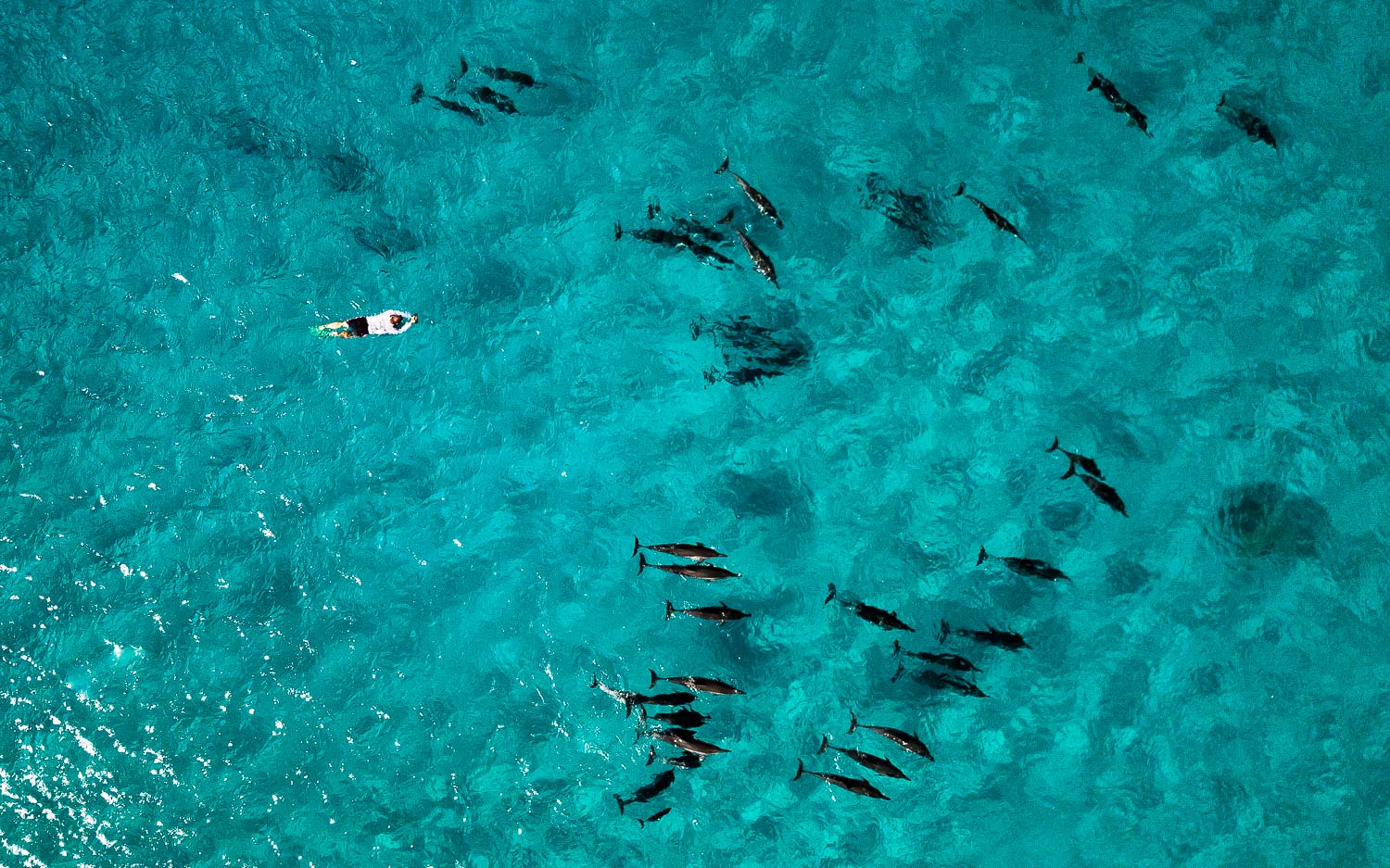 Then our good friend told us where we could swim with dolphins in the wild. I couldn’t believe it. Like I could just hop into the water, swim out and see them right there in front of me, with no tour guide? (and for free nonetheless!?)

UM, YES. Please sign me up for this magic I was about to witness. 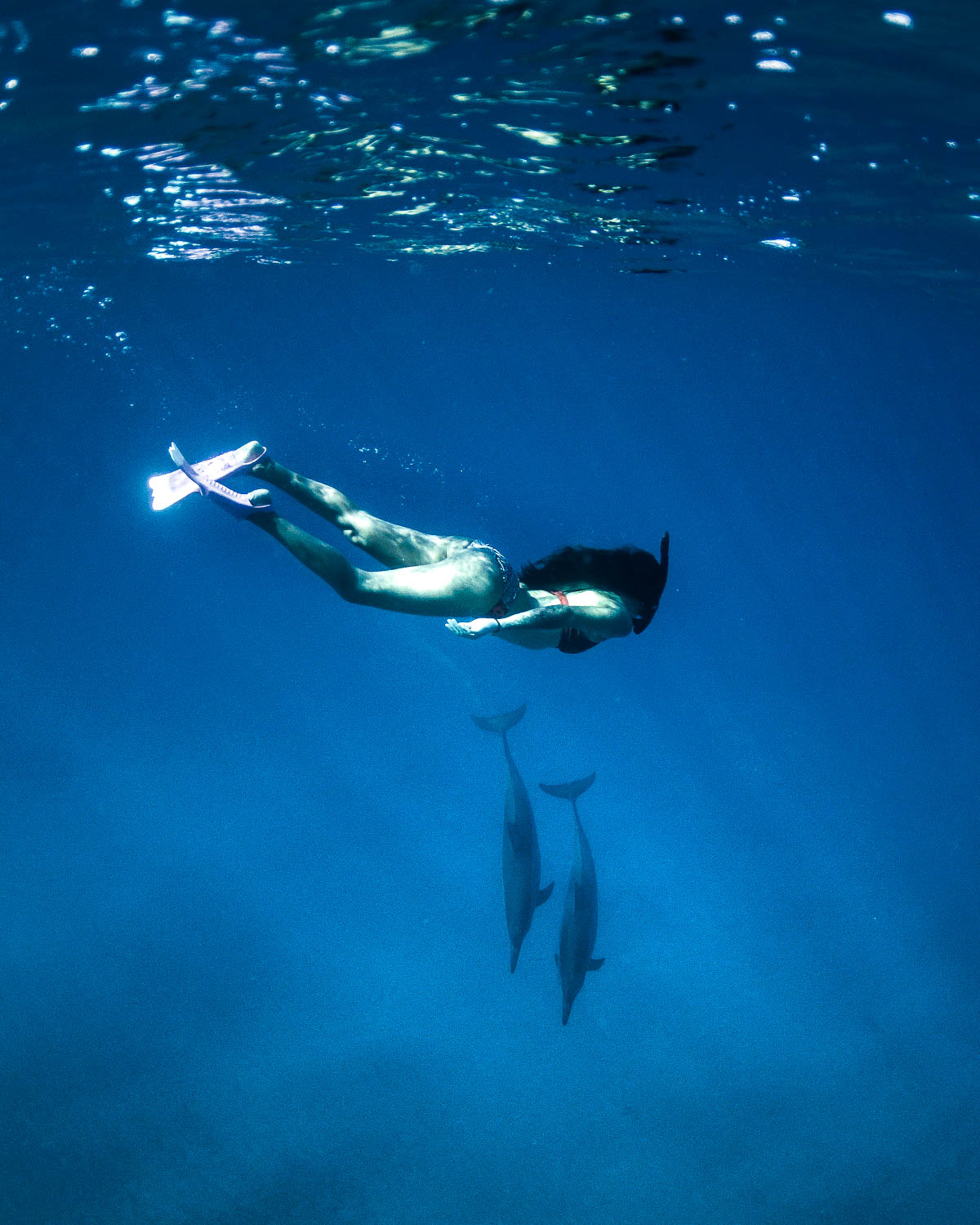 My first time out, I didn’t want to get my hopes up to much as the dolphins don’t always frequent the same area. As soon as we got to the location though, we could see the dolphins from our car, flipping and spinning straight out of the ocean. 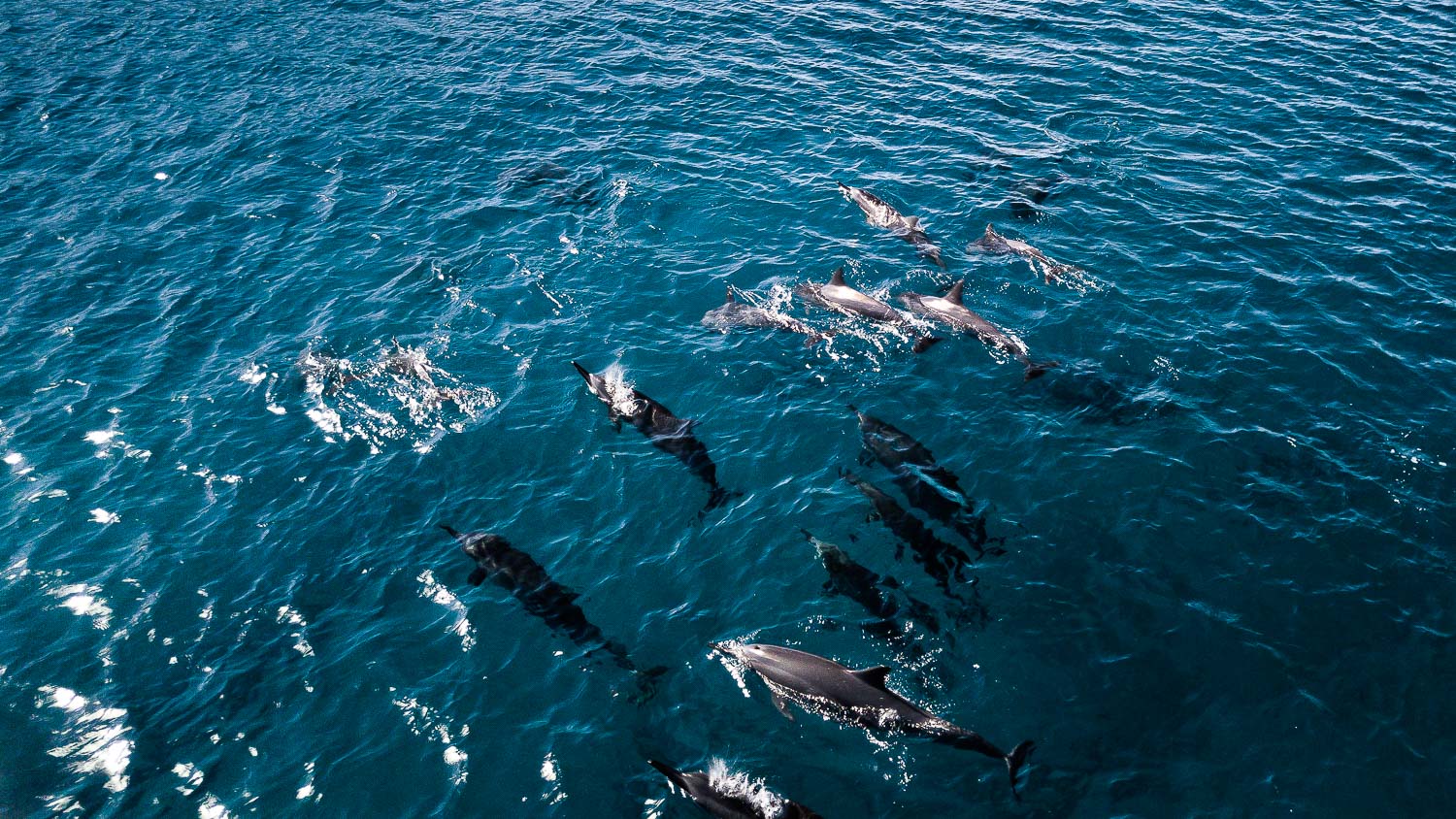 We hurried into the water, swam out, and witnessed giant pods of dolphins, wild and carefree. It’s surreal to see these animals in their natural habitat, when all I’ve ever experienced were seeing them in enclosures such as Sea Life Park 🙁

We went another time later that summer, lucking out with seeing over 100+ dolphins at once. 100+!?! To see that many of any animal is crazy, let alone DOLPHINS. It’s so dreamlike to be with them in the ocean – they are such graceful creatures. 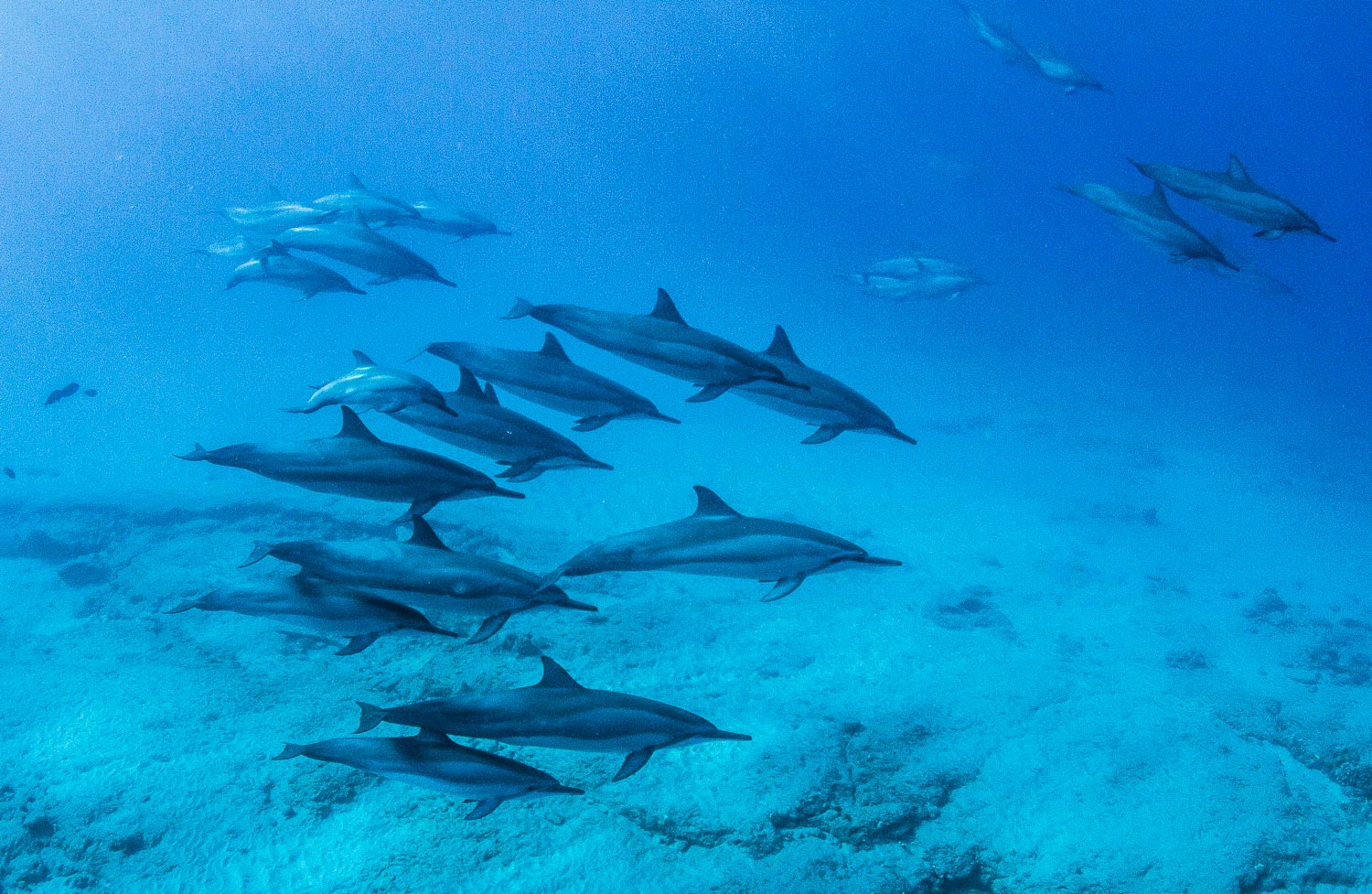 The dolphins swim right next to you too, doing flips and close enough to touch, but never doing so. At first it’s a bit scary seeing a bunch of fins rush straight toward you (those suckers are fast!), but they really are so sweet, playing and dancing for us grateful visitors. 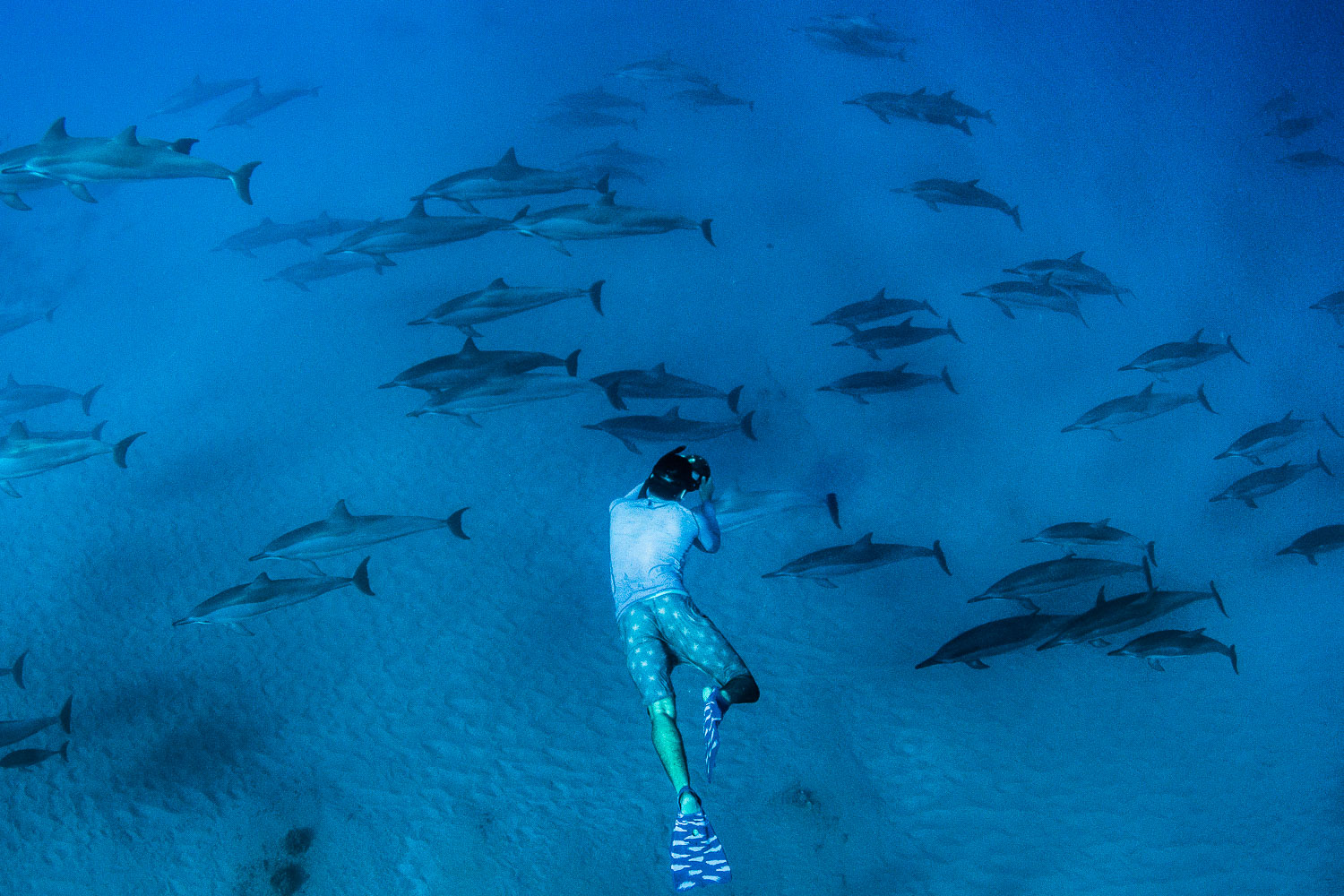 We always try to get out into the water early (7-8am), as the dolphin snorkel excursion tour boats come by later in the morning. The dolphins love to go up to and show off for tour boats, alternating between them and us snorkelers. They often swim around for quite some time – sometimes for so long that we eventually have to get out of the water hours later. (They are so hard to leave lol!) 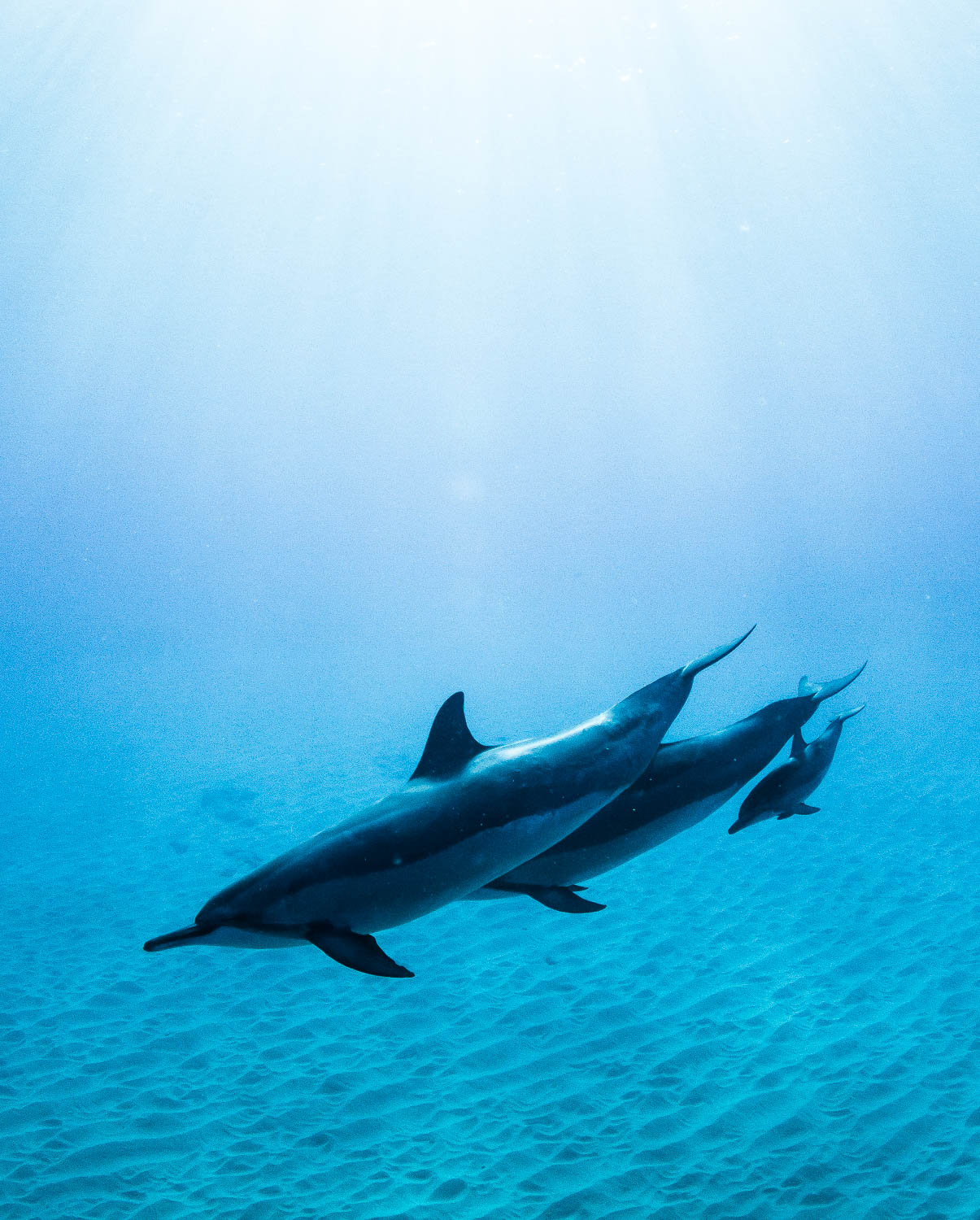 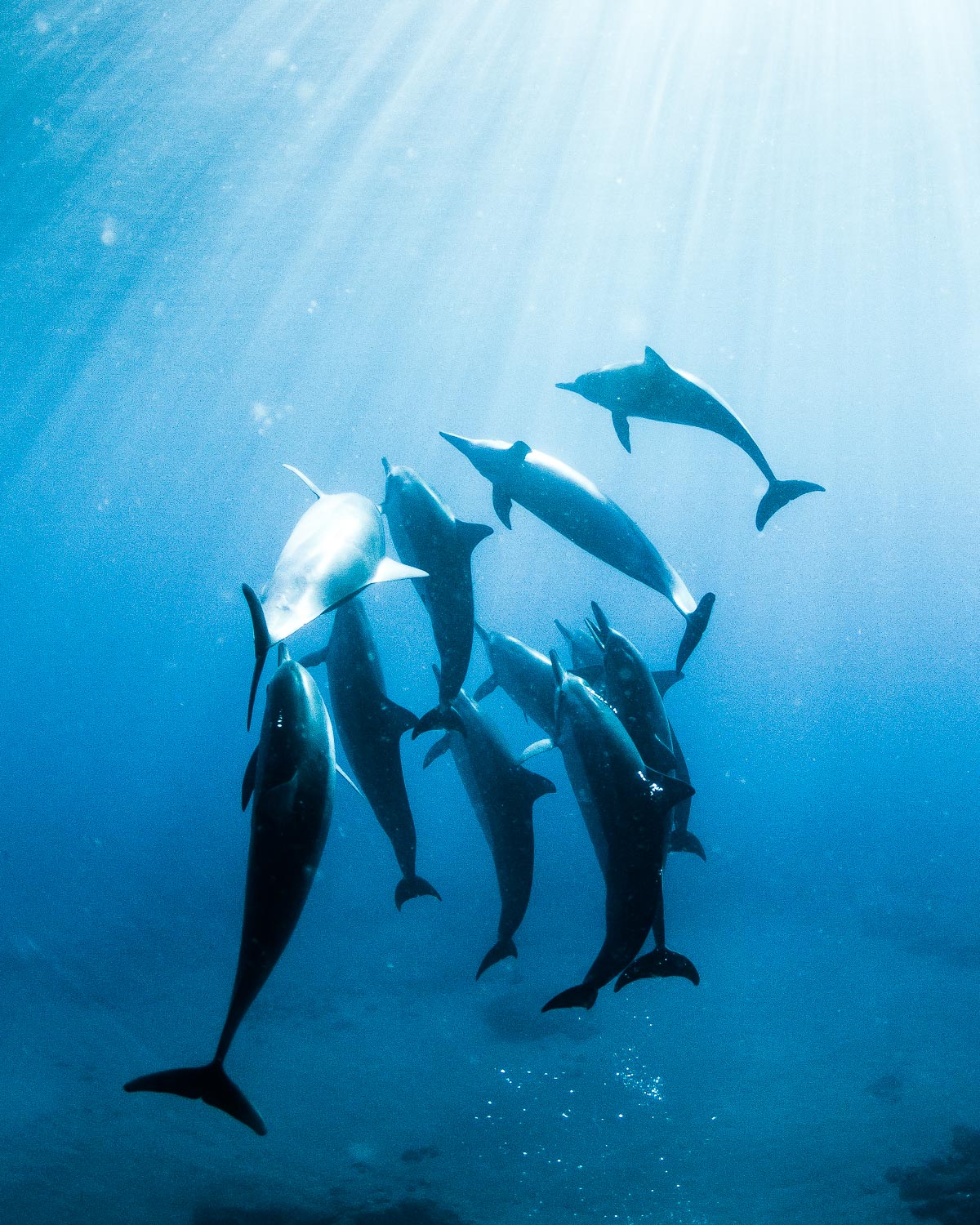 If you plan on swimming with dolphins in Hawaii, either with a snorkeling tour or on your own, please remember to respect the environment and respect the animals. It’s one of the best experiences we’ve ever had, and it’s even more special to witness in such an organic form – have fun! 🙂

4 Things We Learned in Amsterdam, Netherlands