Superfly Ziplines in Whistler, BC 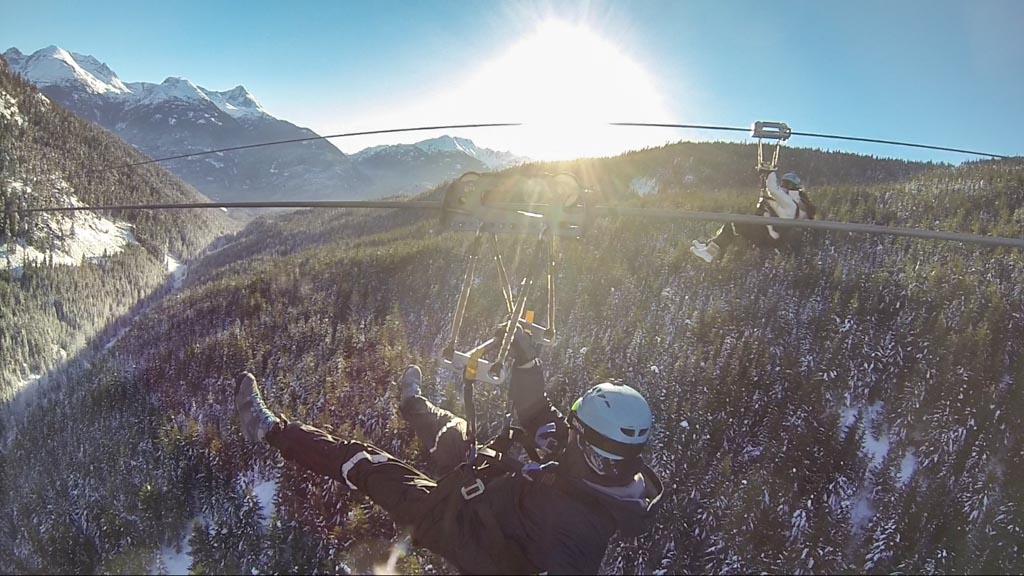 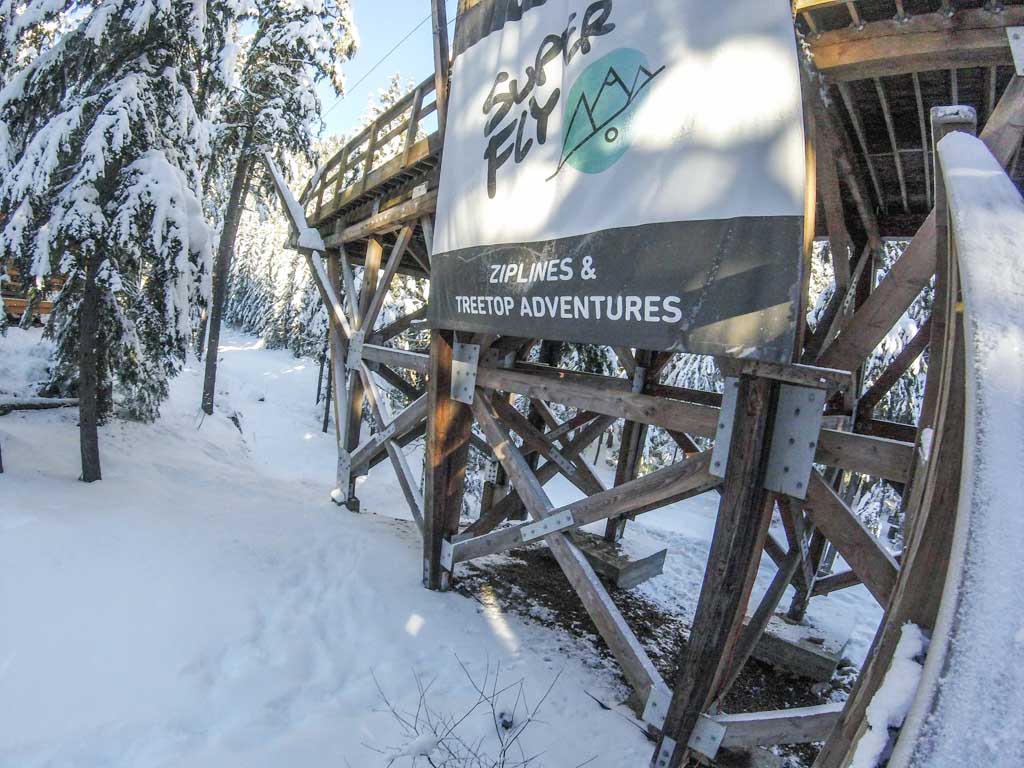 One activity that Jarden and I were excited to experience in Whistler was ziplining. We’ve gone ziplining before in Hawaii, but never before in a winter scenery. We knew it was going to be freezing, but it was also going to be so worth it! 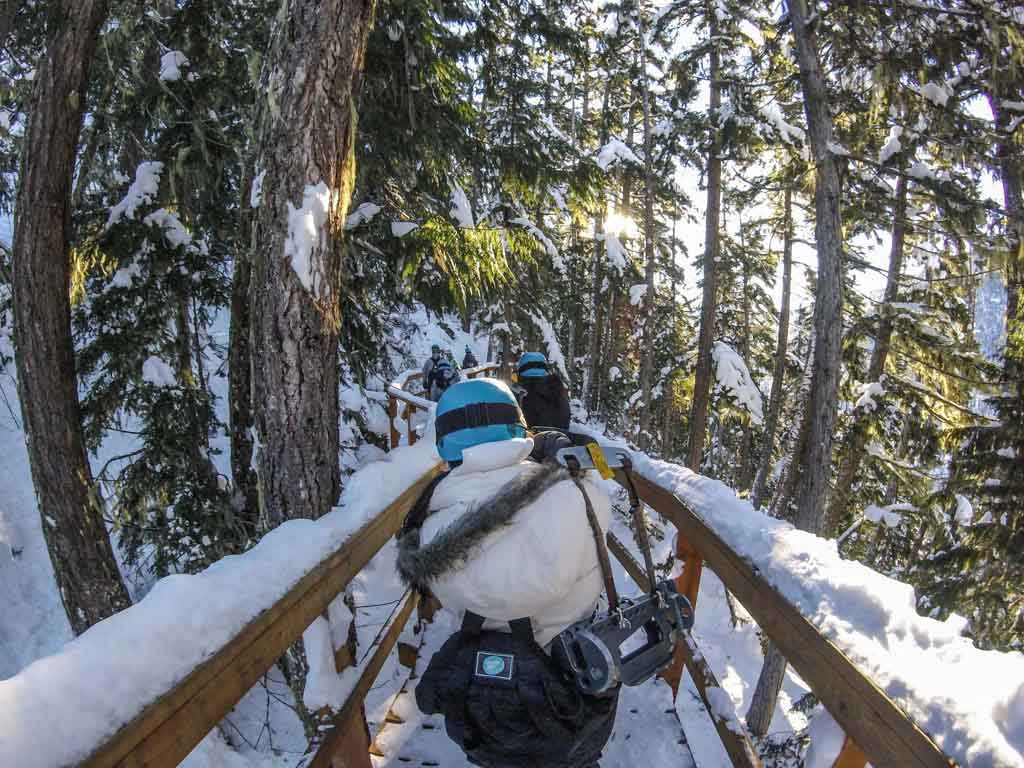 We chose to go with Superfly Ziplines, a company which also happens to offer a treetop adventure course. (That sounds fun too!) Their zipline system was fully tandem (two people at a time), which made for a much more fun and efficient zipline course. 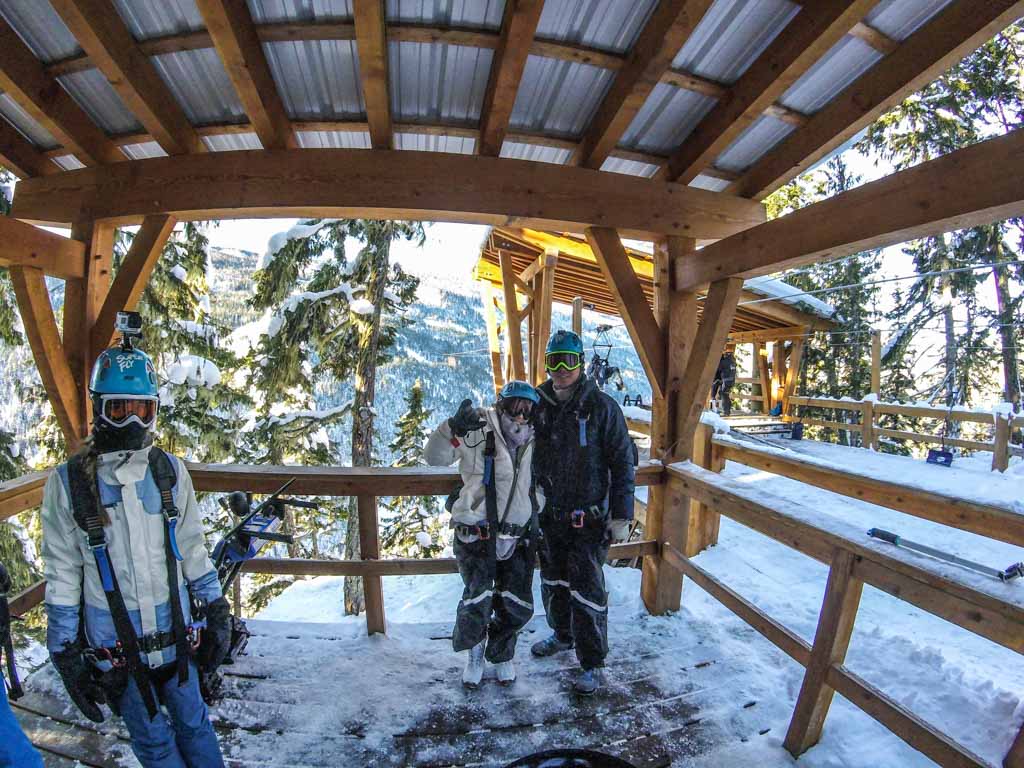 The meeting point was at Whistler Village, and we quickly loaded up unto a bus after checking in. A ride up to the mountains and we were gearing up our harnesses, and also putting on more appropriate, weather-ready clothing that Superfly offered. (News Flash: $24.99 Target gloves do not stand a chance against the biting Whistler winds.) 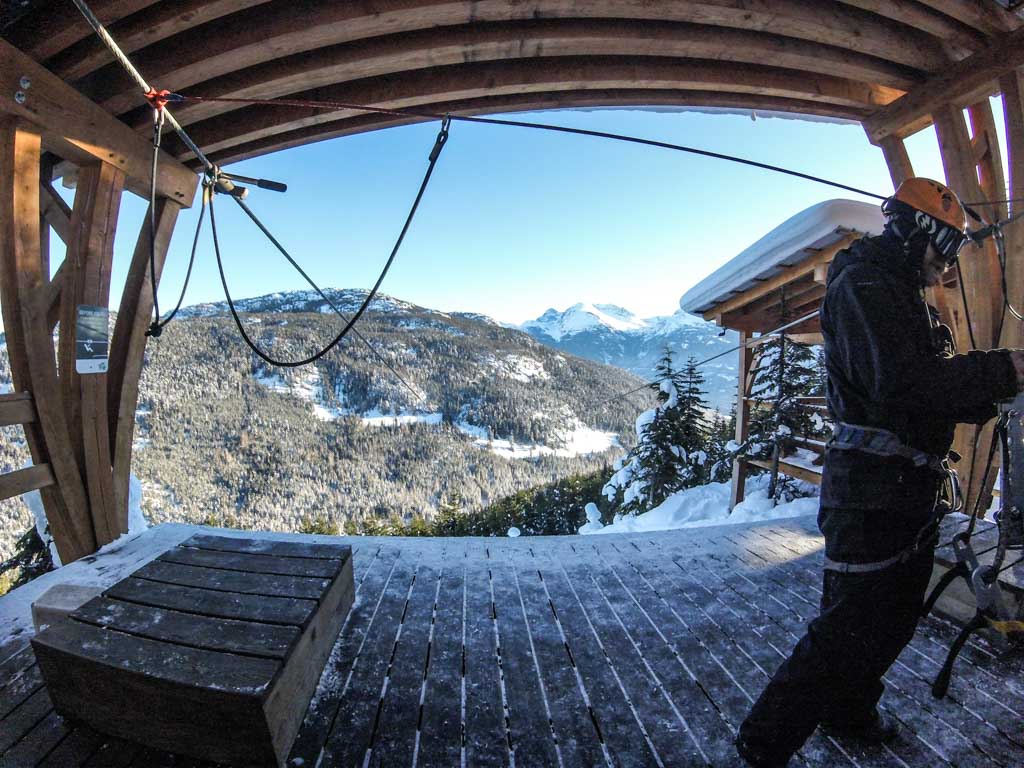 After the safety brief we actually took a drive up to the first zipline launch point in a snowcat. The drive was about 15-20 minutes, a bumpy and freezing one, but still a fun thing to do in itself. Shortly after we arrived at our first launch point, and boy was it beautiful!

Basically everything in Whistler is extremely scenic and devastatingly beautiful, especially to us Hawaiians who have never had a white winter. Flying through the pines was pretty much the zipline of a lifetime, the view was everything! (It also wasn’t that cold while ziplining which was surprising; we thought the wind would be killer but it was actually worse when you were just standing around.) 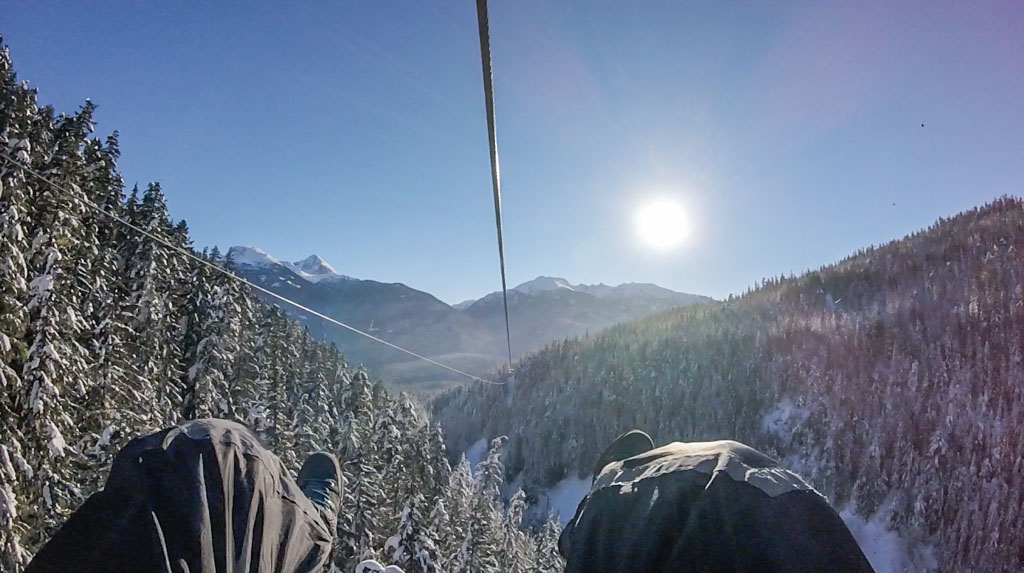 We had 4 different ziplines to ride, and each offered something different that our 2 awesome guides kindly explained to us. One was the longest zipline in Canada, (seriously, it took a great while to get from mountain to mountain!), one was super fast and more thrilling than the rest, and the last one even took pictures of us zipping through the snow. (You even had the option to hold hands on that one.) 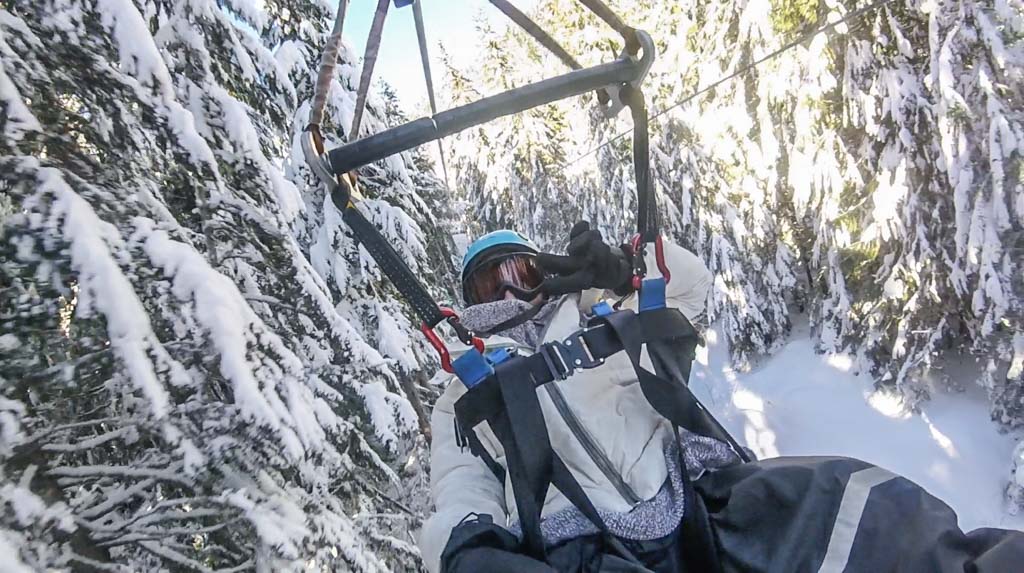 What’s cool about Superfly Ziplines was that each zipline course had us coming down the mountain, so at the end of our adventure we were back at basecamp; no freezing snowcat ride down needed. They also graciously gave us some complimentary hot chocolate to warm up with around the bonfire. Seriously, Whistler is a dreamland. 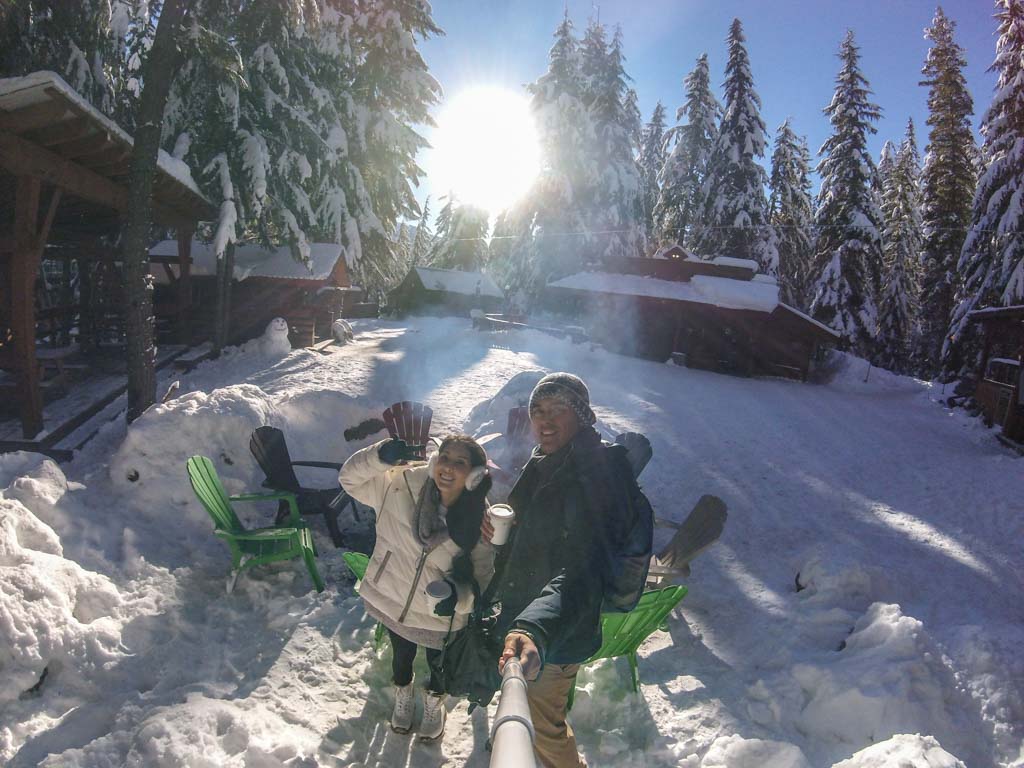 We loved every bit of our experience with Superfly Ziplines and we would highly recommend them; there’s not much of a  better way to see Whistler than to fly through it! 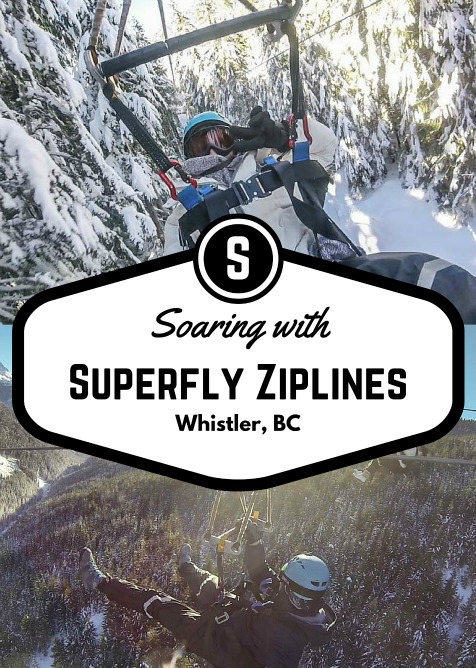 Thank you to Superfly Ziplines for providing us with complimentary tours. All opinions are our own.

The St. Regis Hotel in Vancouver – Our First Boutique Hotel!