Stairway to Heaven, also known as the Haiku Stairs hike, is one of the most notorious hikes in the Hawaiian Islands. Located on the island of Oahu, Haiku Stairs was originally a set of wooden stairs built by the US Navy in the 1940’s. 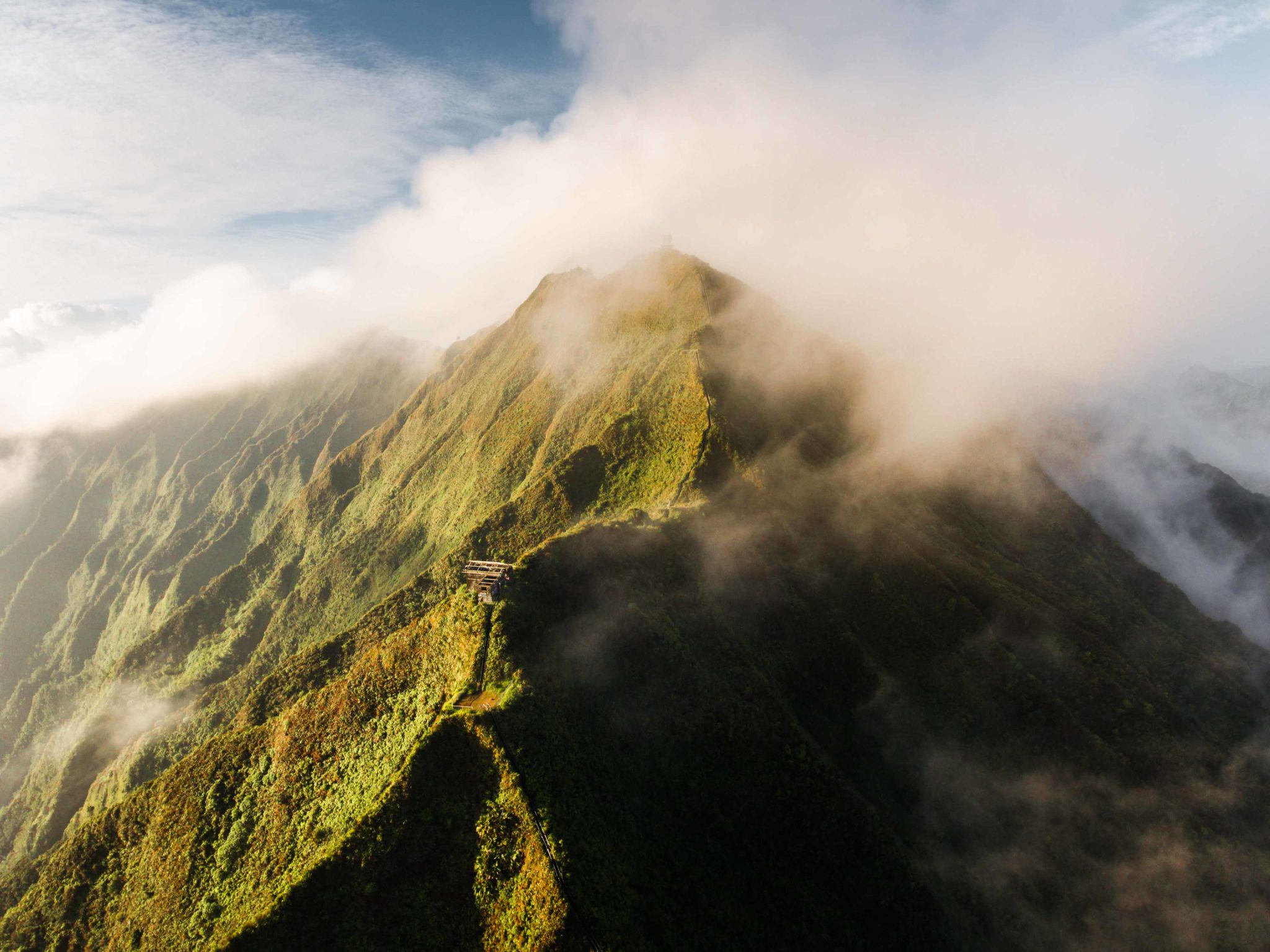 Please note that this hike is illegal and officially closed off. Going on this hike is considered trespassing, and some hikers have been fined $1000+ from police if caught. (Many hikers have to sneak in past the guard – the guard will see you but can’t do anything once you’re climbing. He can however call the police if he catches you entering/exiting).

It’s possible to access the ‘back way’ of the hike through the valley, although we haven’t gone this way personally. We have heard that it’s a long longer, as well as more dangerous.

Many hikers park in the residential area, but the neighborhood is heavily patrolled by residents and police alike. There are reports of some community members turning violent on trespassers, and the hike is getting increasingly difficult to access. Landslides also have damaged parts of the stairs. While we can’t officially recommend this hike, please consider the risks if you decide to attempt! 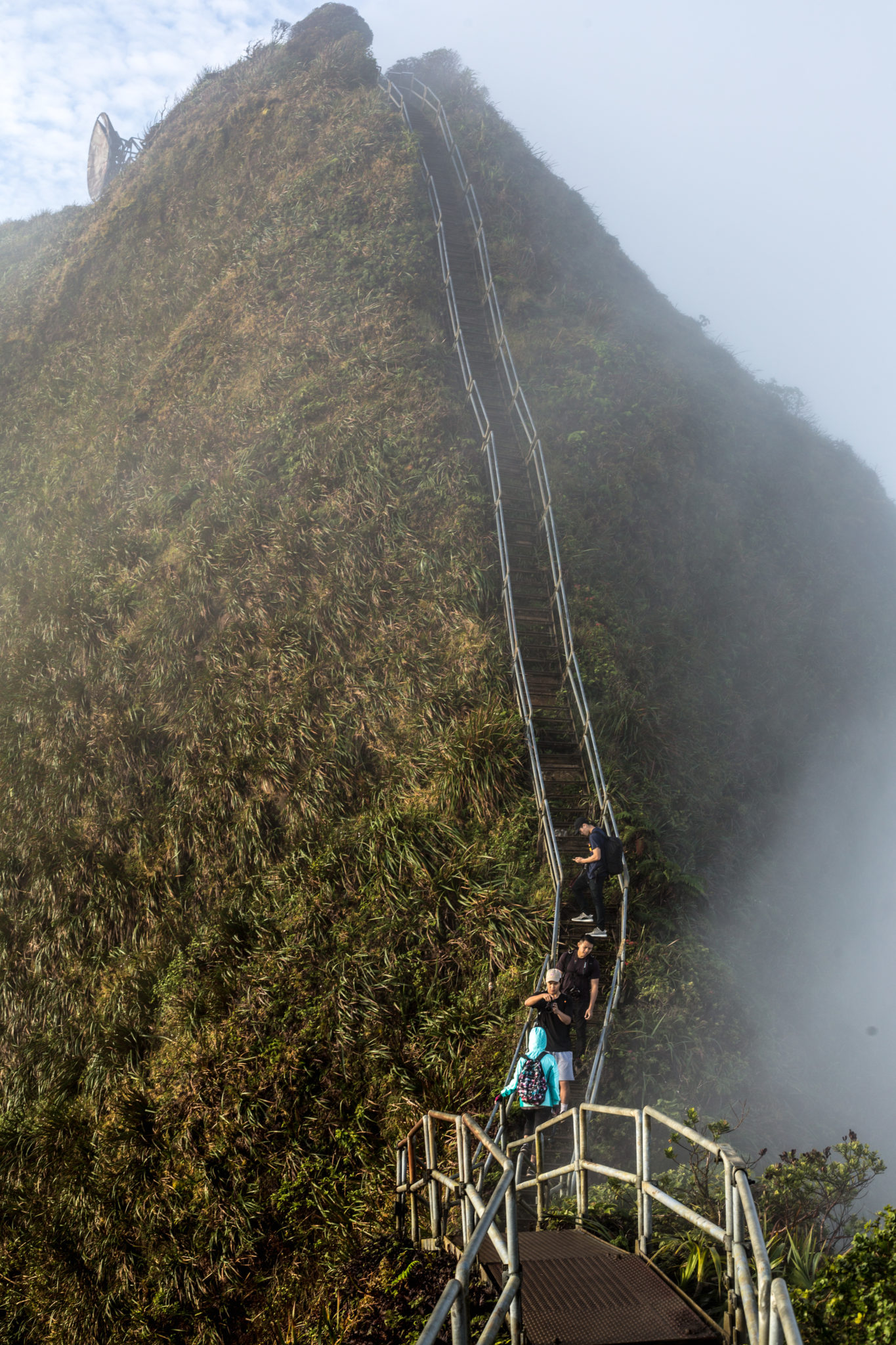 The hike is divided into 3 sections. I don’t have any pictures going up because we went at around 4am, as early morning is recommended to avoid conflicts. As you can imagine, it’s a lot of climbinb until you get to the first platform – it takes about an hour to get here. A small section of the stairs had collapsed, but it was in an area where you could maneuver around it. 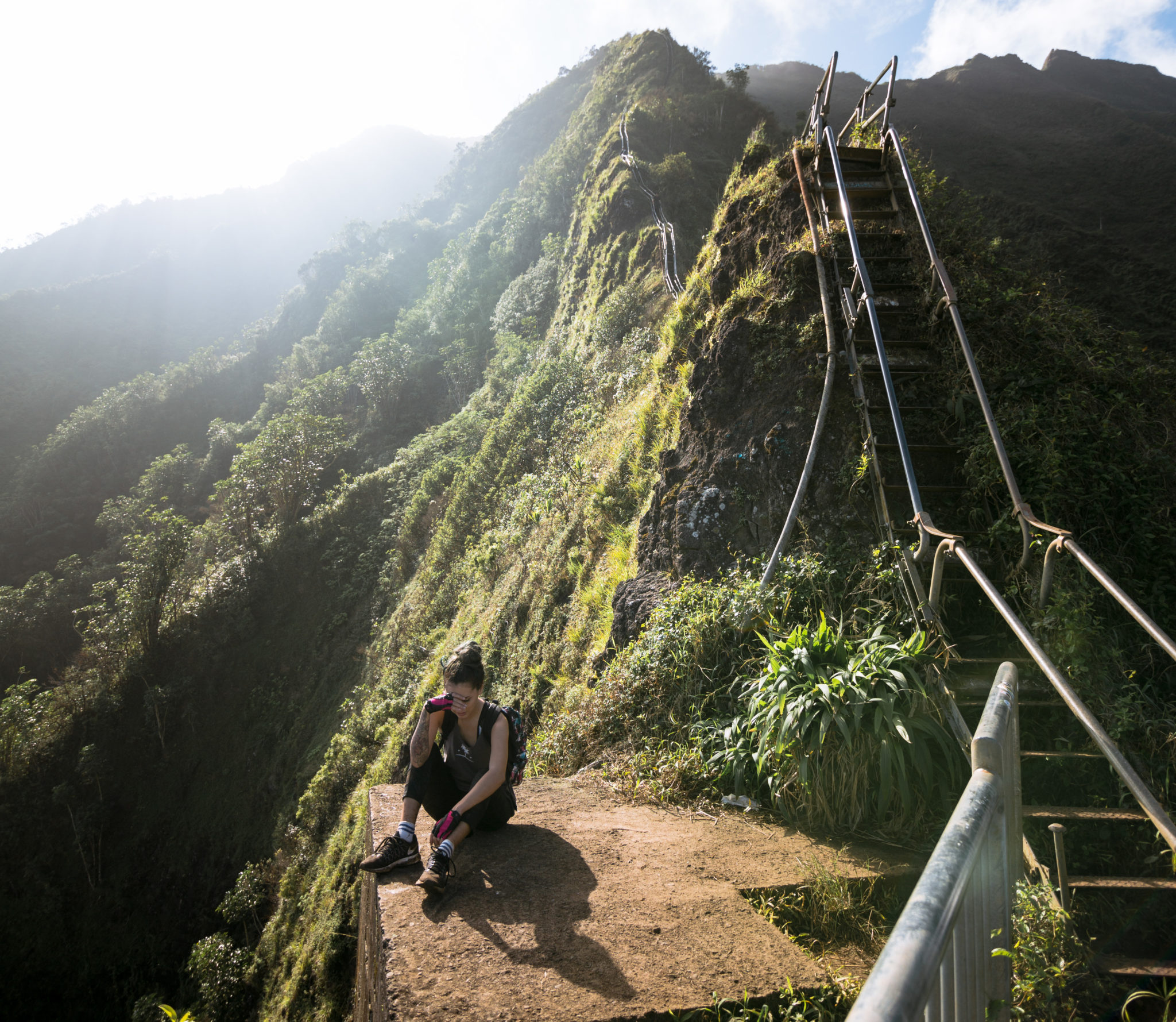 I myself nearly collapsed at the first platform, huffing and puffing after the worst Stairmaster session of life. The steps are killer! After some rest, and much mental hyping, I decided to continue on. 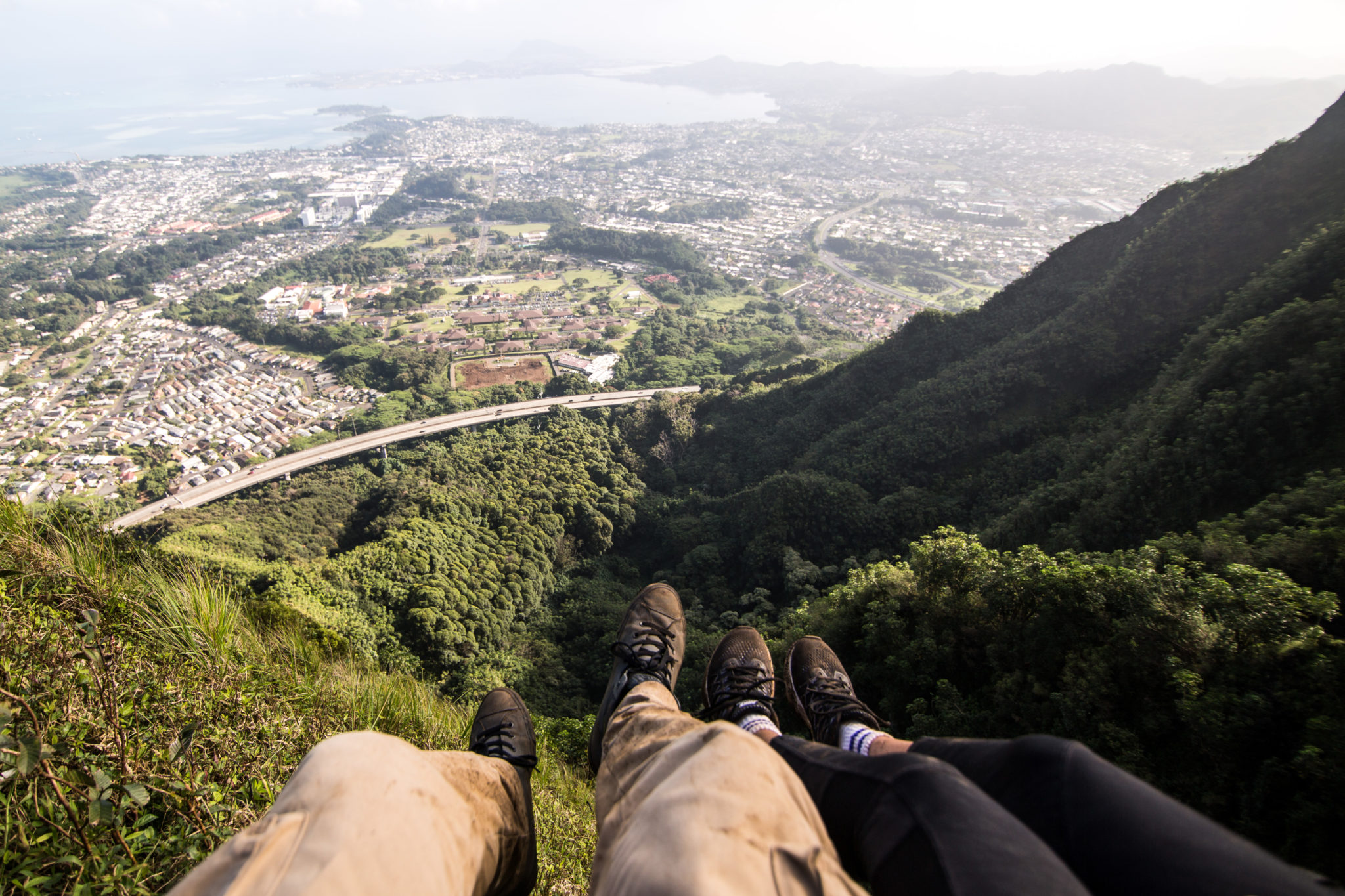 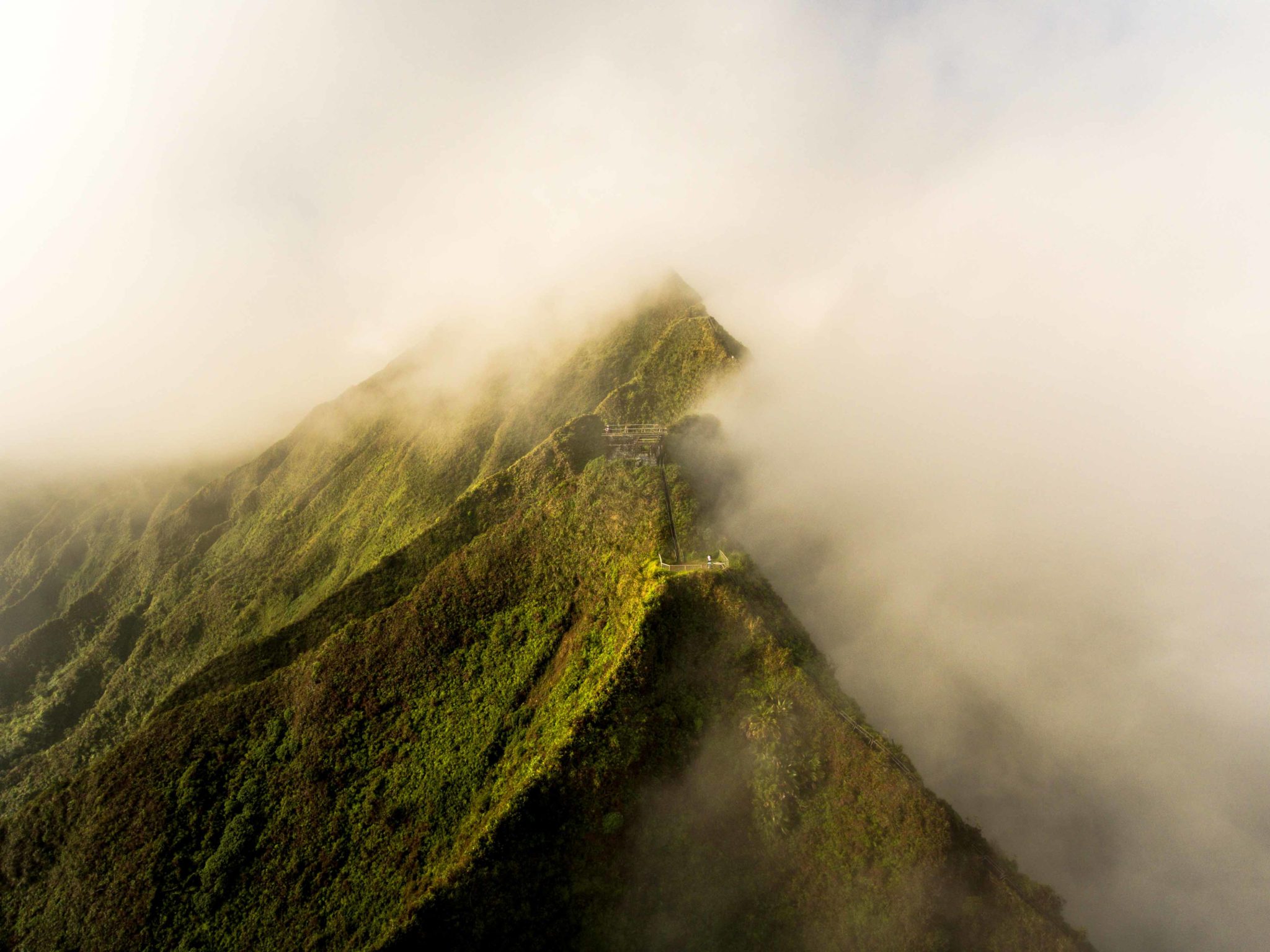 It took about another hour to get to the second platform, which was easier for me because I asked Jarden to carry my backpack. Yes, I’m aware that I need to work out more, & yes Jarden is awesome!

It was still dark at this point and all I could see around me were steep drop offs and misty clouds – such a surreal moment! There’s also a cool little shack near the second platform, which is were we filmed and took a lot of pictures. 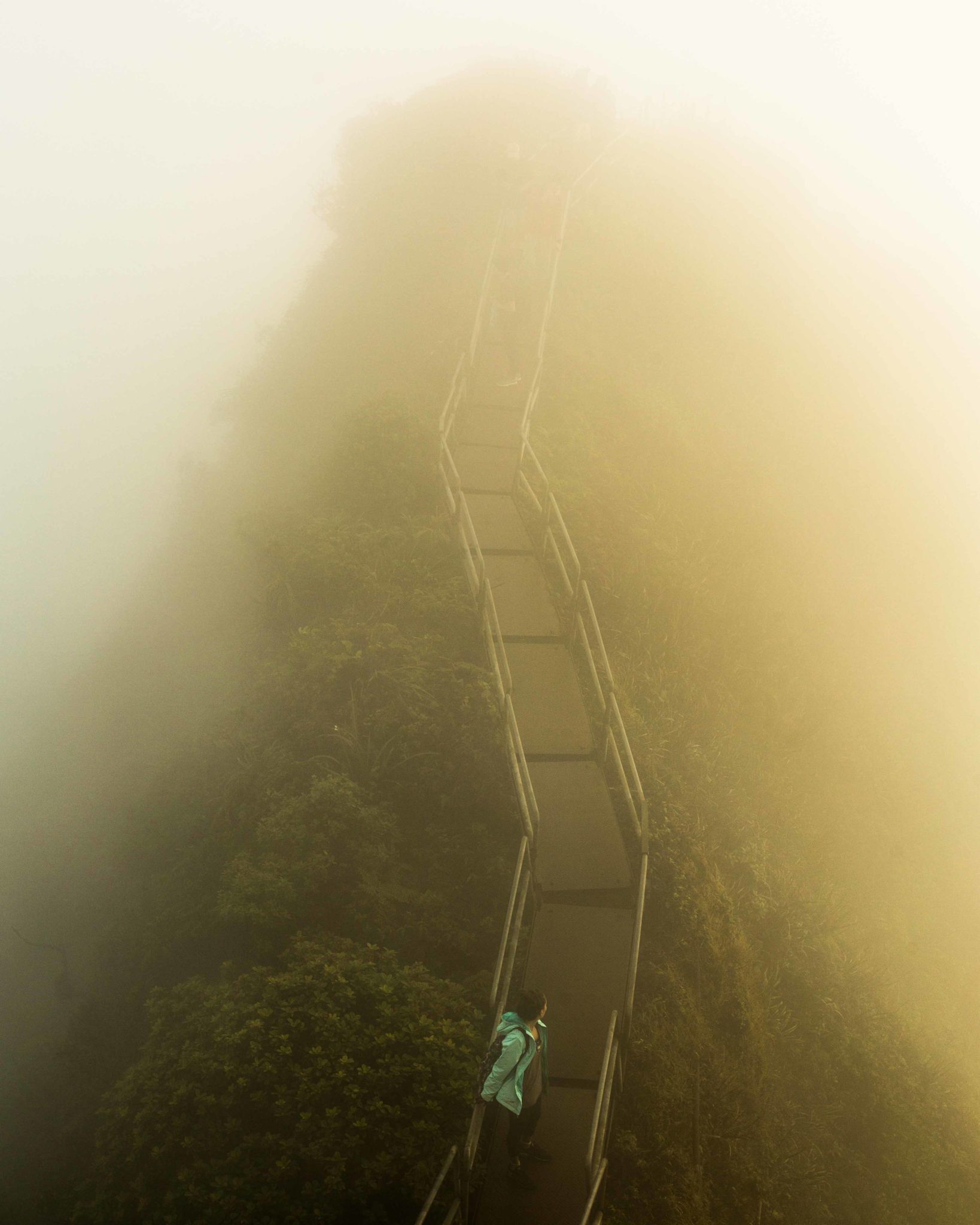 We let some people past us, which is a little difficult in a narrow space but doable. Honestly, some parts of the stairs freaked me out a bit – there are some sections where you are basically vertically climbing a ladder, and it sucks when your limbs are shaking from exhaustion. (Climbing down sucks also – I made sure to take my time and go slow!) I found that the workout gloves I brought helped with a lot with grip. 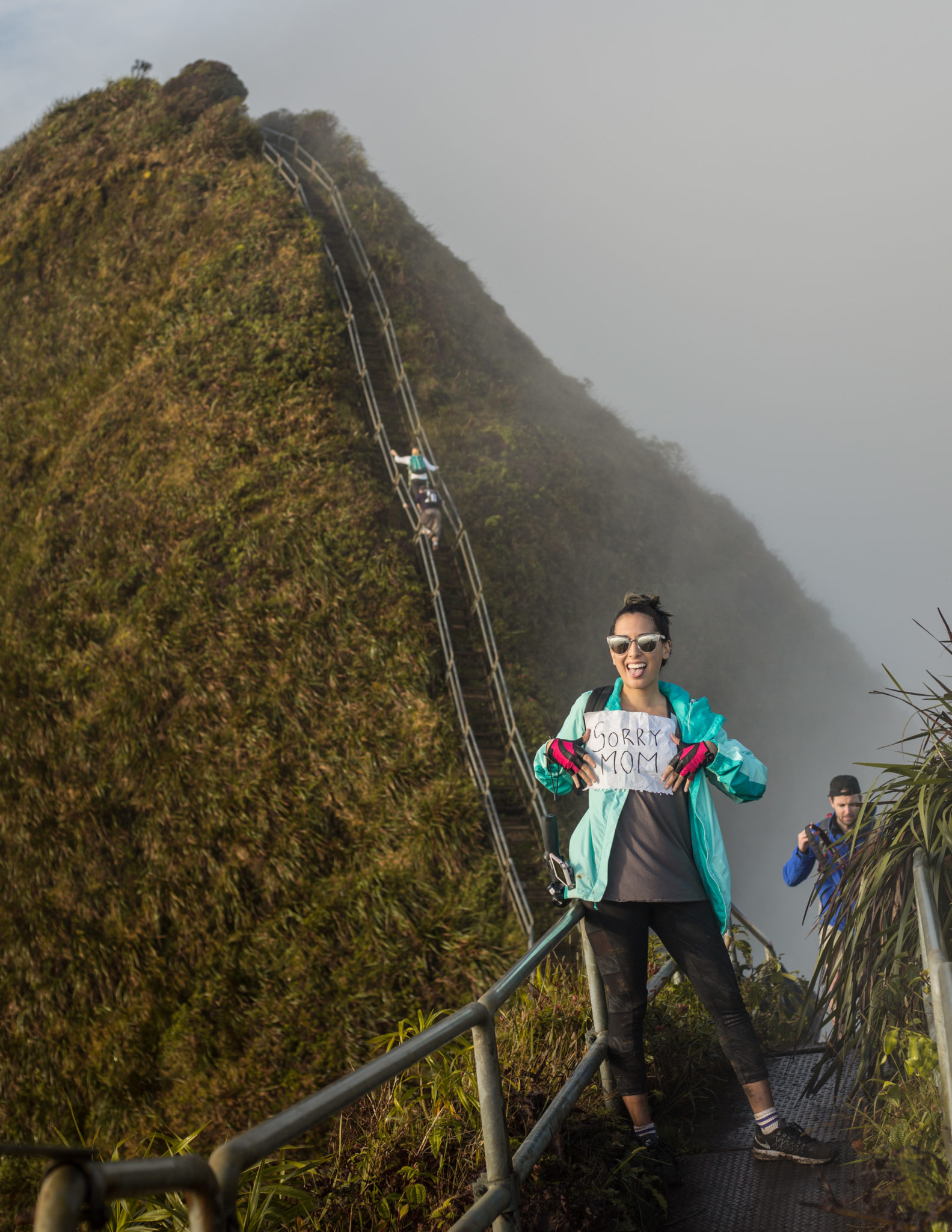 After the 2nd platform, it’s not much more up to the summit. We couldn’t believe we made it! It took about 2.5 hours for us to climb up. 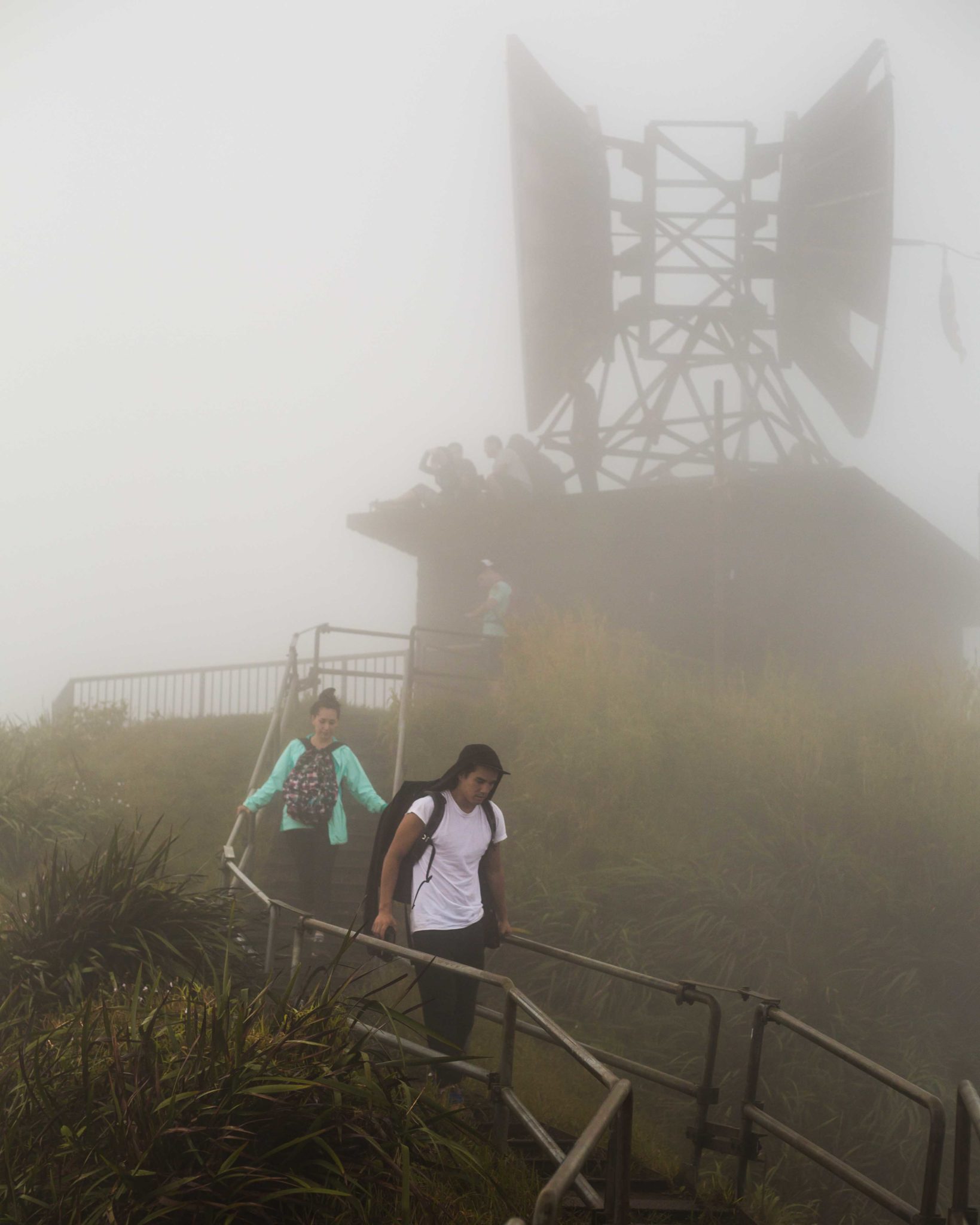 The hike was exhilarating, terrifying, and a giant check off of the Hawaii bucket list! Everyone in Hawaii knows about the Stairway to Heaven hike, and it’s always been a goal of ours to be able to say we did it. That being said, it was pretty strenuous, and I probably won’t be doing it again – a big reason being that it’s illegal and I’m not a fan of fines! 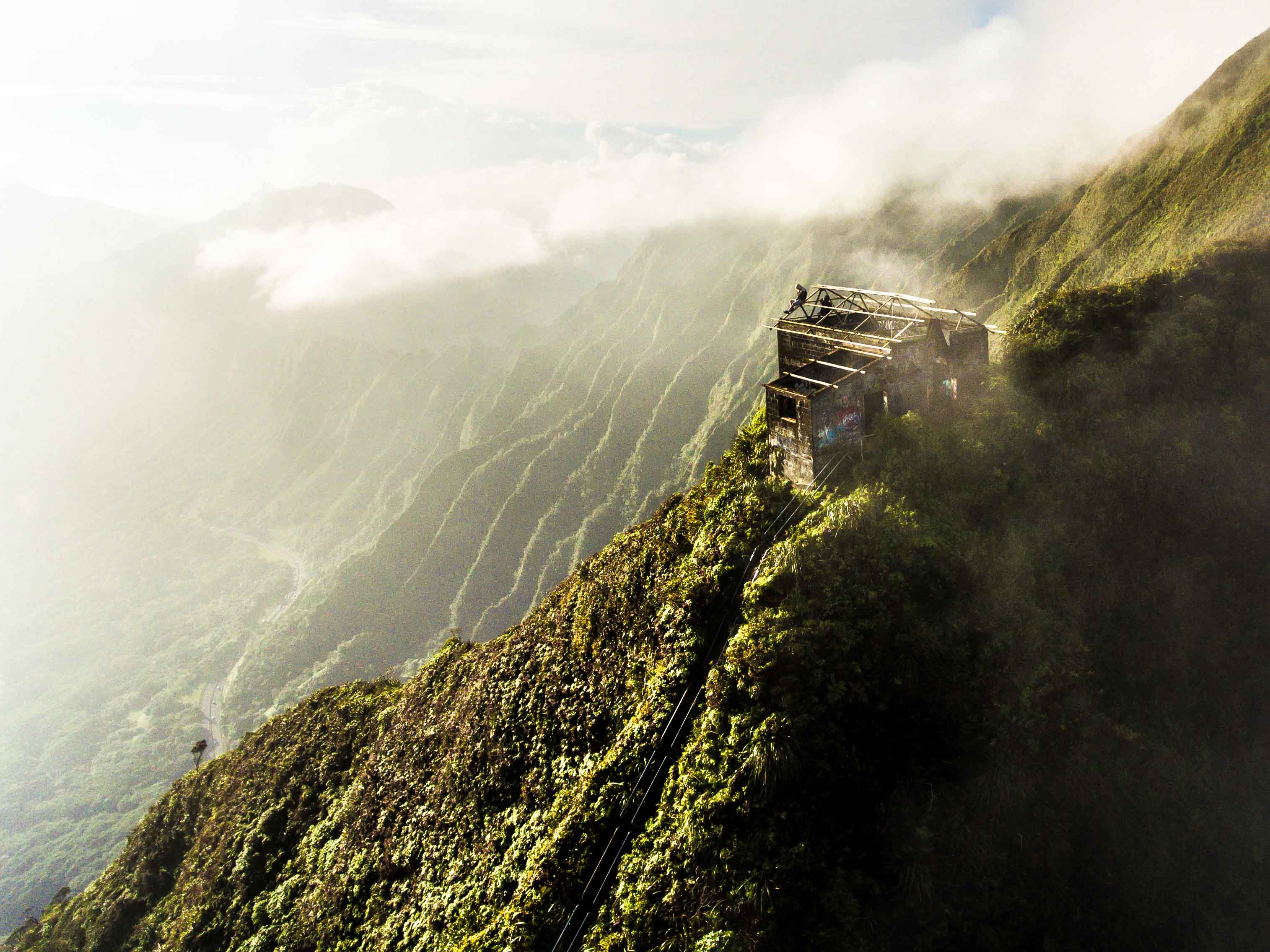 Would you consider doing this hike? Make sure to watch our video from the hike below!

How To Spend 4 Days In Sydney, Australia