Halloween is admittedly my favorite holiday, which I think I partially picked up from my mom. She always used to, and still decorates heavily for Halloween, and so it was extremely exciting when she surprised us with a family trip to California during the holidays. On October 29th, we attended Mickey’s Halloween Party at Disneyland! 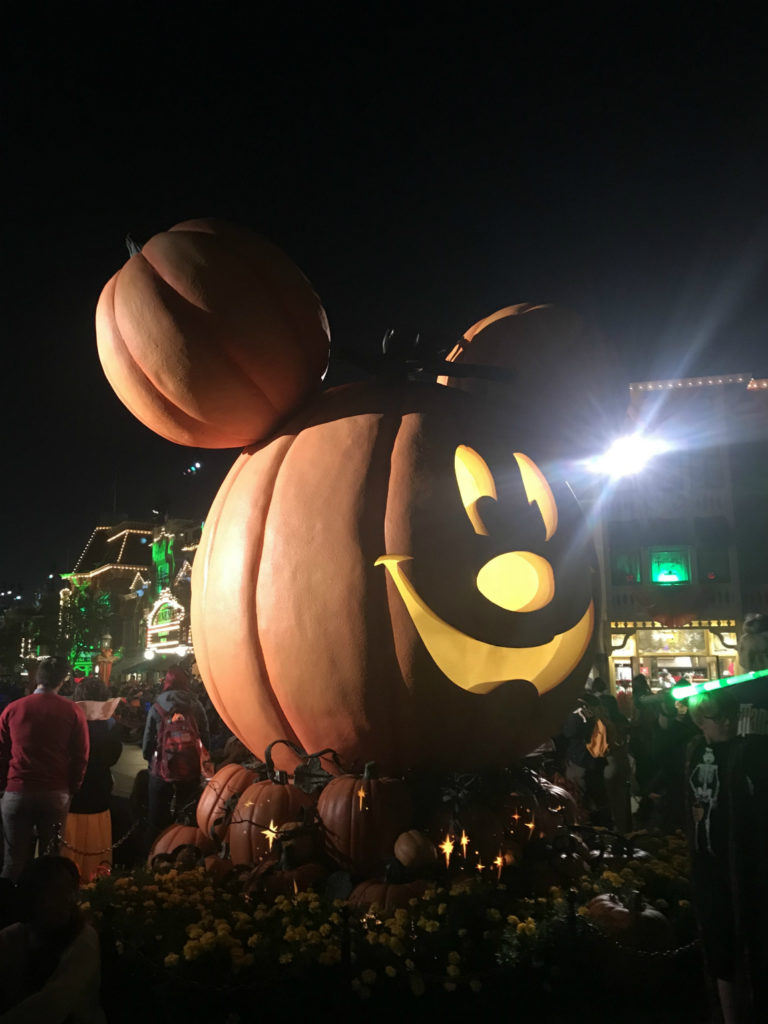 What is Mickey’s Halloween Party?

Mickey’s Halloween party is an after-hours celebration at Disneyland in California. You must buy a separate ticket to this exclusive event – it is NOT included with the price of regular admission.

The party is on select days during the month of October, and these events always sell out as tickets are limited. You are also allowed to dress up in costume for the party, which is a lot of fun!

The main highlights of the event include trick-or-treating in the park, a Disney villains parade, and a special, Halloween fireworks show! 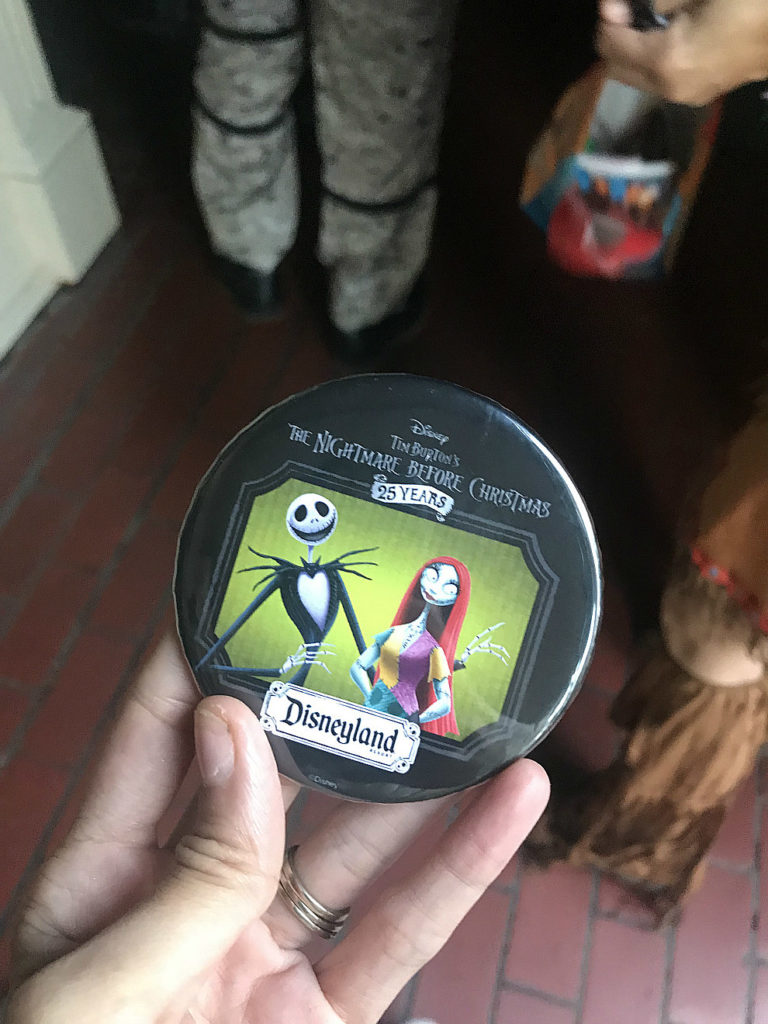 The party starts at 7:00pm, but you are allowed early entry at 3:00pm. This is a great way to visit either Disneyland, or California Adventure for a few hours, and ride all of the rides! You will be given a special Mickey’s Halloween Party wristband – this is your “party pass.”

At 6:00pm, everyone without a wristband at Disneyland will be asked to leave the park. While still crowded, the park has a significantly lower amount of people during the party, and wait times for popular rides are a lot shorter. The party is a great time to try out the popular Halloween-themed rides, like The Haunted Mansion and Space Mountain – Ghost Galaxy. 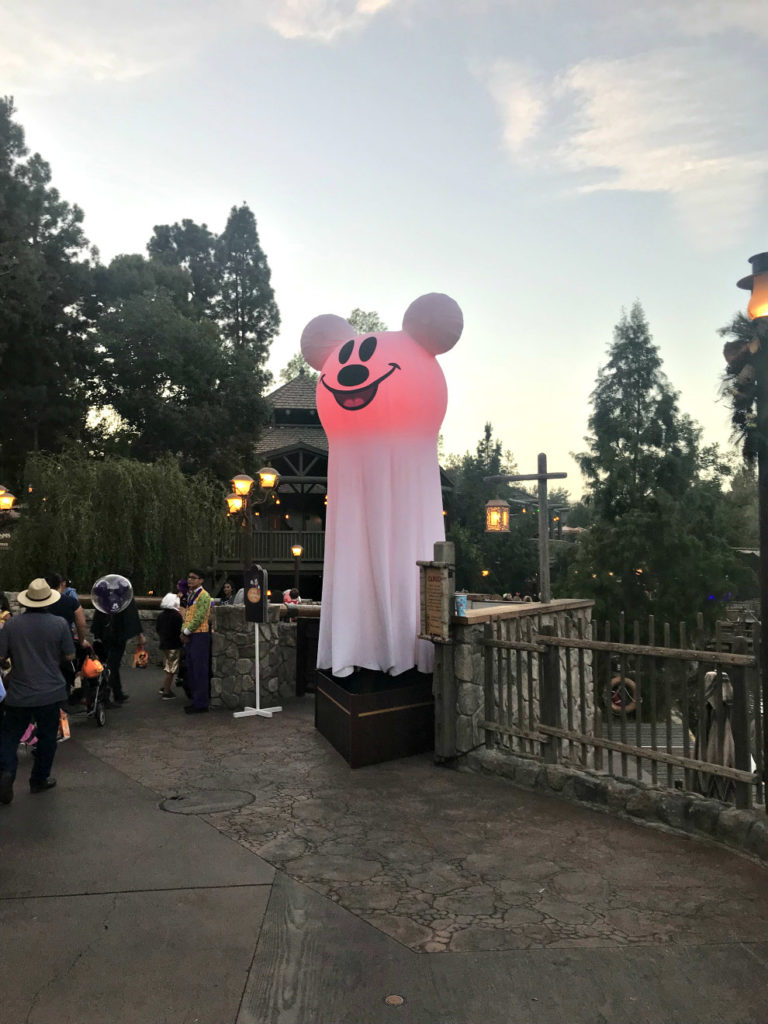 Throughout the park, there are lots of treat stations that you can visit for some good ‘ol Halloween candy. Most have no lines and move very fast. Sweet!

At 27 years old, I hadn’t gone trick or treating in a while lol. It was a lot of fun, and you’ll be leaving with a TON of candy! We also got a bag of mini carrots, which was a fun laugh for many. 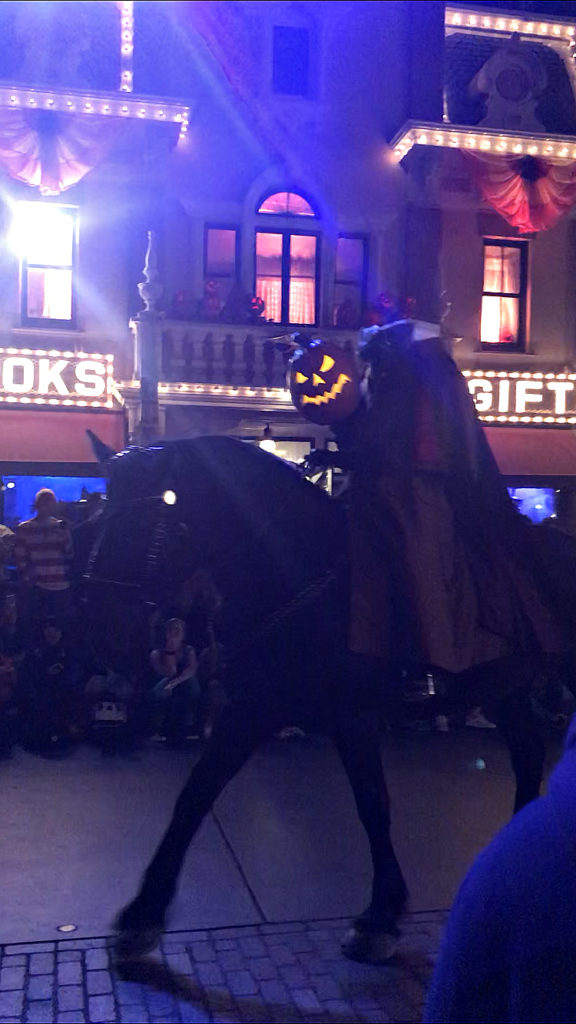 During the party, there are 2 chances for you to see a special Halloween, Disney Villains parade, featuring all of the characters you love to hate!

It starts with an official pre-cursor of the headless horseman, which was really cool. Then the villains parade begins! From Ursula to Hades, this was an exciting parade, full of fun music and dancing.

The best spot is near the castle, as this is where the fireworks show will start shortly after the parade. People start to sit about an hour early for a good spot. We tried about 15 minutes before with no luck, and due to the crowds, we were moved all the way down to the park entrance! We still got to view the parade just fine, but moving upstream towards the castle was a struggle afterwards. 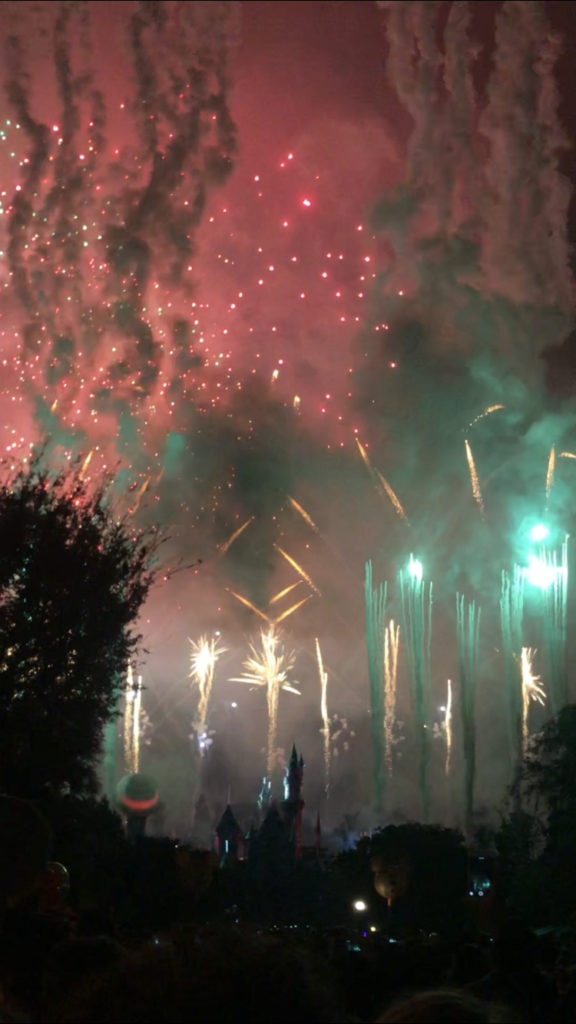 The fireworks show starts 10 minutes after the parade, so immediately move upstream towards the castle for the best view. Because we were initially so far back, we got stuck, and ended up in the middle of Main Street.

While we were a bit far back, it was still a great fireworks show! Disneyland also projected animations on the Main Street shops, which was entertaining for all.

The fireworks show was honestly, the best fireworks show I’ve ever seen. Grand, unique, and paired with spooky music that really brought the Halloween spirit to life. It was the perfect conclusion to a spooktacular party!

Is Mickey’s Halloween Party Worth It? 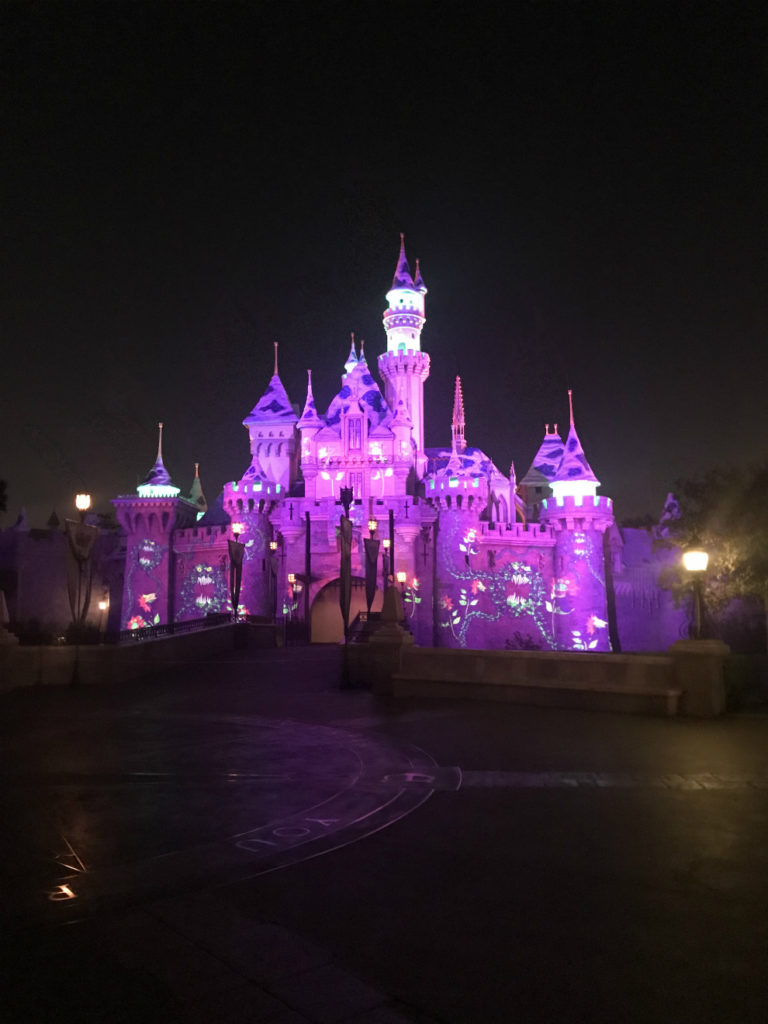 ABSOLUTELY! We all had an amazing time, and so many were in costumes – the Halloween spirit is strong at Disney! The trick or treat stations give you tons of candy, and the fireworks show and Villains Parade were spectacular!

With the villains parade and fireworks show being exclusive to the Halloween party, it’s something any Disney fan would appreciate. You also have access to almost all the rides, with a LOT less people! We did practically every ‘thrill’ ride during the party, saving us from buying a day ticket 🙂 We’d highly recommend Mickey’s Halloween Party!