Getting Robbed in Athens, Greece 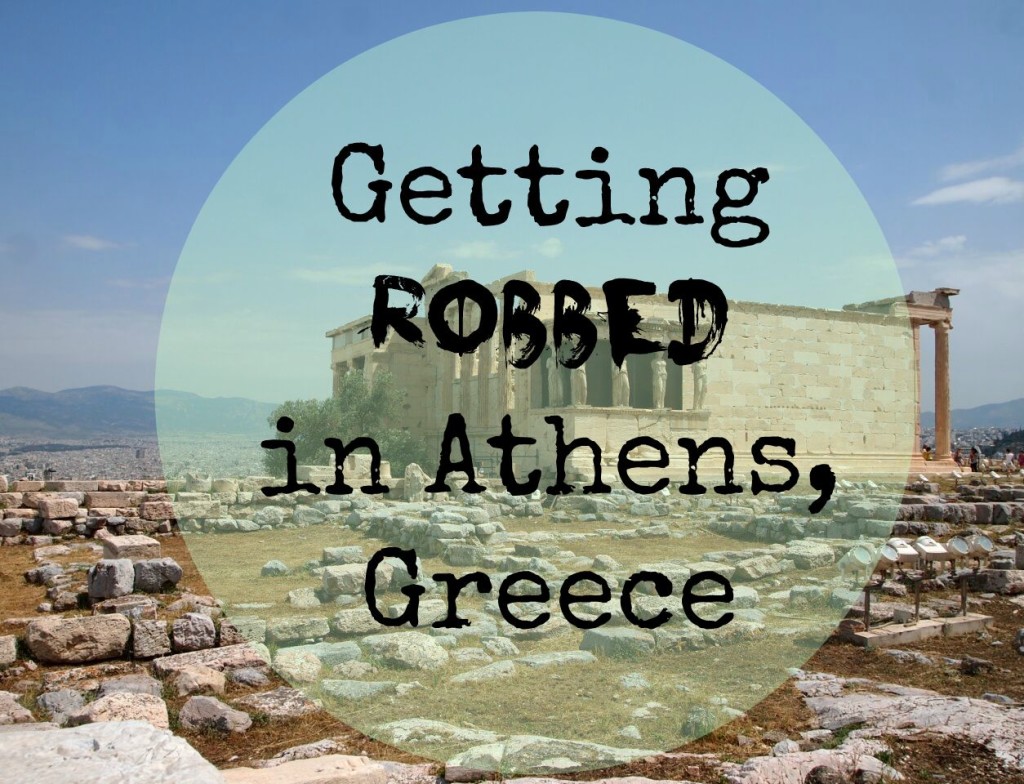 It’s a story you hope you never have to tell. Admitting that you were duped; that you fell into a sort of tourist trap. Near the end of our honeymoon, we fell for one of the oldest tricks in the book and ended up getting robbed in Athens, Greece. In broad daylight. In a fricken Mcdonalds.

We were at Syntagma Square, looking for a place to rest and simultaneously stuff our face. To our defense, we didn’t see much places to choose from, thus how we ended up eating at a Mcdonald’s in Greece. (Maybe this was punishment for choosing such a place when international cuisine was available?) On the second floor, Mcnuggets in our mouth and gadgets in hand, 2 young boys and an adult male all of sudden came up to us and started waiving laminated flyers in our face. The flyers had an unrecognizable language and pictures on it, and it sounded to us like they were yelling gibberish. 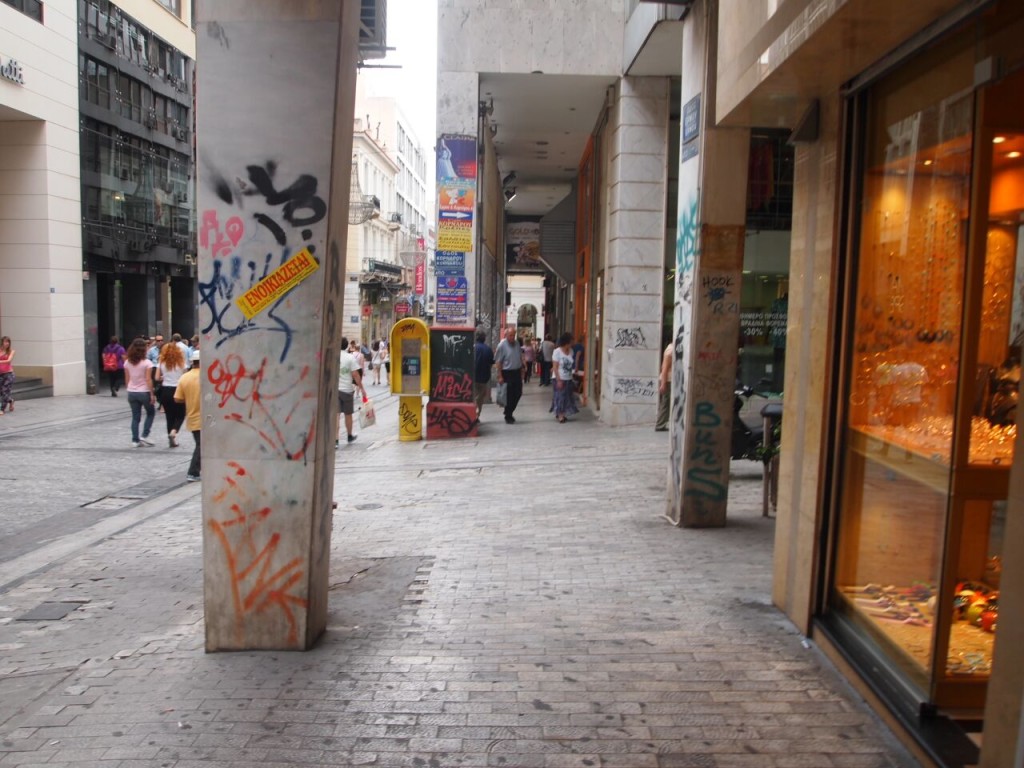 Immediately we thought they were beggars. We’ve seen a lot of them in Greece during our trip, and didn’t think anything past that. At first we ignored them, continuing to eat our food. As they started to really get in our personal space, Jarden repeatedly told they to go away, and after continuously waving flyers and screaming, he started to physically push them away. Not soon after they quickly ran out.

Thinking that Jarden scared them off, we continued to eat our meal. Not too long after though, Jarden noticed his phone was missing. Realization quickly dawned on us, and we realized that we were being cleverly distracted while they swiped his phone. Before our trip, I extensively read about and prepared for pickpockets, but being that I haven’t discovered travel blogs yet, I hadn’t heard much of distraction technique scams in Europe. I now know that this technique is one of many, targeted specifically for tourists. 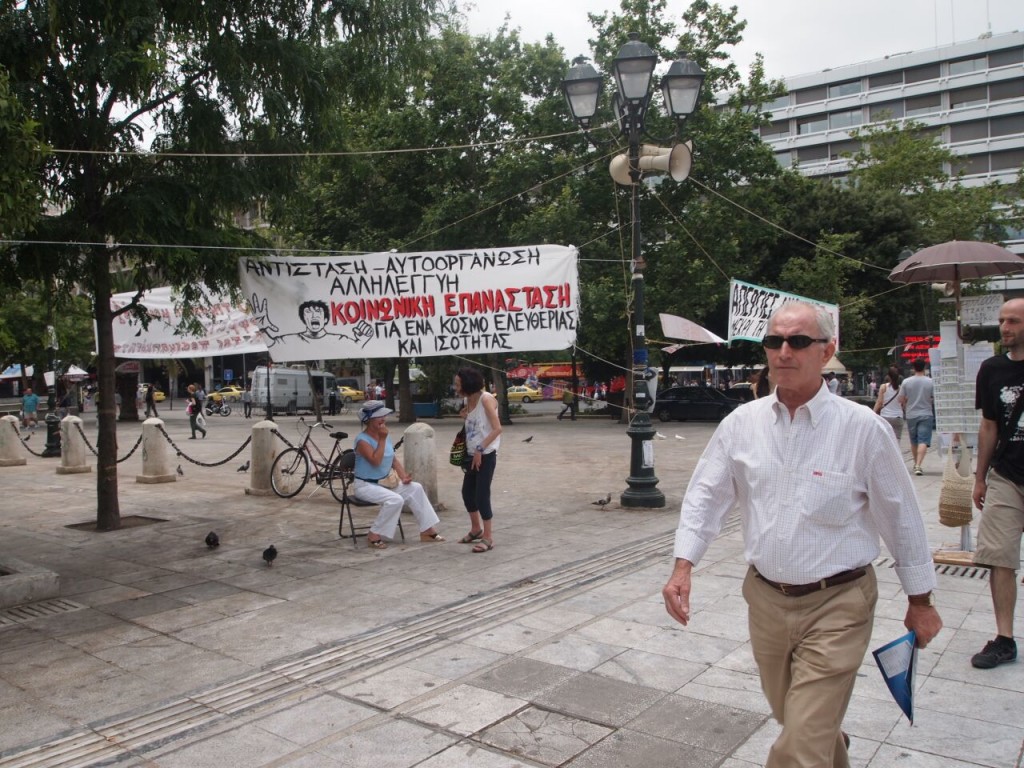 Thinking back, we definitely made a target early on. The Mcdonalds we ate at was extremely crowded, and there were tons of people eating right next to us. We were on the second floor for goodness sakes! We probably were chosen before we even got into the Mcdonalds, as they waited for us to sit down with all our gadgets exposed. We stupidly tried to look around for them by the way, realizing 15 minutes too late what had happen. (Like they were gonna stick around? Ha!) Police were right downstairs due to there being protests at the time, but we ended up just eating the loss.

In hindsight, our situation wasn’t that bad. No one was hurt, and only 1 of our phones were taken. Although it was a bitch to get a new one (Jarden at the time was on R&R and had to buy a new one back in Afghanistan), we were grateful our wallets/money/passport/cameras weren’t snatched. We also are now a lot less naive, and now know to be a lot more aware of our surroundings. I know for sure that if a stranger ever starts waving a flyer in my face again, I’m gonna hold tight to my belongings and try to distance myself asap!

Have you ever been a victim of a type of scam abroad? 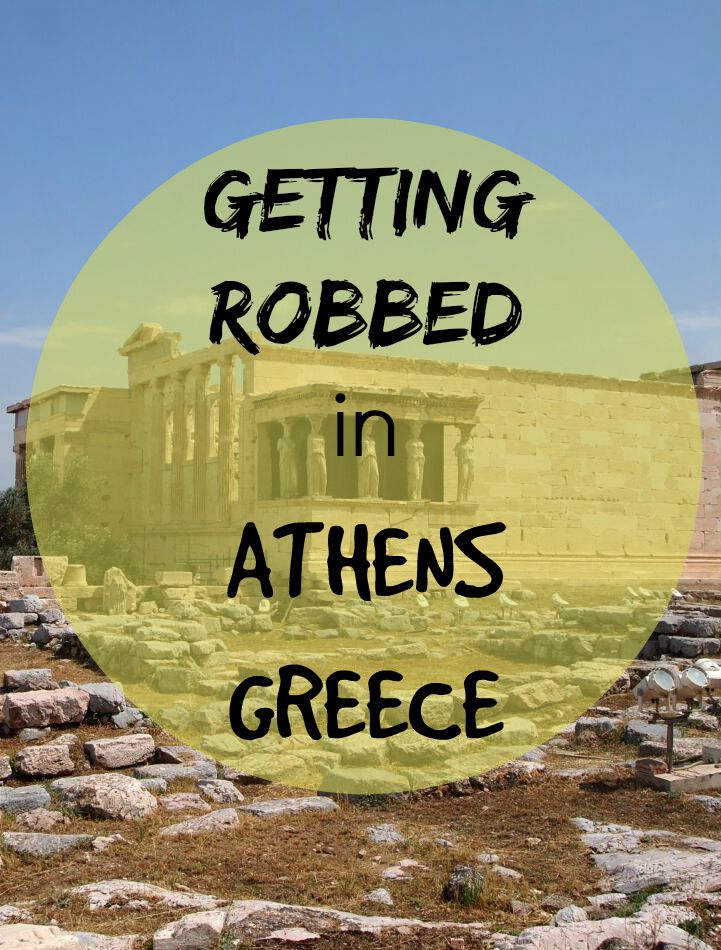 8 Foods You Have To Try In Hawaii

8 Unique Beaches You Have To Visit