An Insider’s Guide to The Wizarding World of Harry Potter 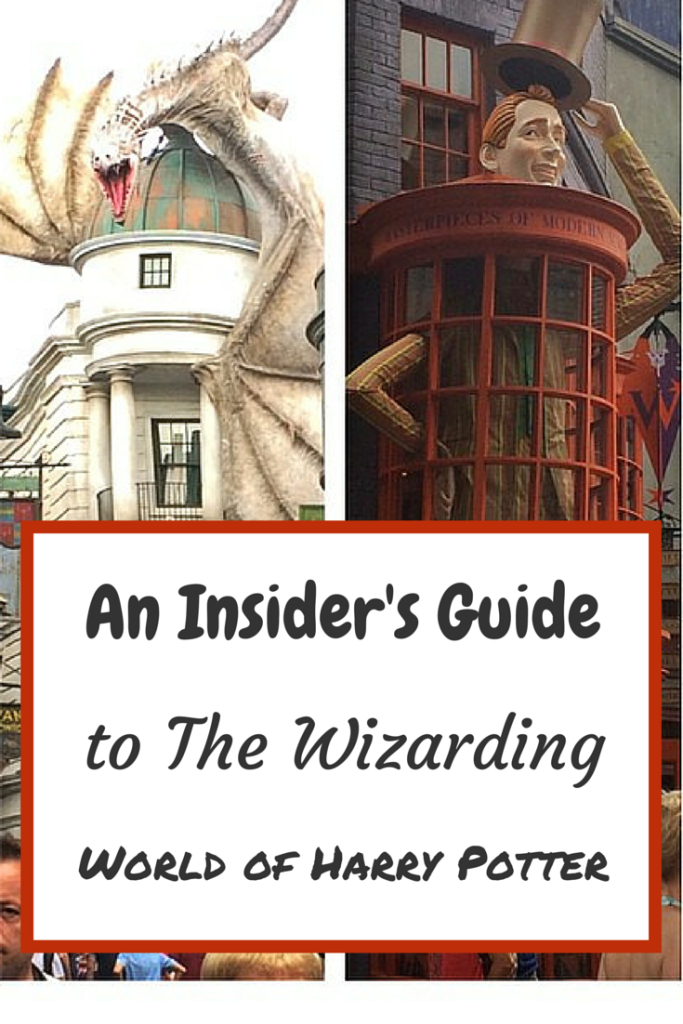 If there’s one thing that people know about me, it’s that I’m a huge Harry Potter fan. I’ve read the books multiple times over, and even got a Harry Potter tattoo behind my ear! So when I found out we were heading to the east coast for a 3 week vacation, I managed to suggest a road trip to Orlando, Florida, for the sole-purpose of going to The Wizarding World of Harry Potter at Universal Studios. DREAM. COME. TRUE! Here are my tips for visiting my version of the most magical place on earth. 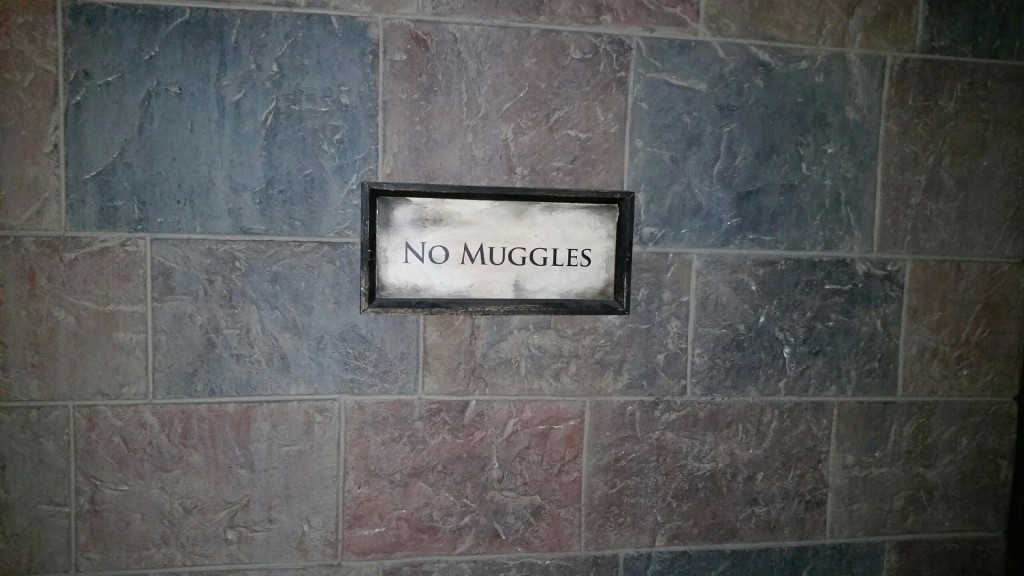 Get There Early…Like Really Early!

The Wizarding World of Harry Potter is chock full of muggles. With new rides and features recently added, wait times for certain rides can extend to over 2 hours! We got to the park early, speed walked/obnoxiously ran as fast as we could, and jumped in line for the Harry Potter and the Forbidden Journey Ride as soon as it opened. (That ride, as well as the Harry Potter and The Escape from Gringotts ride fills up fast, so I’d recommend checking out those first.)

Make Ollivander’s One of Your First Stops

Another place that fills up quickly is Ollivanders; the legendary wand shop! Wait in line for the not-so-advertised wand choosing show as soon as soon as you are able; performance is about 10 minutes long and the line can get pretty extensive. 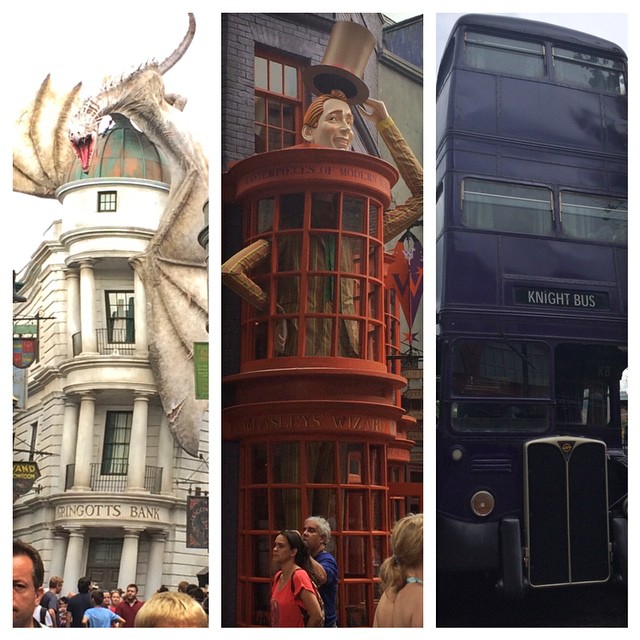 Watch out for the fire-breathing dragon

Every 15 minutes or so, the dragon above Gringotts breathes out some hot flames. Seriously, you can feel the heat coming off of that thing! If you’re skilled enough, try and snag a perfectly timed picture; you’ll hear a roar right before it’s about to happen.

While perusing at Ollivanders, you should definitely pick up an interactive wand. There are spots throughout The Wizarding World where you can do spells, (the interactive wands come with a map!), but the spells don’t work with the non-interactive wands that they also sell. The spell casting spots are a little finicky and a bit difficult at first, but park attendants are present to help you out. My husband got quite a laugh out of it; I was definitely the oldest one around waving my wand and making feathers float mid-air. (You better believe I Wingardium Leviosa’d like a champ!)

Call The Ministry of Magic

I wasn’t aware of this when I went, but there’s a phone booth near The Knight Bus where you can dial (M-A-G-I-C), and someone will actually answer you! Details are everything people, details! 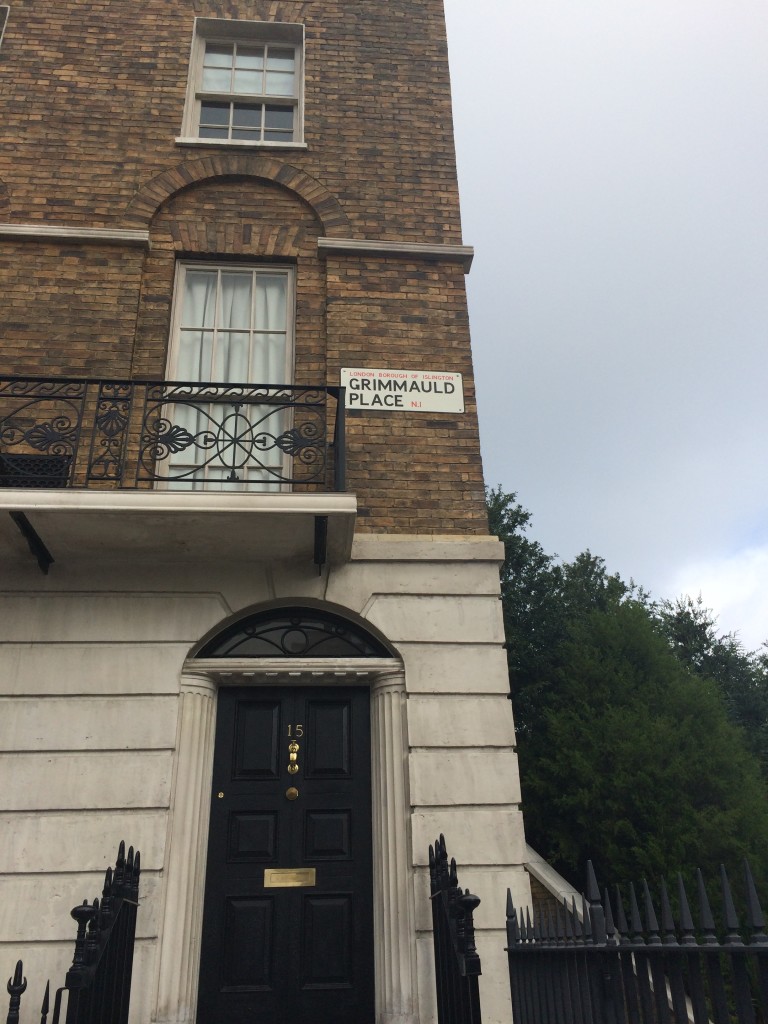 Something that I almost missed completely was Grimmauld Place, right next to The Knight Bus. Occasionally you can catch Kreacher, the Black’s house elf, peeking out the window.

Ride the Hogwarts Express Both Ways!

You can ride the Hogwarts Express to get from Hosmeade to Diagon Alley, and vice versa. What’s cool about the ride is that there are different details on the train depending on which direction you’re traveling in. I don’t want to spoil the surprise, but definitely ride the train at least twice. 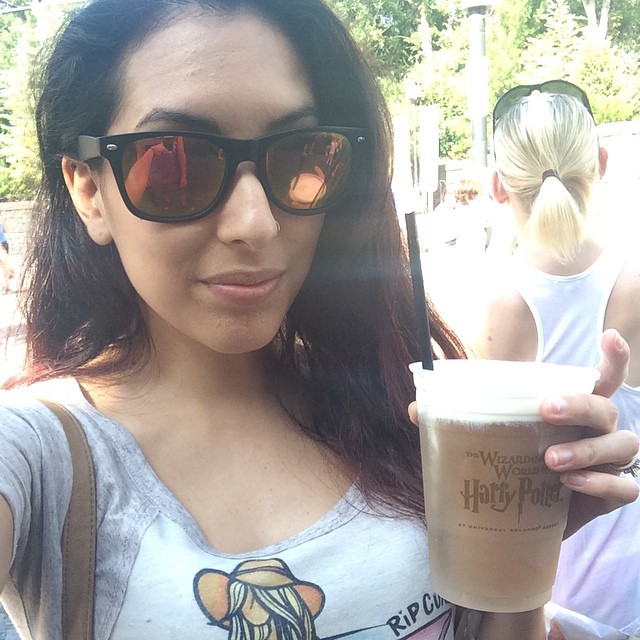 Reading the books, I’ve always dreamt about what Butter Beer tastes like. Let me tell you, it’s delicious! You can get it in liquid or frozen form; The frozen is highly recommended and is similar to a slushy. The flavor is reminiscent of butterscotch, and the creamy froth on top is absolutely sinful.

Soak It All In, and Take Lots of Pictures!

The Wizarding World of Harry Potter was seriously one of the best experiences of my life. For a super fan like me, the details of the park was just impeccable, and very true to the book. There are tons of photo opportunities at every corner; go into every shop and absorb all of the magic! 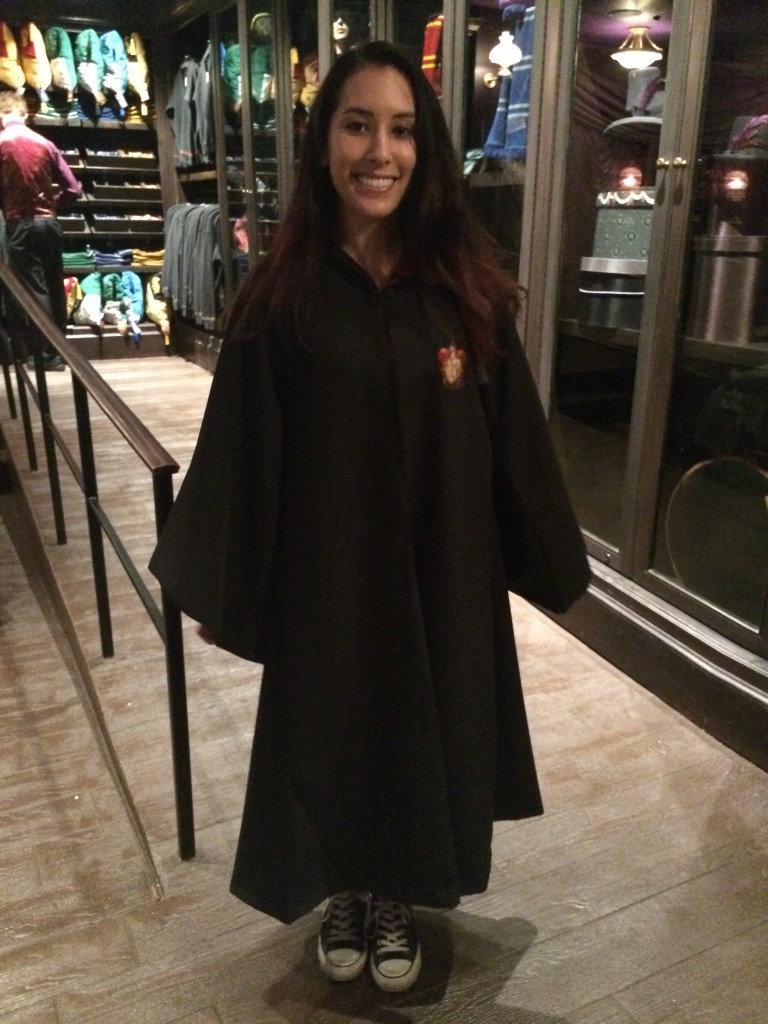 Any of you fellow HP geeks out there? Potterheads unite!

A Beginners Guide to Flying Standby