A Beginners Guide to Flying Standby 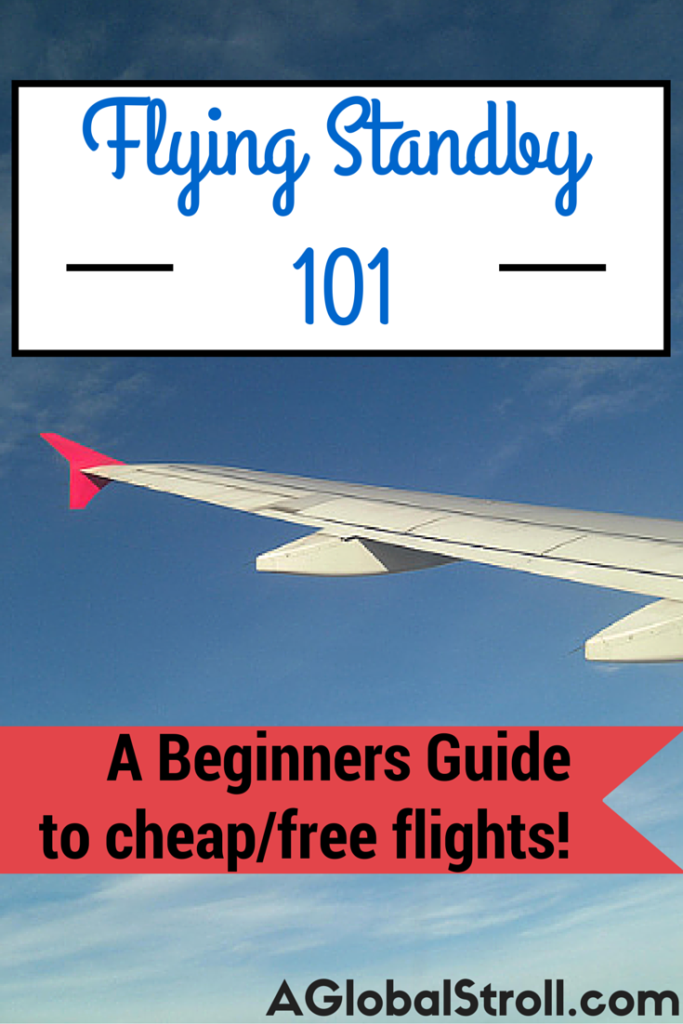 If you’re lucky enough to be an airline employee, or know of someone working in the airline industry, you might have the exciting opportunity to fly standby. This will give you the basics on what you need to know about these discounted/free flights.

All airline standby programs work differently. Generally the idea is that you are given a discount on flights when you book a trip and are put on a type of wait list, having the opportunity to get on a flight if it’s not already full, or if booked passengers don’t show up to their flight. Think of this as a friends and family program with the airlines. The discounts can be impressive. It depends on the airlines and there are various criteria (Ex: the seniority of the airline employee), but it can be anywhere from a percentage off to completely free!

Example: My uncle works for a local airlines. Him and his plus one can get on standby flights for around 10% of what it would normally cost. He can extend his standby perk to a certain number of other people (we are 2 of them, thanks uncle!), and we get about a 60% discount on normal flights. We can only fly standby on the airlines he works for.

As mentioned above, different standby programs have different rules; make sure you follow them to the T! For the airlines we fly standby with, they give the opportunity to get first class seats if available, but only if you’re dressed in business casual. (Otherwise you would have to sit in economy.) If we hadn’t followed those rules in the past, we would have missed out on a huge upgrade. It pays to pay attention to detail! Another example is that our membership perks as a frequent flyer of the airlines don’t apply when we are flying standby.

The hard thing about flying standby is that nothing is guaranteed. We’ve had a couple of nightmare experiences flying standby because the fights we were trying to get on were full, and there’s not much that can be done about it as we’re ‘extra’ passengers; only if there’s extra room available. I can’t stress the importance of having a backup plan in case your standby flight can’t accommodate you. In cases where flights are full and you can’t get on, you are usually bumped onto the next available flight, but still on a standby basis. It’s definitely a gamble; sometimes you get on the first flight available, and sometimes you’re left sleeping in an airport terminal.

The thing about flying standby is that you have to wait. A lonnnnnnnng time. Since you’re being put on a flight if only there are extra seats available, you’re usually not called until the few moments before the plane is about to leave. And that’s if you get called! Personally the not knowing gives me tons of anxiety; its definitely a waiting game.

Flying standby is a somewhat risky business. If you go into the situation and understand that you are taking the chance of waiting for hours and potentially not flying out right away, you’re more likely to be accepting if things don’t go as planned. If you’re travel plans are flexible and you aren’t pressed for time, it’s definitely worth it to save hundreds of dollars! While we’ve had bad standby experiences, we’ve also had great ones and were able to get on flights easily, even getting bumped up in seat class.

Would you fly standby? Have you flown standby before? If so, what was your experience like?

An Insider’s Guide to The Wizarding World of Harry Potter