5 Things No One Tells You About Skydiving 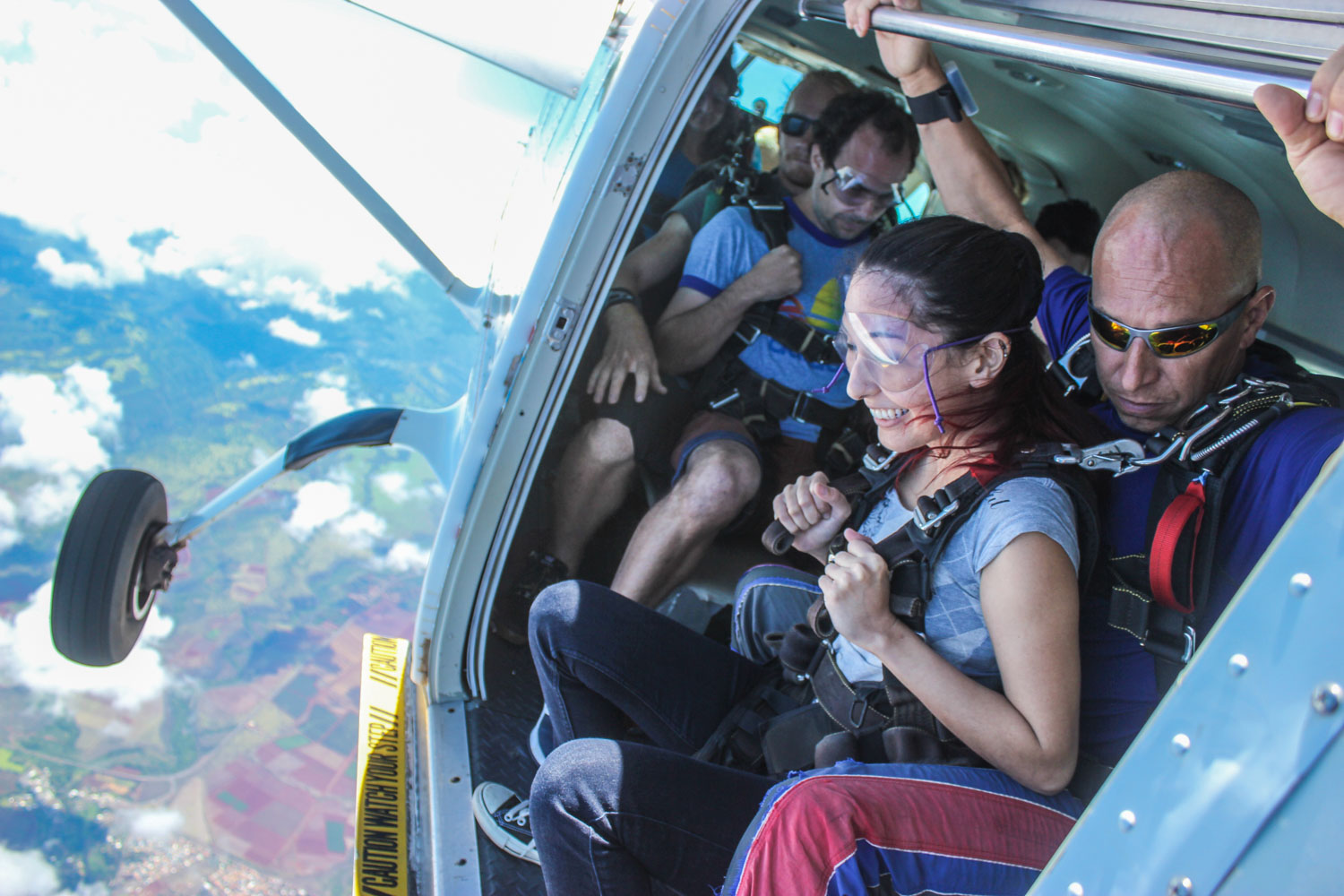 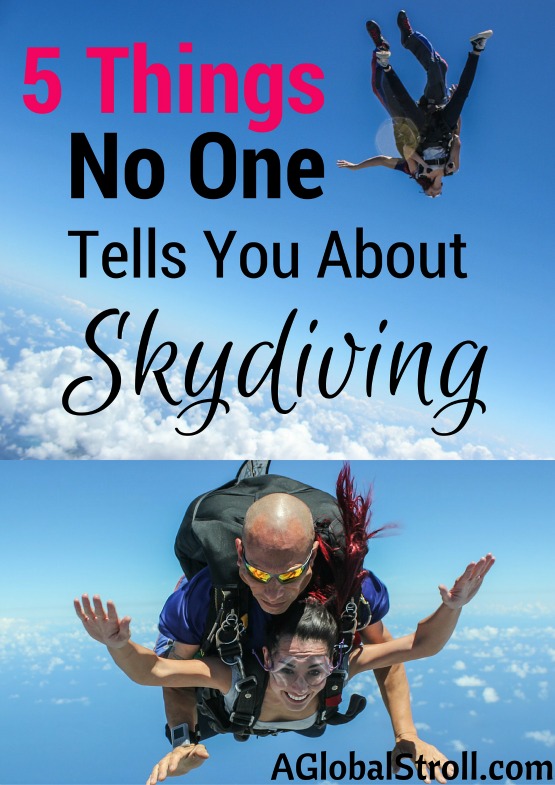 In preparation for our skydiving adventure, I did A TON of research. I looked up reviews on the company we went with, watched endless amount of Youtube videos, and even sought out answers online to my most pondered questions. Even after all of the investigation, I found that these were some things that were hardly, if not ever mentioned by others in regards to their skydiving experience. (And it’s things I would have liked to know before my first time!)

1. IT’S HARD TO BREATHE UP THERE

I always thought that if I died while skydiving, it would be because of my chute not opening. I never even considered for a second that I could suffocate in the expanse of the sky, but dang, it’s really hard to breathe up there! I know, I’m being dramatic and the chances of suffocation are probably slim to none, but while enjoying the free fall I found that it was pretty much impossible to breathe through my mouth, and I had to try extremely hard to gasp for air. (Breathing through my nose was easier) I don’t know what it was, but I was a bit freaked out about it! (Jarden also told me he had the same experience!)

Seriously, its hard to think up there with all that noise. As soon as that airplane door opens, your whole world is filled with the sound of rushing air. When my chute finally opened and I slowly floated down, I welcomed the serenity of the silence.

In my extensive pre-skydiving research, I read from a few people that you don’t get the ‘stomach drop’ feeling like how you do on a roller coaster or while bungee jumping. My friend told me otherwise, and I agreed it was impossible; how on earth can I jump out of a plane at 14,000 ft. and not feel like I’m falling? But it’s true! It literally feels like your floating; like your hovering above a giant wind fan. Supposedly it’s the fact that your so high up you can’t see yourself falling; whatever the reasoning, it’s an odd thing!

One thing I noticed while skydiving is that the rapid descent makes your ears pop a lot, and it hurts! Much like the descent of an airplane, I guess it makes sense, but it’s something that people never mention, and I was really unprepared for the few minutes of ear pain while floating back down to land.

At 14,000 feet, we had about a minute of free fall, and while it seems like a long time to plummet, it’s definitely not enough. Between the initial realization that your falling out of the fricken sky, to the many attempts at trying to look cute for the photographer, a minute goes by in an instant, and your then being yanked up to calmly float the rest of the way down. You get a few minutes of float time, which was beautiful and one of my favorite parts of the jump, but even that is sadly short lived. Who knew one could fall so fast?

Have you ever gone skydiving? Was your first experience like ours? Check out first skydiving experience here!