5 Amazing Cenotes in the Yucatan Peninsula

Mexico is known for its thousands of cenotes, and deciding which ones to visit can be a bit overwhelming. While there are tours that can take you to a few cenotes, we got a rental car so we could explore some on our own time. From Tulum to Valladolid, here are 5 amazing cenotes across the Yucatan Peninsula!

-Cenotes are natural fresh water pools. Many have marine life such as fish, and a lot are crystal clear!

-Most cenotes (the well-known ones at least), are regulated and having set opening/closing times. Many also have small admission fees, normally not more than a 50-150 MXN pesos a person.

-Many will have snorkels and life jackets for use or rent. Note though that they probably will be some really cheap snorkels, and the sanitation of the snorkels is probably limited to non-existent.

-Most cenotes will ask that you don’t wear sunscreen while in the cenote, unless it’s biodegradable. (Otherwise it will harm the marine life!) 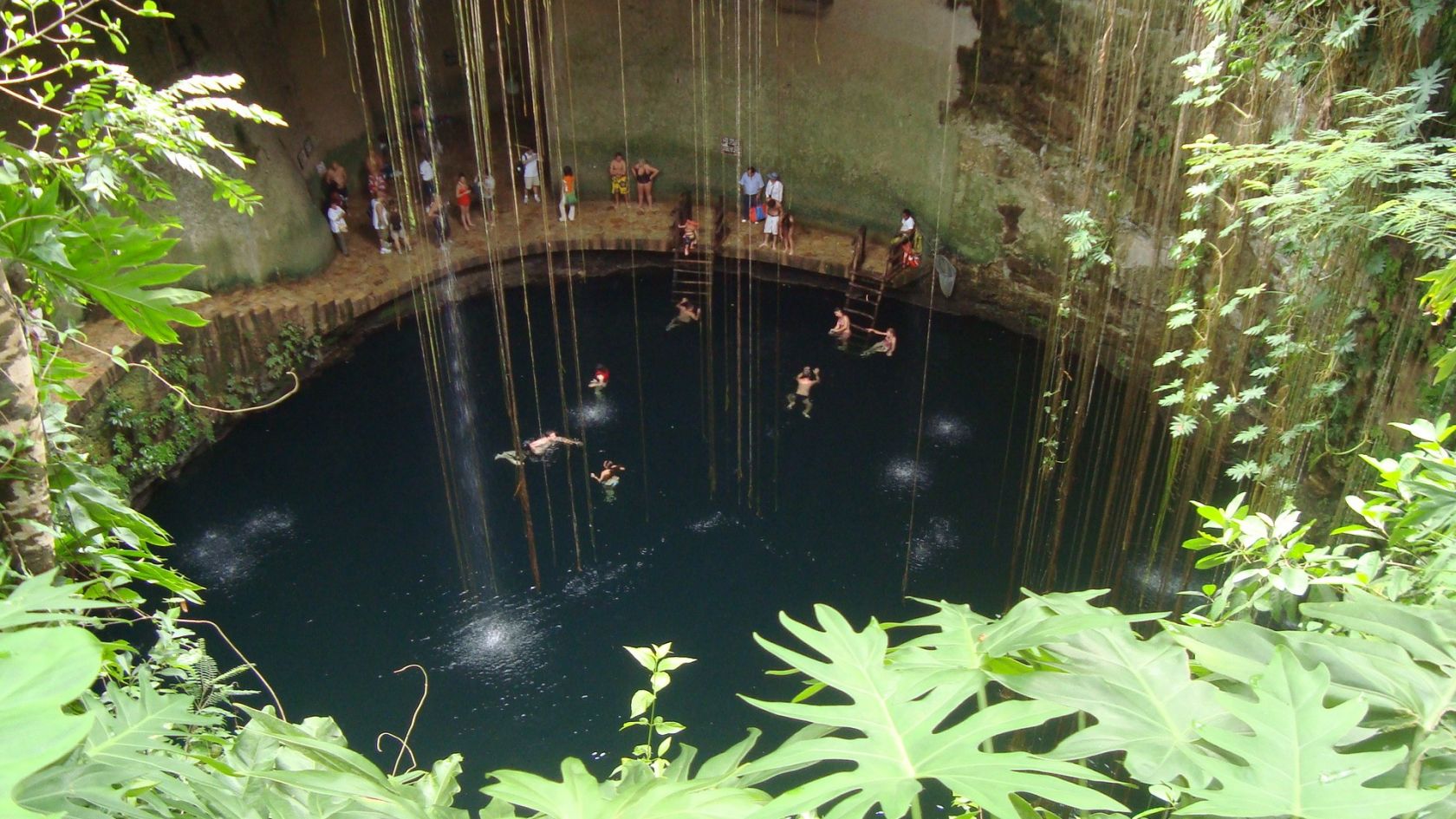 A quick 15 minute drive from central Tulum, this is one of the most popular cenotes area, and it gets flooded with tourists on a daily basis. It has a beautiful opening on top with vines hanging through, and there is a staircase around that you can walk down. Arrive early to avoid the crowds! 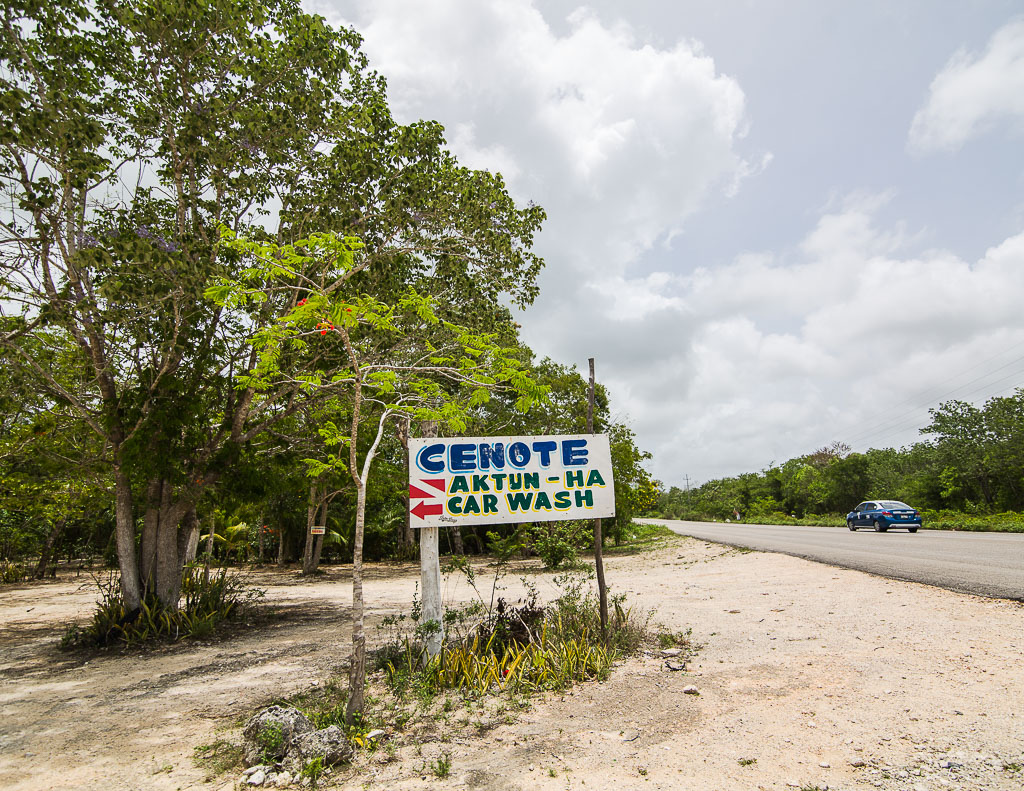 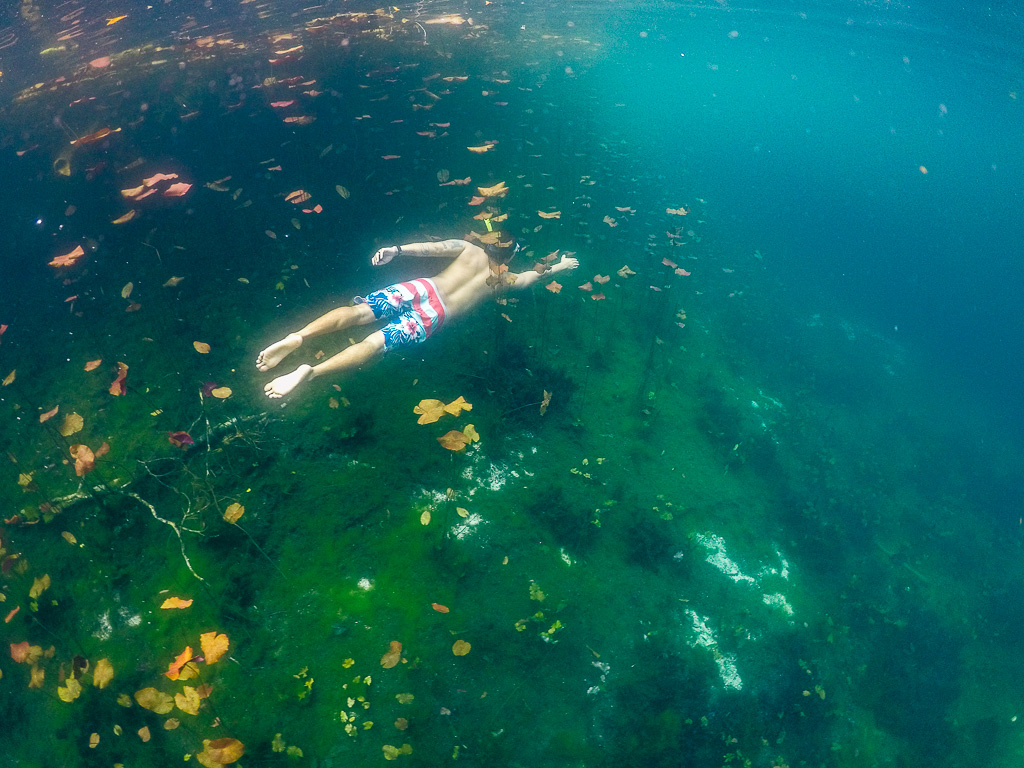 This is the only cenote we actually swam in, and we liked it a lot! It’s a few minutes from the Gran Cenote, but definitely not as popular, so you can get a lot of underwater pictures here without the crowds. The admission included life jackets and snorkels.

There is a shack that you can jump off of into the cenote, and there’s an abundance of plant life underneath. It’s also a popular place for scuba divers, as multiple dives were happening when we went. 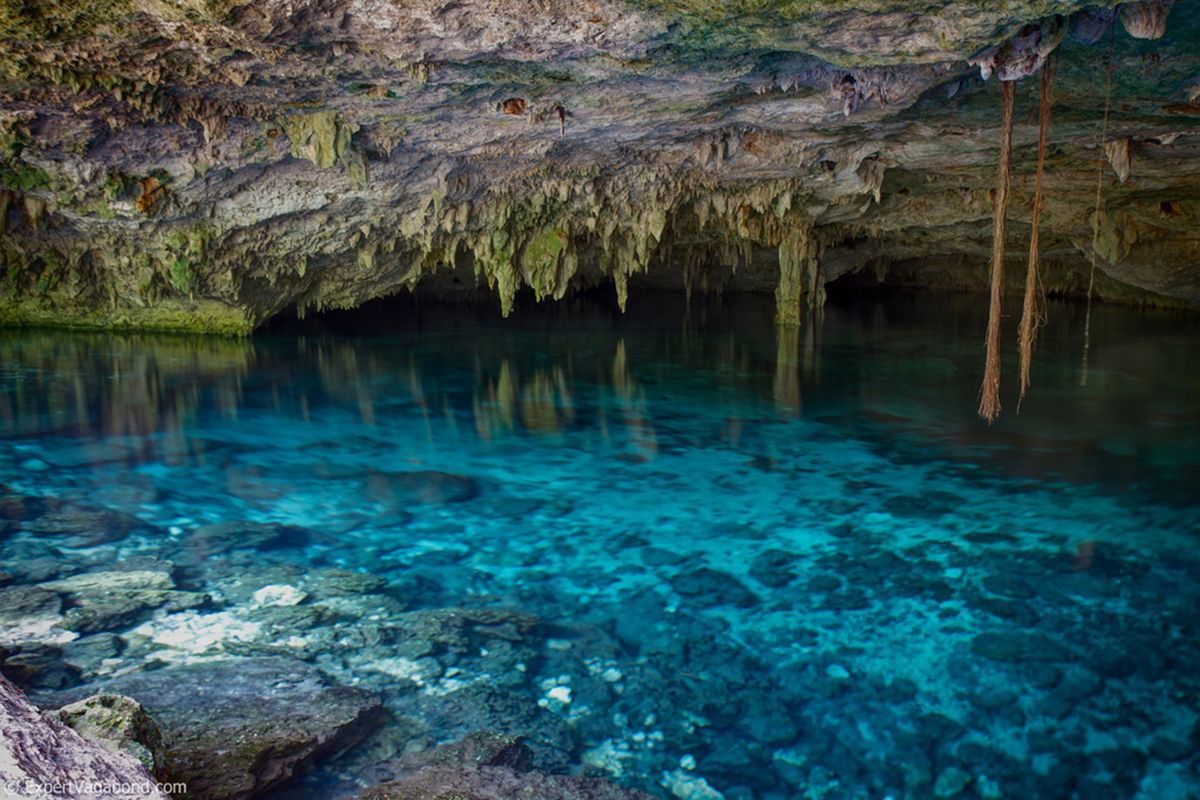 Meaning ‘Two Eyes’, this popular spot is split into two sections – one for snorkeling and one for diving. The area is very developed and has a bunch of staff, runs tours on the property, has a ticket counter, etc.

***We came here too late for admission, and after leaving I unknowingly left my wallet on one of the tables. When I came back an hour later frantically seeing if I left it there, I was shocked that the staff saved it for me, with my thousands of MXN pesos still inside! Thank you Dos Ojos staff!*** 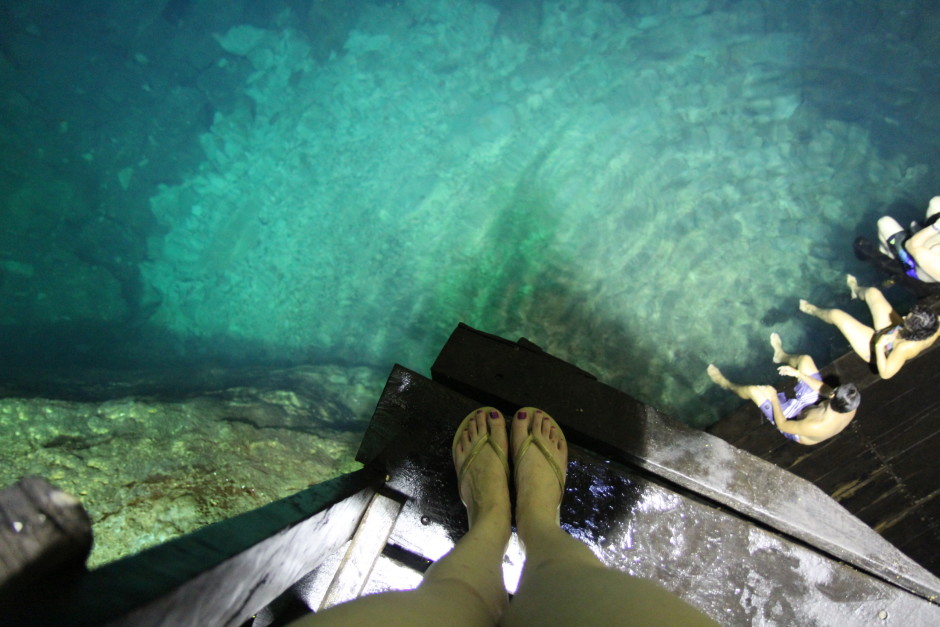 Located 5 minutes from Coba, I’m sad that I wasn’t aware of this one until later! (We went to the Coba Ruins – we were right by the cenote!) While there are 3 popular cenotes in Coba, this one is very popular due to the 2 jumping platforms people frequent. One is nearly 40 feet! If you’re a thrill seeker, don’t miss this cenote! 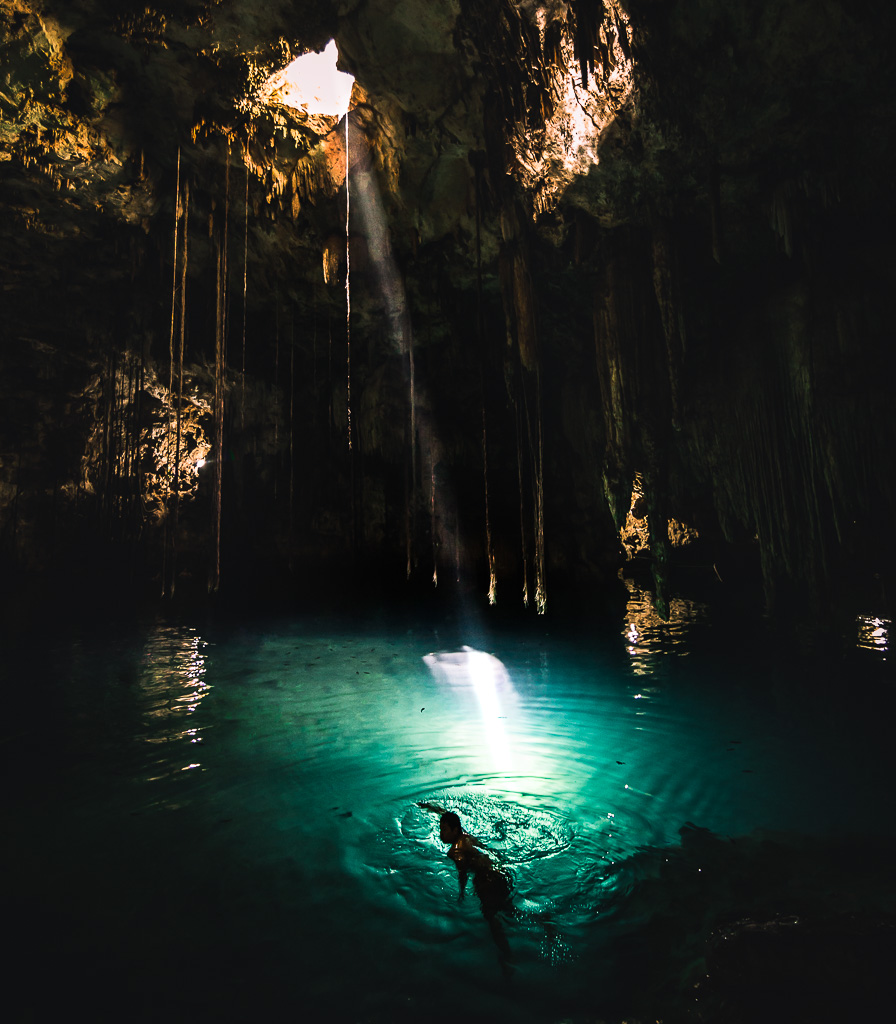 Dzitnup is actually separated into two cenotes – Samula and Xkeken. Near Valladolid, we visited Dzitnup on our way to Chichen Itza. This cenote is also more developed, with a ticket booth, staff that takes your picture, eateries, and lots of vendors on site. You can either pay for admission to one cenote or both – we unfortunately only had time to visit Samula. Samula has a small swimming area, but the highlight of this cenote is the hole up top that allows a beam of light to shine through.

What are some of your favorite cenotes?