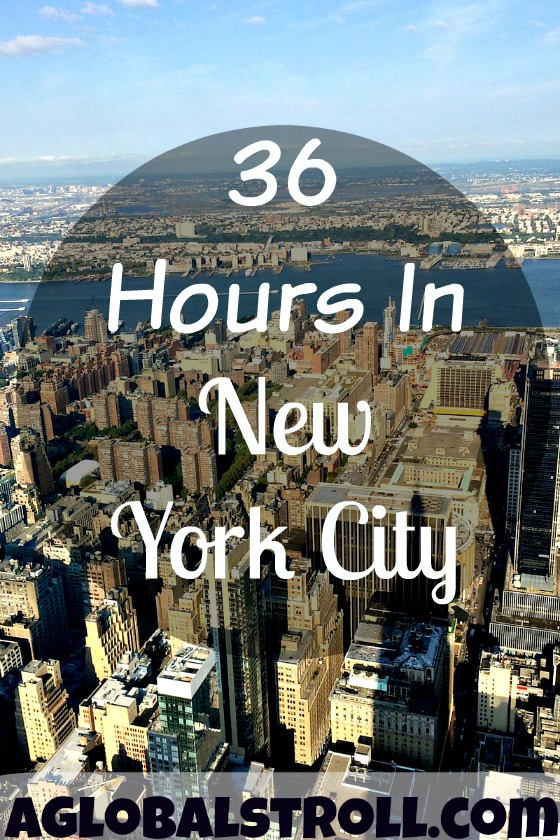 New York, the city that never sleeps. For a city so large, with so much history and substance, it’s slightly criminal to limit yourself to only a day and a half there. For us though, our first visit to New York was just a quick detour to the beginning of a 3 week east coast trip. We landed at JFK at 7am, and explored all the hot spots at turbo speed. We left The Big Apple the next day at around 1-2pm, and although heinously short, we did a lot in 36 hours, and saw a lot of the city’s highlights. Here are our recommendations for 36 hours in New York City. 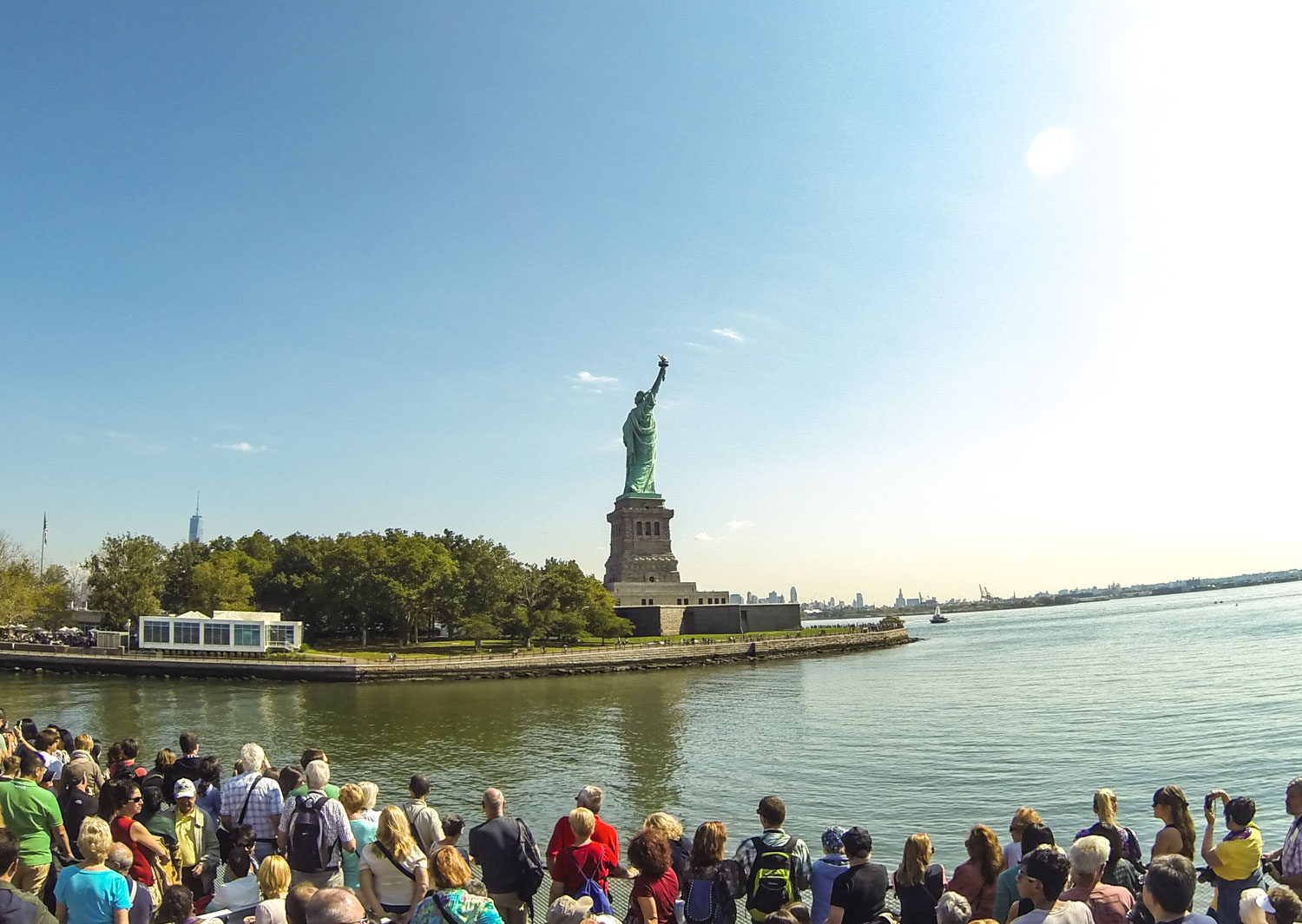 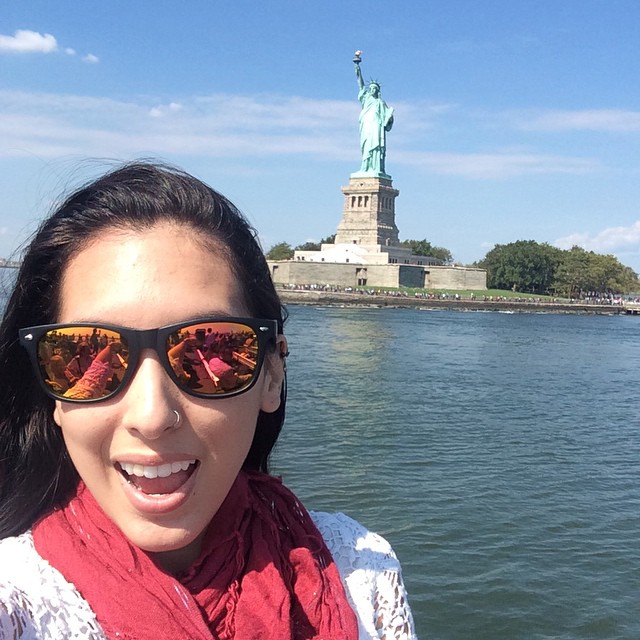 After dropping our stuff at the hotel and navigating New York’s subway system, we arrived at the beginning of our first attraction, The Statue of Liberty. This was of course one of our New York must-do’s. Now we bought these tickets weeks in advance (they sell out FAST!), so make sure you come to New York prepared, or else you may leave disappointed. The tickets took us on a ferry that chartered between The Statue of Liberty and Ellis Island. For sake of time we actually stayed on the ferry and didn’t step foot on the islands, but it was cool to see from up close. (She’s actually smaller than she seems!) 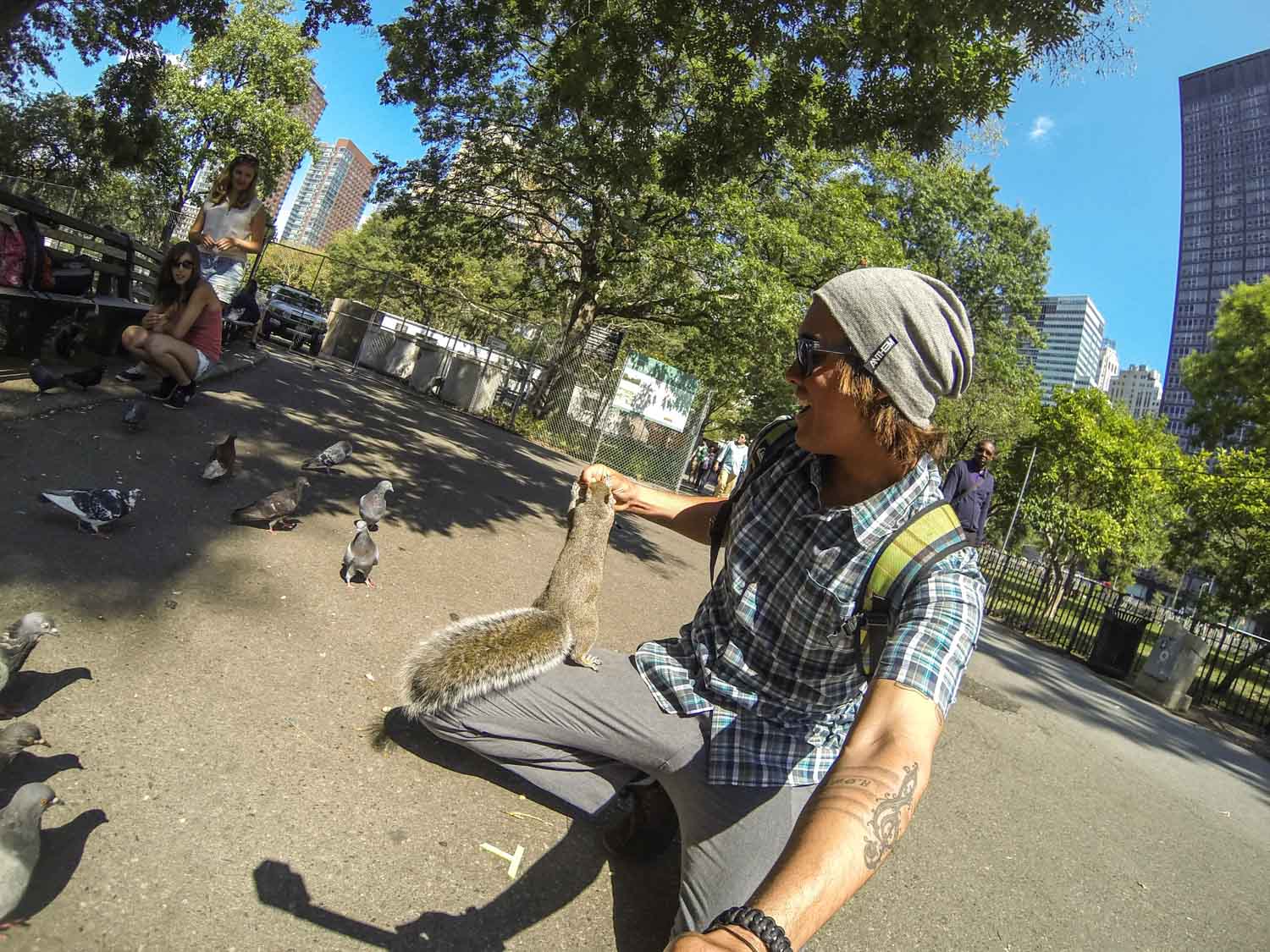 Now this isn’t a must-do, but it was a cool unexpected detour on our way to Wall Street. After our ferry ride we ended up walking through the famous Battery Park, holding snakes, seeing Youtube famous street performers, and even feeding adorable squirrels! Since there are no squirrels in Hawaii, we were a little more enamored than most. Other tourists graciously offered us some of their peanuts to feed them, and it’s silly to say, but it was one of our most fondest memories of New York! (We really love animals lol). 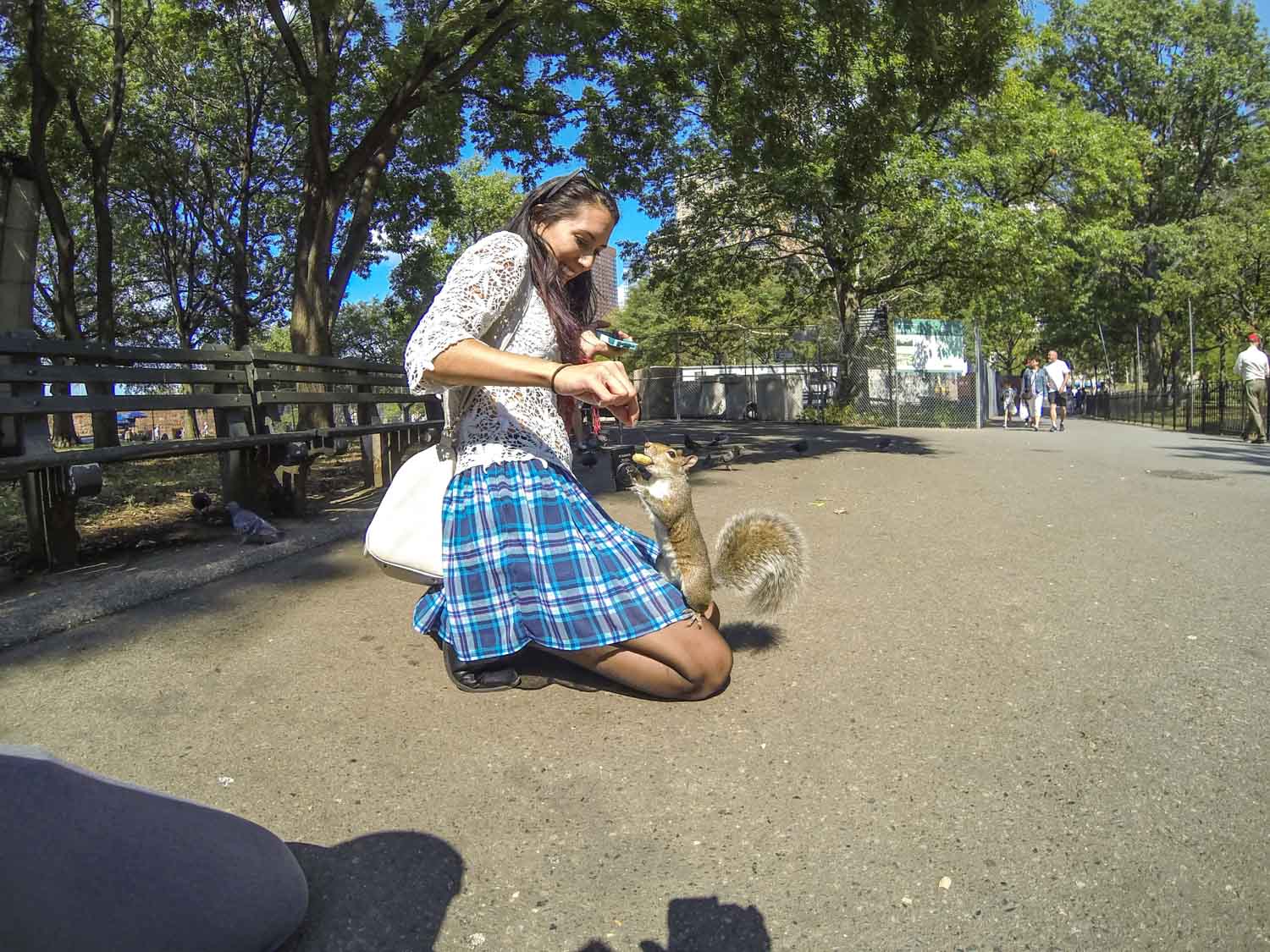 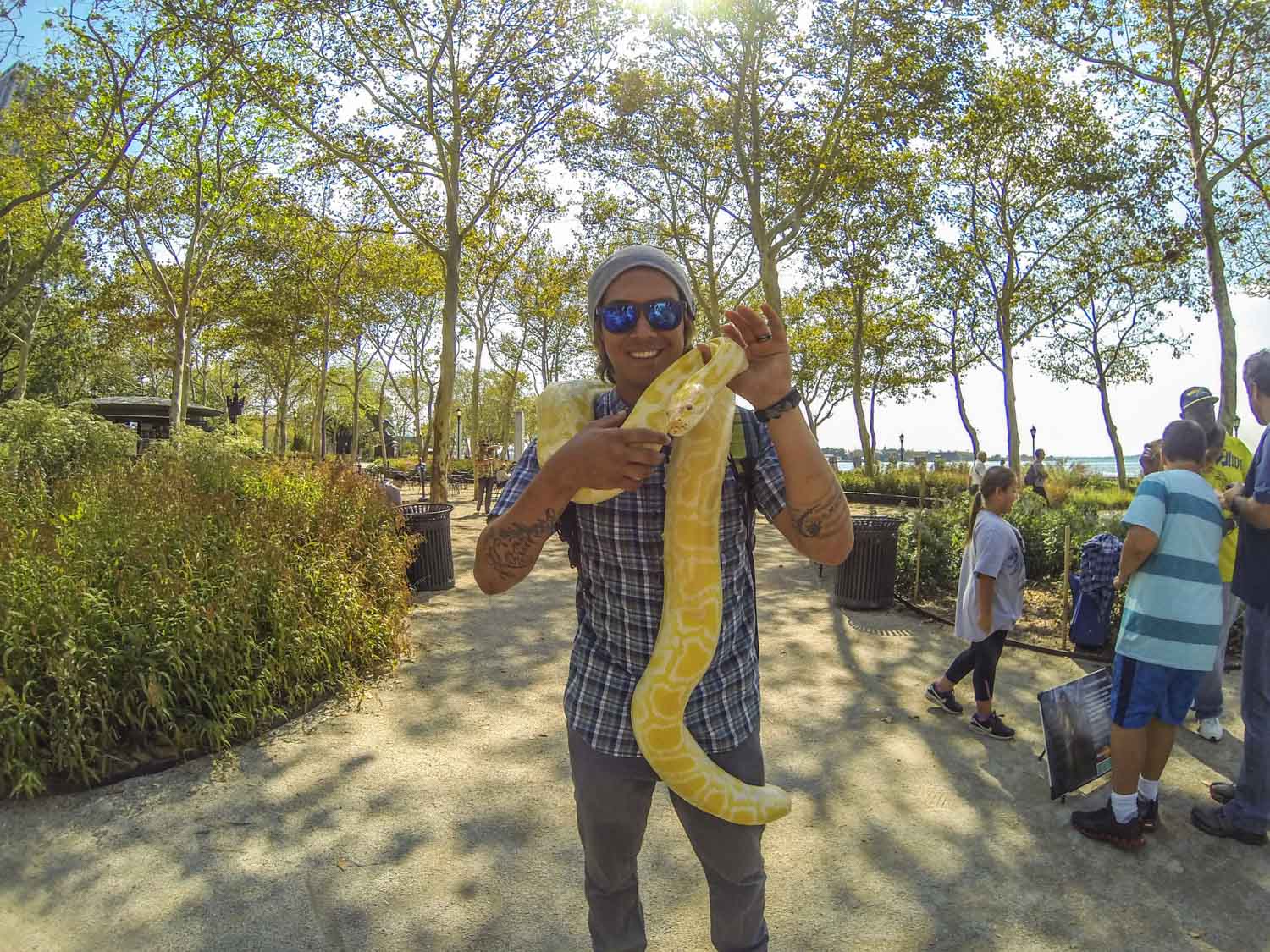 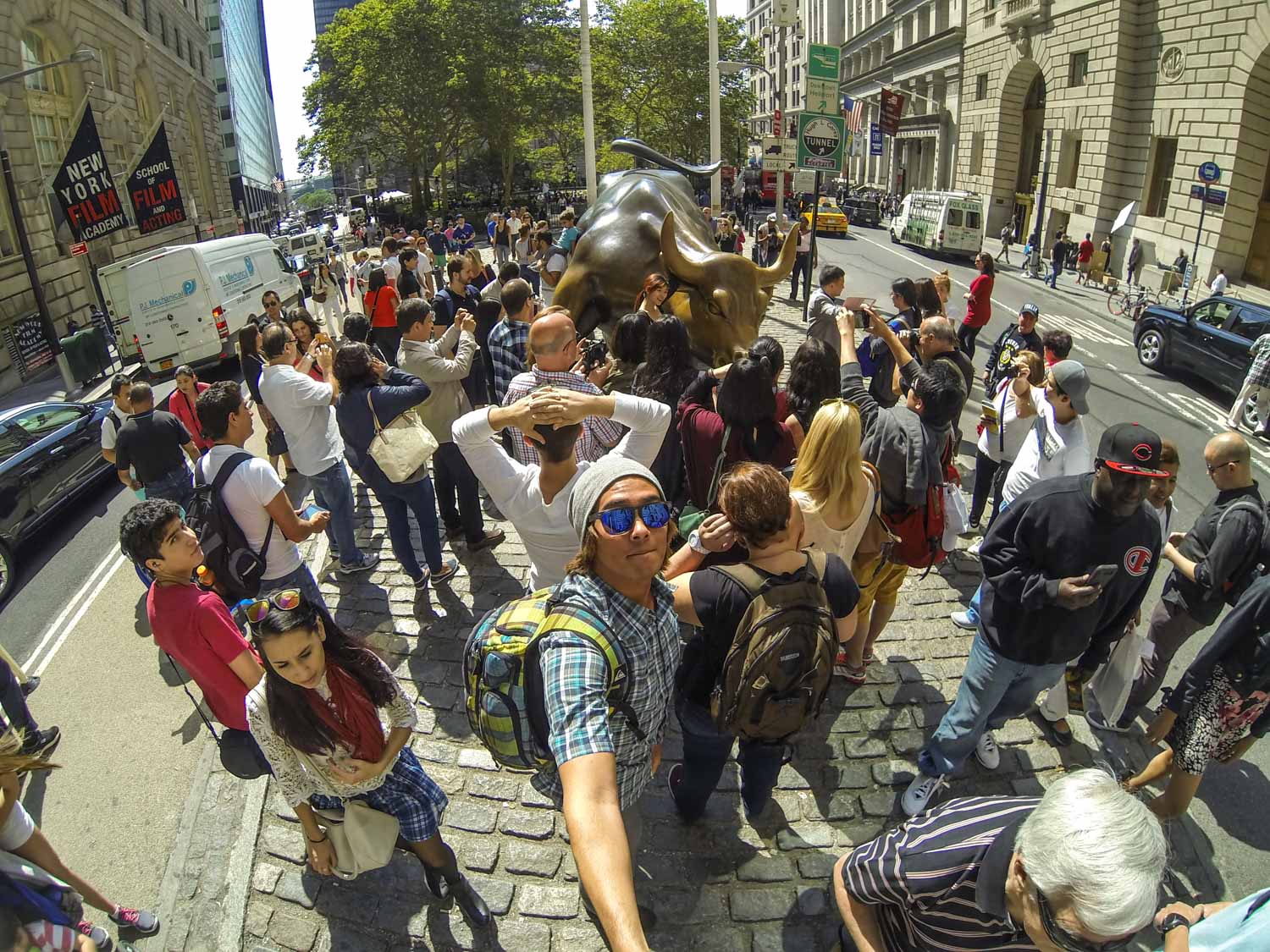 Wall Street was definitely straight out of a Encyclopedia. Business professionals in suits bustling around, serious looks and obvious high ups milling about. Very cool to see! (We even saw a fashion shoot in progress with a tall, glamorous New York-y model! Things like that don’t happen everyday in Hawaii, I’m easily amused lol!)

Grab A Slice of Pie 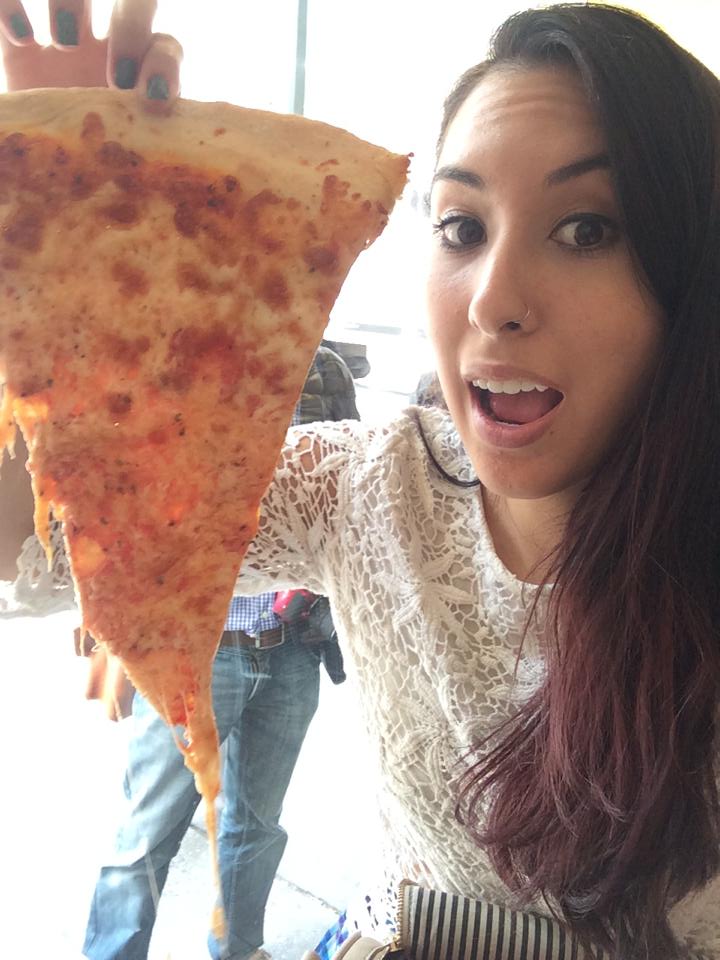 New York is famous for their large pizza slices, so of course that was our item of choice for lunch. We ate our pies at a location near Broadway, (this is when we bought our tickets for a show that night!), and it was actually pretty delicious!

Catch a Show on Broadway 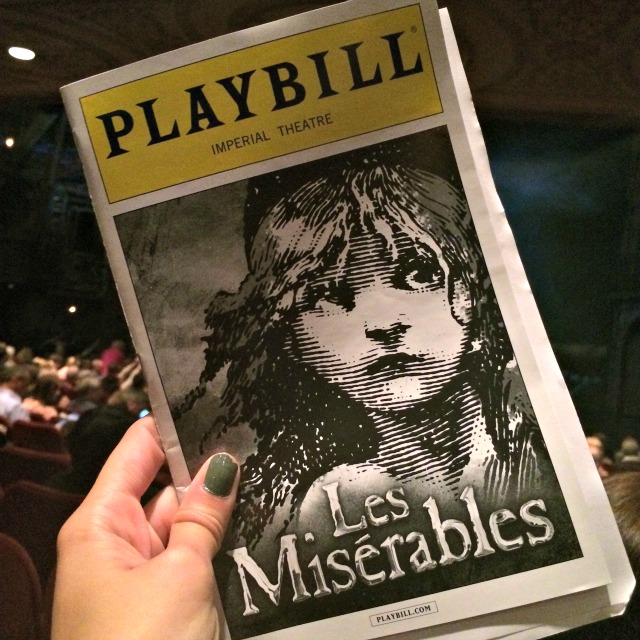 For me, one of my dreams have always been to see a show on famous Broadway. We discovered early on that day that Broadway isn’t just a singular place, it’s actually a street full of theaters showcasing different performances. Note to buy your tickets prior to avoid getting sold out on, especially if it’s a popular show. We’ll do a separate post on how to choose a Broadway play later, but for us, we chose to see Les Miserables, and it was wonderful! 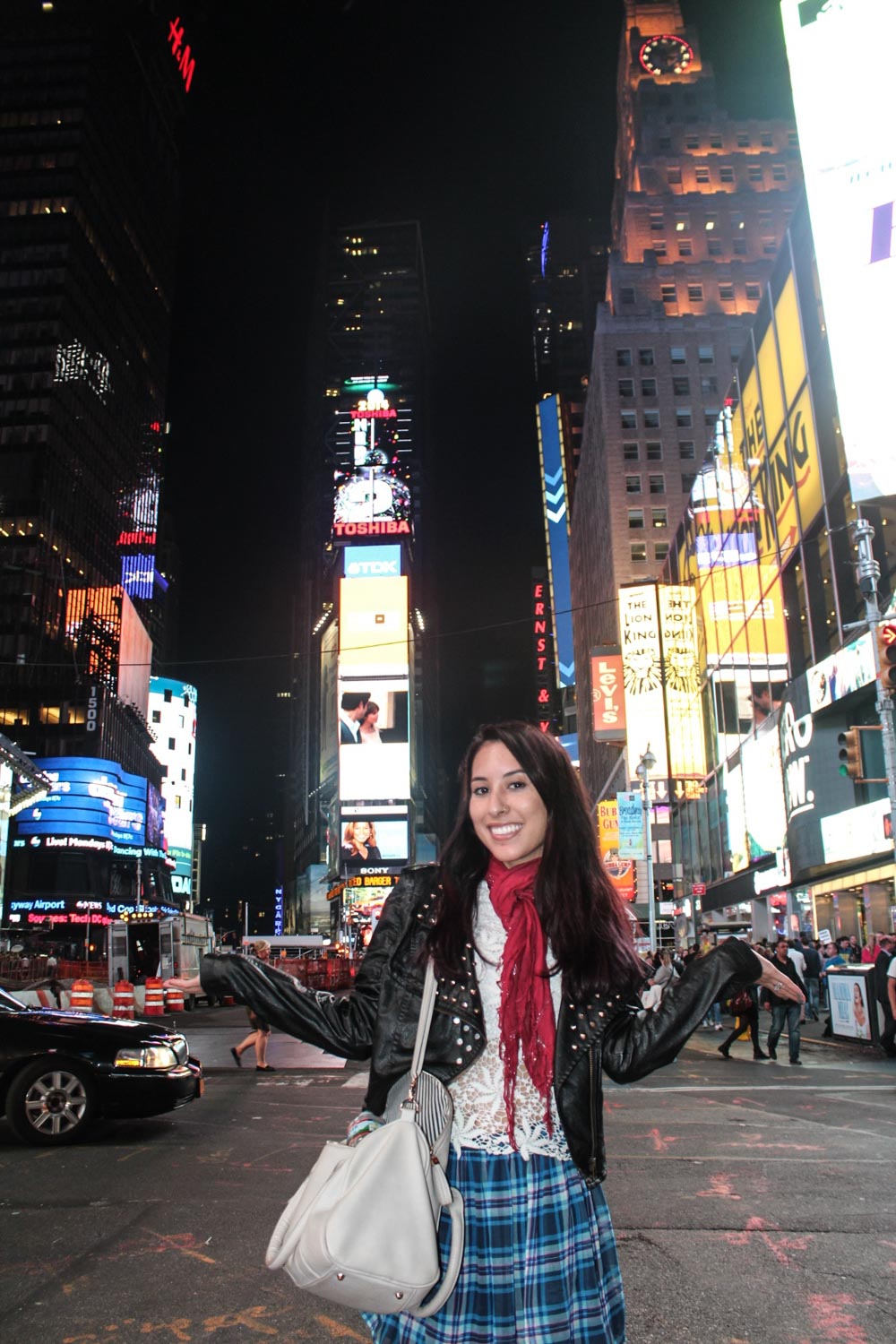 Times Square is a sight during the day, but it’s absolutely buzzing at night. The lights and billboards were everything we’ve ever imagined and seen in the movies! I can’t even imagine the energy during New Year’s Eve; one of our bucket list items!

If you haven’t already heard, I’m a self-proclaimed foodie. I couldn’t have left New York without some delicious NY grub, so my trusty Yelp app led us to discover a quaint little pasta joint that stayed open late in the famous district of Hell’s Kitchen. Now I’ve heard of the place of course, but Jarden is big fan of the Daredevil tv show/movie, so this was a lot more monumental for him. The pasta was excellent too! Nice to say my first time eating gnocchi was at Hell’s Kitchen 🙂 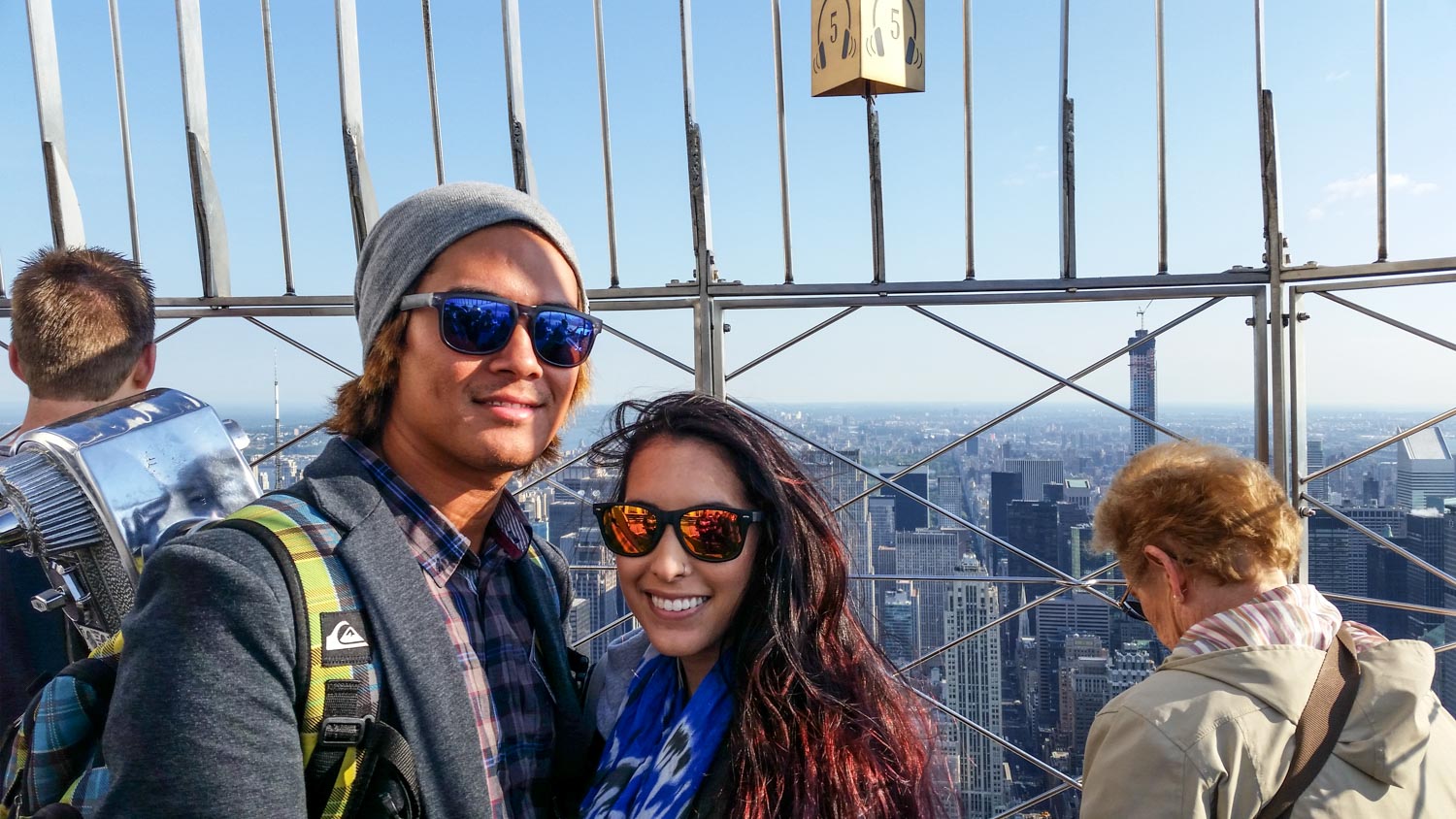 This is another attraction where you should buy your tickets in advance. We got to skip some heavy lines buying our tickets online, and you don’t want to waste your precious time doing that! The views from the top of the Empire were GORGEOUS, we spent a decent amount of time up there! 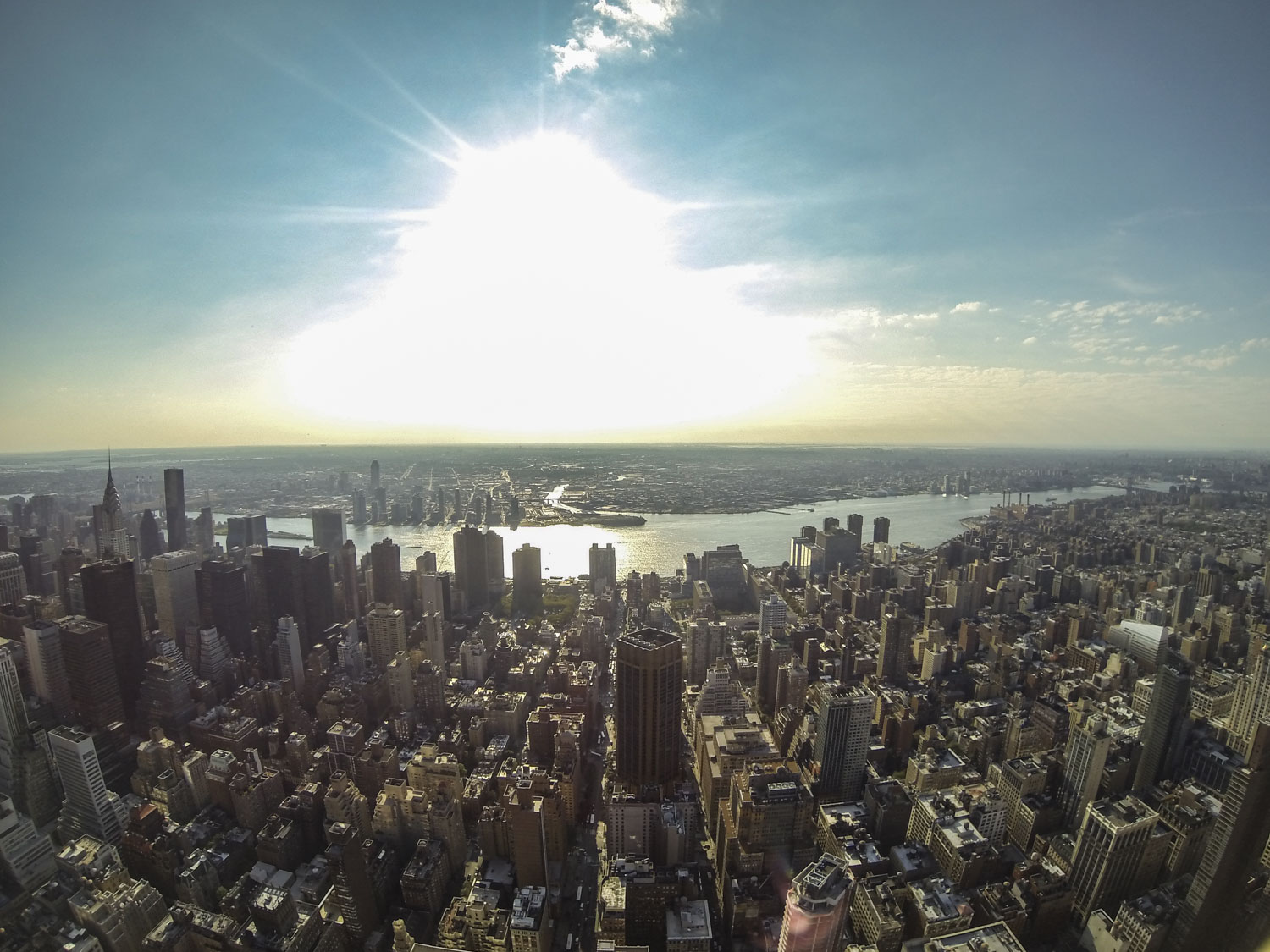 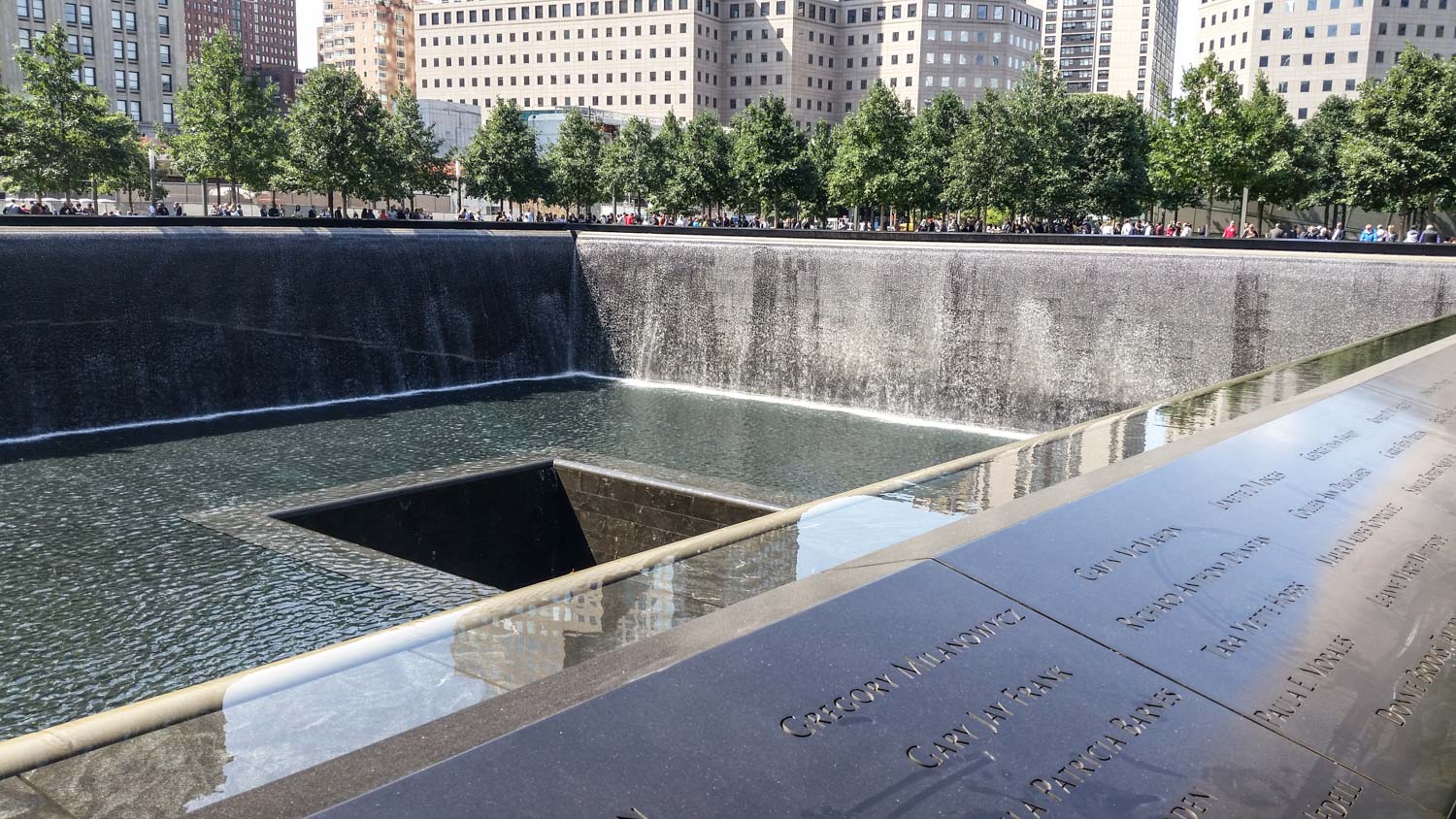 After meeting up with our friends who drove in from Pennsylvania, we all headed down to the 9/11 Memorial. The feeling of being at such a place where so much happened is indescribable. The memorial itself is beautiful and very moving, and if we had more time we would have gone inside the museum as well. 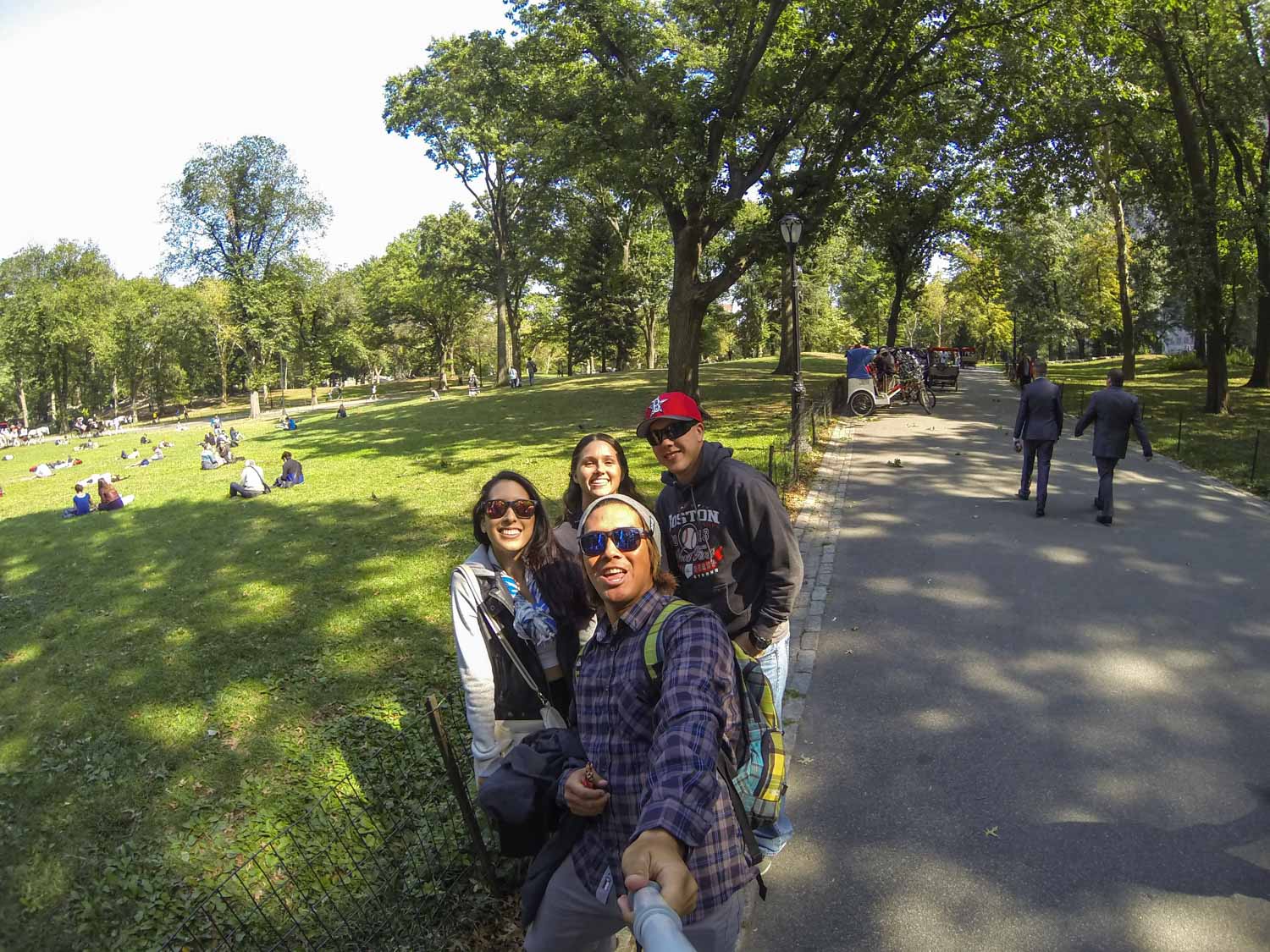 Catching the subway down to Central Park, (in the process we got to see Grand Central Station!), we only unfortunately got to catch a glimpse of the famous landmark. This was the one attraction we really wish we had more time at, and when we go back to New York we’re definitely going to spend a few hours here. Central Park is so huge, and merely walking inside for a few minutes was definitely not enough. Ideally we would have rented bicycles and rode around inside; it was so beautiful! 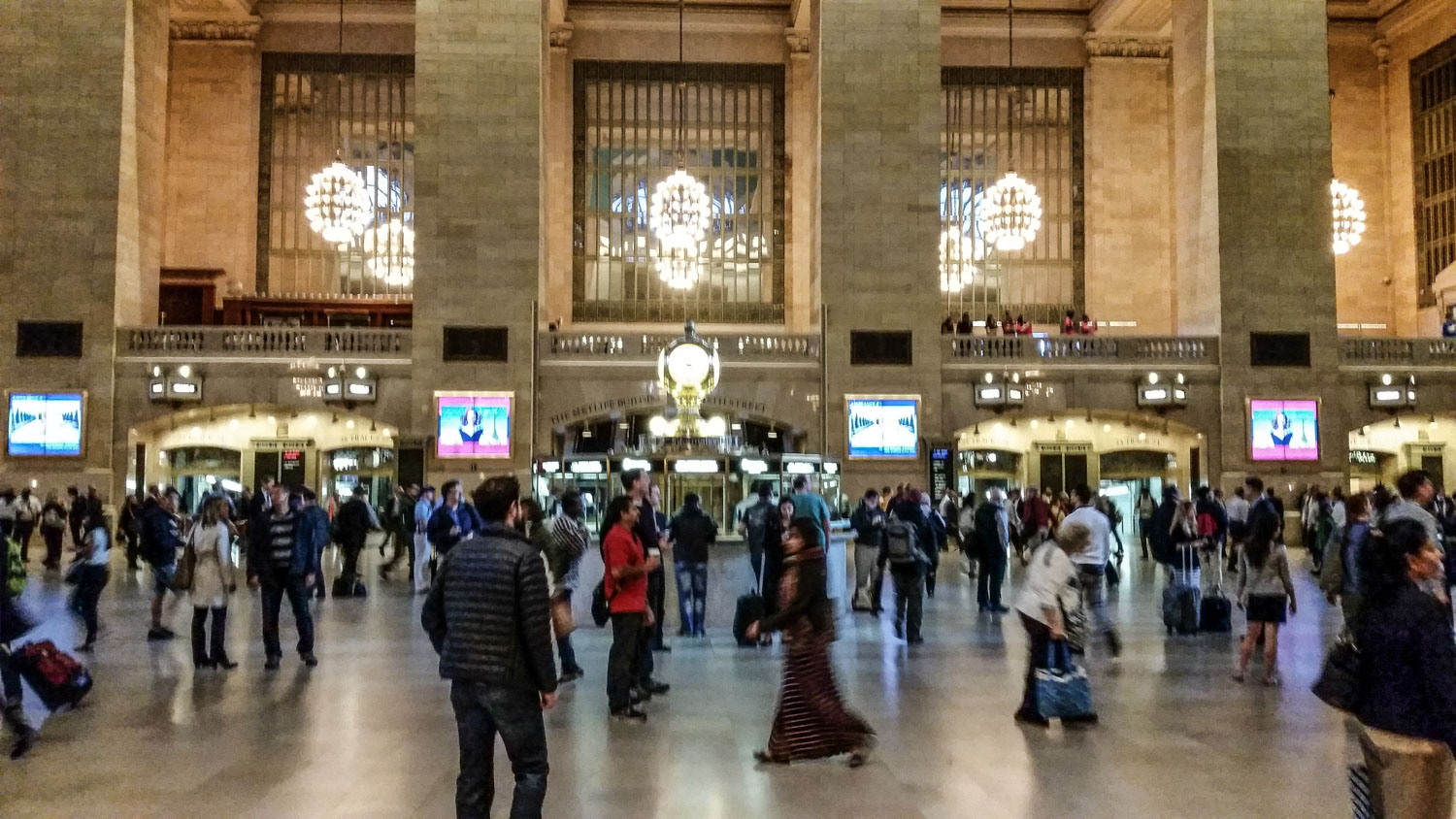 And there you have it, 36 full-speed hours in beautiful New York City. It was hectic and rushed, but every waking moment was filled with something new and exciting. New York gave a wonderful first impression on us; Jarden loved the hustle and bustle of it all, and while I prefer a slower place (seriously, these people walk VERY fast), we both are looking forward to going back and soaking in more of what the city has to offer. Until next time, NY!